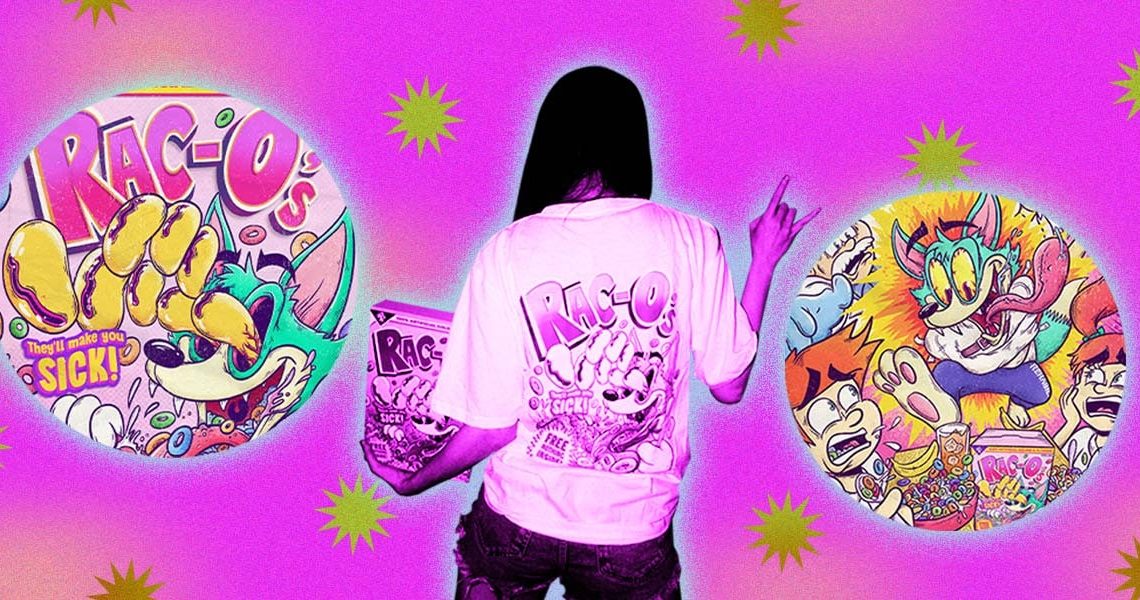 Not to be dramatic, but I’d do (almost) anything to go back to the Freebies Era. Remember when ice cream pints used to come with paper action figures and our fave cookies were packed with stickers? Forget Willy Wonka—those were enough golden tickets.

No thanks to the unstoppable wrath of capitalism each day, those surprise goodies are slowly becoming a thing of the past. So it’s not a surprise that we jump at the sight of any product that screams personalized and cute. Well, this might be the case for anyone who spots Raco Ruiz’s latest creation.

Introducing Rac-O’s Surreal Box ??
The most delirious way to start your day ?

This visual artist/video director decided that cereals are the best thing in the world—and he’s made his own artist merch in the form of “Rac-O’s Surreal Box” to show it. Plunging into familiar 2000s elements and colorways and mixing them tastefully, this merch screams extra. But don’t get us wrong, it’s not only the nostalgia that keeps us excited. It’s the heart of it—Raco’s perky, old-school comics design.

It’s packed with the nutrients needed to have a good headspace: an official “Rac-O’s” shirt, five holographic Rac-O’s stickers (plus a bonus “RR” sticker), an exclusive print… and actual cereal.

Each package is at P1,200 and you have only until Mar. 21 to make up your mind and order. So TL;DR: Yes, a real cereal box. No, it’s not available in supermarkets near you.

Cue in the product promo VO—we talked to Raco for more info. 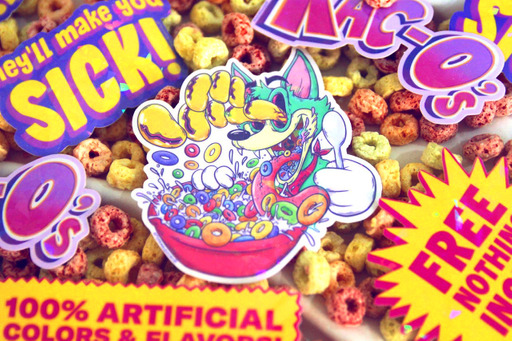 Your Surreal Box merch is absolutely creative. What inspired you to make it?
It actually started with this artwork I made just to poke fun at all the colorful and “fun” breakfast cereals we’d eat as kids that were being advertised as “nutritious” [despite] being loaded with tons of sugar and artificial colors and flavors. Man, talking about it is actually making me crave some right now, not gonna lie.

Then after I posted it on [Instagram], one of my friends suggested that I should turn it into a shirt, while others were requesting stickers or art prints of it, so then I thought… why not all three? And what better way to package it all than an actual cereal box, right? 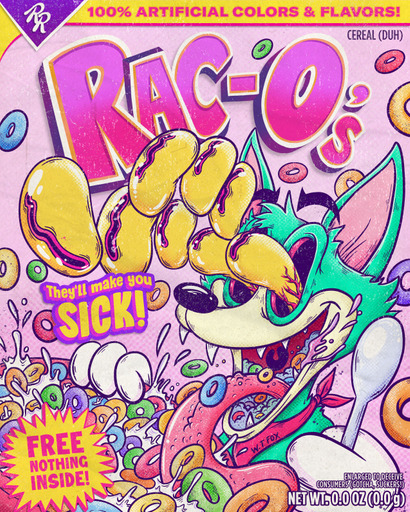 To someone who hasn’t seen your art yet, how would you describe it?
Imagine if a hyena ate an entire pack of Lisa Frank stickers, a bowl of skittles, some old K-Zone magazines and a bunch of traditional Japanese paintings, then barfed them all out. That’s how I’d like to think my art looks, more often than not.

How’s your relationship with cereal?
We actually started out as childhood best friends, and now we’re engaged. We were supposed to get married last year actually but we had to push back the wedding ‘cause of the pandemic.

When making art, are you more spontaneous or organized?
Very, very, very spontaneous. I’m very impulsive when it comes to a lot of things, especially my art. If an idea comes to me I have to get started on it ASAP—while the concept is still fresh and exciting in my head. If I don’t bring the idea into fruition soon after getting it, then it will probably be left parked in my idea notebook or drafts for God knows how long.

How do you deal with creative block?
I never face it head-on. I know that if I try too hard the ideas will simply never come in. So, I usually just take a shower or a long walk, or just watch something on the internet. [Then], the ideas just suddenly come flooding in. I get inspired by the most random things that my problem isn’t the creative block per se, but it’s that there are so many things I want to create that I have an incredibly difficult time [finishing] one project. I instantly get distracted by the latest idea that catches me off guard. 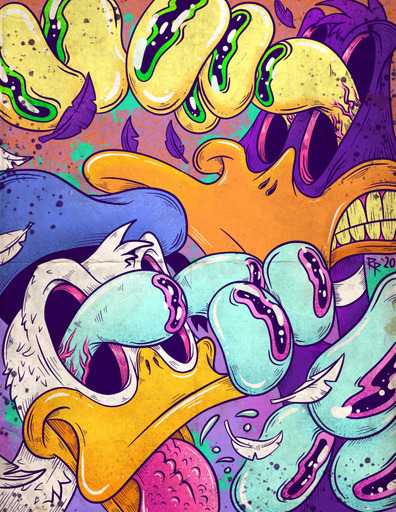 One piece of advice I can give though is that if you get an idea, always, always write it down. Or make a rough sketch of it as soon as you get said idea. That’s the first step when it comes to releasing something that’s trapped in your mind out into the real world.

If you don’t, it will just remain an idea forever. Or even worse, you’ll completely forget about it and it will never see the light of day. Once it’s out, you can leave it parked and come back to it when you feel like it. What’s important is you’ve already planted that seed and it’s just there waiting for you to help it grow.

SHAREHeads up, liberal arts majors with a penchant for edgy journalism and Jack...

Zild’s ‘Bungantulog’ lets us accept the harsh side of dreams