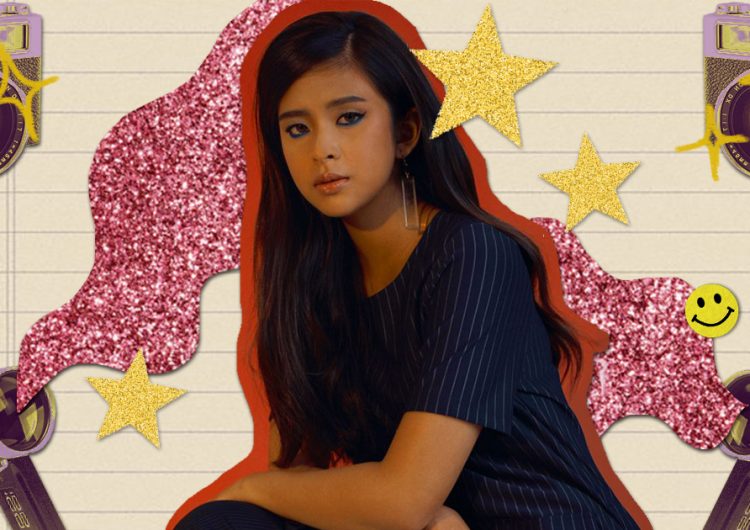 Gabbi Garcia getting her first lead role in a film? It’s what she deserves! The actress-host has experienced juggling different roles in a myriad of fantaseryes, comedies, and family dramas since 2012. Heck, she even sings her own songs. It’s about damn time that this dreamer is getting her biggest break yet.

Well, this story sounds familiar, especially if you’ve seen the recently dropped trailer of LSS, one of the lucky picks for this year’s Pista ng Pelikulang Pilipino. It features musician-dreamer Sarah (Gabbi Garcia), playing her guitar in a busking gig, waiting for people’s validation through drops of coins. Meanwhile, Zak, who’s played by Gabbi’s real-life boyfriend Khalil Ramos, serves as her all-time real-time supporter. The mood feels like a meet cute formula with shy smiles and awkward silences between strangers.

These are the exact elements behind what Gabbi claims as the biggest challenge in doing the film. “I think the struggle was Khalil and I know each other so much. We really didn’t expect us to work with each other,” she says in our short conversation with her recently.

“So it’s being back to basics. We have to look like strangers, even if we’re not. It’s really awkward but it’s fun also. And I learned a lot from him,” the actress adds. Despite this adjustment, Gabbi assures that her role is “very relatable” in this “feel-good” film. Well, what could be any more feel-good than a film with Ben&Ben in it?

“It’s very inspiring, and Ben&Ben is there. You know, you have a good plot, you have a good story, plus good music. I mean, they’re going to play all their new songs there.” The nine-piece indie folk outfit, who just launched their debut album Limasawa Street this year, is expected to send shivers down our spine in LSS. But wait up: In LSS, members of Ben&Ben aren’t only spearheaders of the soundtrack but also characters. There’s no elaboration on this yet, but what we’re sure of the band will get some well-deserved screen time.

According to LSS’ synopsis even, Sarah and Zak would countlessly fail in meeting each other until a Ben&Ben concert would make them bump into each other. Sounds interesting, right?

It seems like watching LSS will mean supporting Ben&Ben, Gabbi, and Khalil in their new ventures all at once. But Gabbi is asking us to root for the bigger picture, too: “I feel like it’s about time people support local films again.” We couldn’t agree more.

Early this July, we got some news that local films are finally getting weekend openings. That means the Film Development Council of the Philippines (FDCP) has pinky promised to have lesser chances of Filipino films getting pulled out early. In case you haven’t noticed: Some Filipino films get pulled out on the day of their release. Yikes.

However, just three weeks after this proposal, several owners of commercial cinemas filed complaints against the FDCP for what they describe as an “invalid” and “unconstitutional” film screening rule, which will ensure that Filipino films will be screened at least three days. Double yikes, I guess?

The road to keeping Philippine cinema alive may look quite long, but we’re getting there.

Photography by Koji Arboleda for SCOUT 29

SHAREHow do you elevate clothing? Expensive garments is one option. High production value...

SHARE[Trigger warning: One of the films in this article tackles suicide.] Now that...