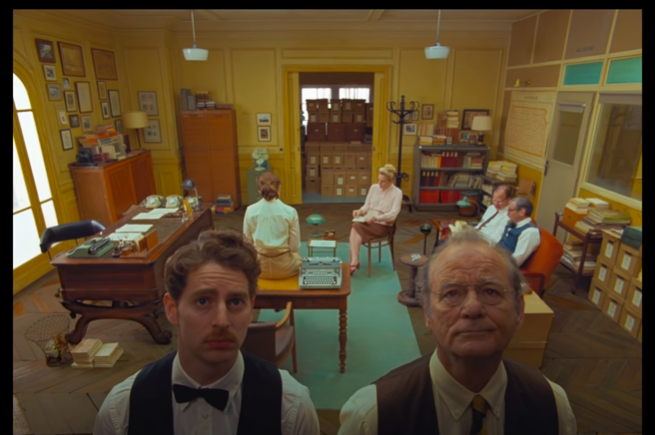 Cannes chief Thierry Frémaux revealed that Anderson’s newest film will be joining this year’s film fest lineup in July. In an interview with entertainment journalist Ruben Nepales, he said: “Regarding films, I, of course, won’t tell you any title except the films that we all know were already selected from last year, including by Wes Anderson (“The French Dispatch”) and Paul Verhoeven (“Benedetta”). They will be back in the official selection.”

Originally slated for Cannes 2020, “The French Dispatch” had to be indefinitely postponed because of the COVID-19 pandemic (like everything else). Set in 20th-century France, this film follows a foreign press team as they decide to publish a collection of memoirs: an artist sentenced to life imprisonment, student riots and a kidnapping where a chef gets involved.

From the teasers, it’s obvious that the auteur’s signature vomit of symmetry, mystery, pastels and eccentric characters are on a roll. While we do another round of waiting, here’s the trailer for your 57th viewing.

Still from “The French Dispatch” trailer

Next stop: the gramophone?