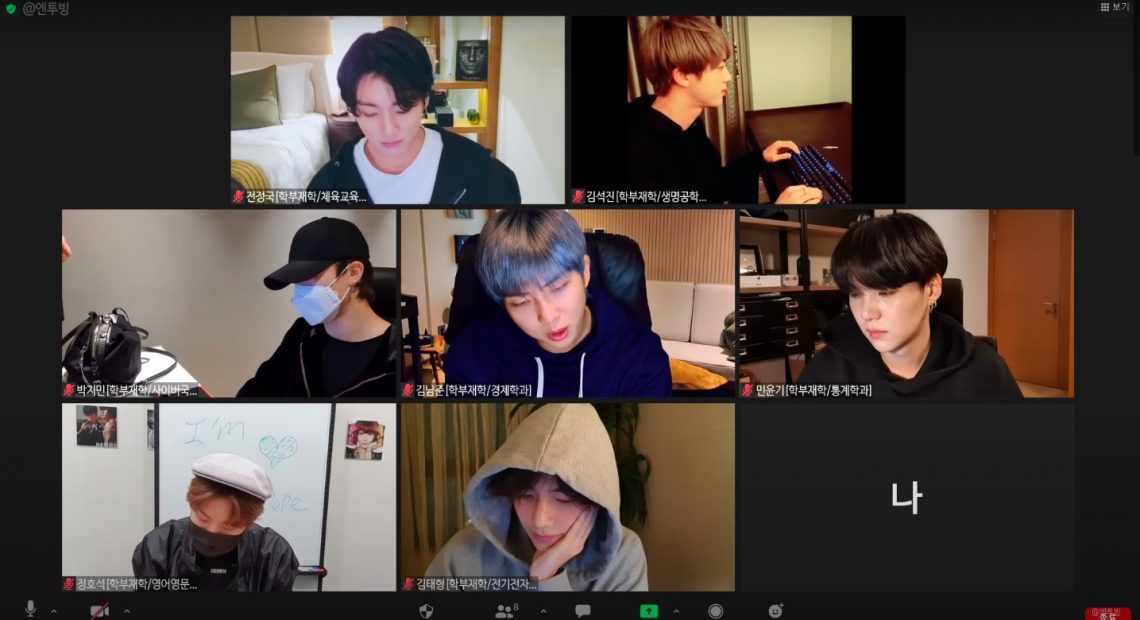 No one asked, but the only self-attached label I’ve consistently lived up to lies in my social media bios: “Leader, short attention span social club.”

For someone who gets excited about ticking off to-do lists, I get a pretty bad grade at Staying Focused On One Thing™. Nevermind if it’s an obligation (writing a story) or something less serious (watching tutorials). I’d always have the itch to do something else every five or 10 minutes—even if it means re-arranging an organized fridge—before returning to my “original” activity. My life is a clusterfuck of buzzers I fail to beat.

Speaking of productivity, I noticed that “With Me” videos frequented my mutuals’ search engines during this pandemonium. YouTube reveals this theme started way back 2010, turning lonely solo tasks into more enjoyable communal ones. But thanks to The Verge, I realized how this is now happening on a larger scale—with skyrocketing views to boot.

My life is a clusterfuck of buzzers I fail to beat.

“Daily views of videos with #withme in the title have increased by 600 percent since March 15th compared to the rest of the year,” they wrote in March 2020. There’s “grocery shopping with me,” “get ready with me,” “make VSCO bracelets with me” and “study with me,” a well-intentioned way to hypnotize students to focus on schoolwork because a stranger onscreen is disciplined enough to do so.

It seems “study with me” or gongbang videos particularly stand out. In February this year, Vice reported about how these have stormed the internet as people find pleasure in gazing at neat desks and observing a human as the poster of productivity. Plus, there’s also the ASMR-like experience.

Unlike everyone, I understood the hype but never really signed up for it. Blame my messed up attention span again—I couldn’t finish one whether I stared at it or played it in the background.  Until I found “Study with BTS.”

I can’t remember when I dug this up on YouTube. But I do recall my mother’s first reaction upon seeing a bunch of (charming, showstopping, effortlessly perfect) Korean boys in small windows sitting in front of me, all squeezed into the right side of my laptop’s split screen: “What’s that? Is that live?”

I wish it were, but how this video was edited by user 엔투빙 [N2BING] was already enough to pull me in right off the bat. Thanks to clips compiled from individual livestreams, RM, V, Jungkook, Suga, Jin, Jimin and J-Hope look like they’re actually doing their own thing unconstrained—with me.

The video’s compelling nature is thanks to its Pomodoro 50 x 4 technique: It’s divided into four parts with specific music per session, peppered with breaks in between. It’s solemn but not the kind that’ll lull you to sleep; it’s delightful but not distracting (um right, ARMY?). 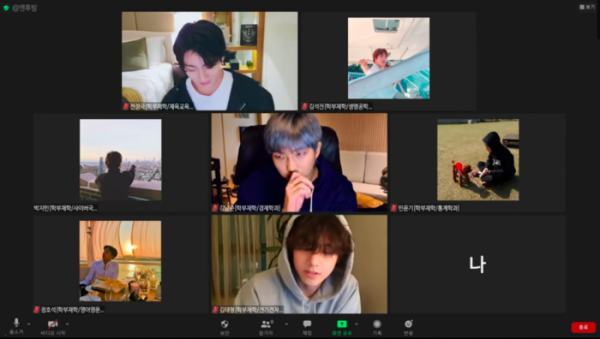 The start of the Zoom call

Surprisingly, placing this video on my screen worked wonders on my productivity. I began accomplishing tasks faster, produced more ideas and had fewer urges to tinker with anything at arm’s length. “Casually finishes one week worth of homework in under 4 hours,” one comment says.

But it doesn’t end at that. Like what “study with me” videos do to people, this Zoom call with the Bangtan boys has hypnotized me hook, line and sinker that I started playing it when I didn’t even have a task.

The video’s comforting nature can be credited to how realistic it is, like how the boys slowly entered the virtual room (RM, V and Jungkook were the first ones); and how RM, the group’s leader, was the only one who stayed in the entire four-hour session.

It’s also in how each member is assigned a specific course/subject (Jin for biomedical engineering? Iconic) and how it’s filled with intimate sounds (I’m talking about the Apple pen clashing against glass and their own bedrooms breathing). And of course, the whole setup screams “quarantine.”

No wonder Teen Vogue reports that being a fan improves our mental health.

Maybe I watch it to feel a little less lonely, and at a time when interactions are overwhelming. I love how I can just sit back on my chair, with my old shirt and disheveled hair, and stare at a huge window of superstars who won’t care if I don’t make sense.

Maybe I watch it to feel a little less lonely, and at a time when interactions are overwhelming. I love how I can just sit back on my chair, with my old shirt and disheveled hair, and stare at a huge window of superstars who won’t care if I don’t make sense.

Recently, The New York Times wrote about languishing a.k.a. our blah feeling during this time. While there hasn’t been any study that has linked “X with me” videos to quarantine loneliness yet, a piece of advice from the article can clue us in on the effectiveness of videos like “Study With BTS.” “Give yourself some uninterrupted time,” it says. “We can find solace in experiences that capture our full attention.”

Still from “Study with BTS”

SHAREThesis szn doesn’t really bring out the best in all of us. Of...

SHAREWe have to admit it: Vacations are our biggest motivator. Thinking of our...