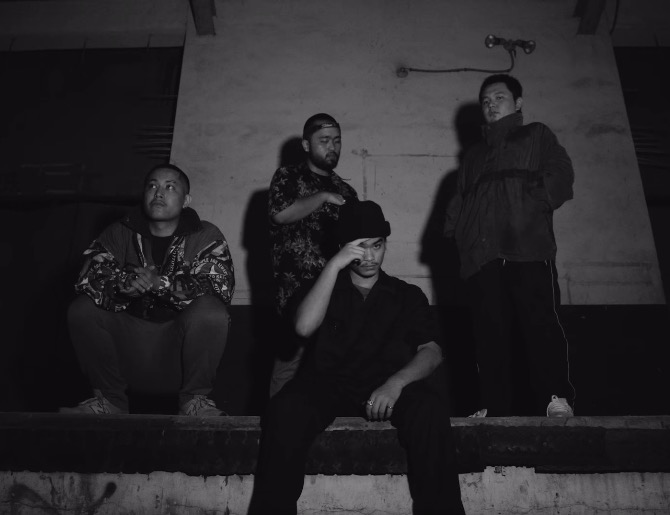 “Do you really wanna see me, the real me?” Delinquent Society asks in their latest track. To that, we answer, “Hey, sure, why not?”

The Davao-based hip-hop collective certainly gave us a peek of what they’re made of in the visual for their new drop “Real Me.” Produced by frequent collaborator Nav-Eye, the track marks Delinquent Society’s first offering of 2021 as well as the first single off their sophomore album dropping later this year.

The music video directed by Murphy Caballero opens with a photosensitive epilepsy warning, just as it transitions into a series of black-and-white, found footage-styled visuals set in graffitied underground locations and spliced with hazy effects. All the while, Delinquent Society spits bars upon bars to seal their spot in the local—and international—rap scene with heavy verses delivered by Aud, Fusr, Mellow Marc, and Contemplate.

“Right now, we’re already working on our second album,” Delinquent Society told us in a previous interview. “We want to turn things up a notch, little by little. So better watch out ’cause we on to some big tingz! Davao City Up!”

And hey, “Real Me” is precisely a preview at those “big tingz.” Watch the MV below.

Read more:
Trust Delinquent Society, they’ll be on that global scene soon enough
Limits are a thing of the past for Davao’s Unlabeled Collective
Kartell’em is in it for the long run, just listen to ‘Tell’em Wasak’

Still from “Real Me” MV

Missing old Filipino films? You can watch them in the cinema

SHAREJust in case you’re wondering: No, we’ll never get over Bujoy and Ned...

Earlier this year, there’s been a lot of rumors of a Harry Potter...

SHAREBawal Clan is kicking off 2019 with a new song, music video… and an...