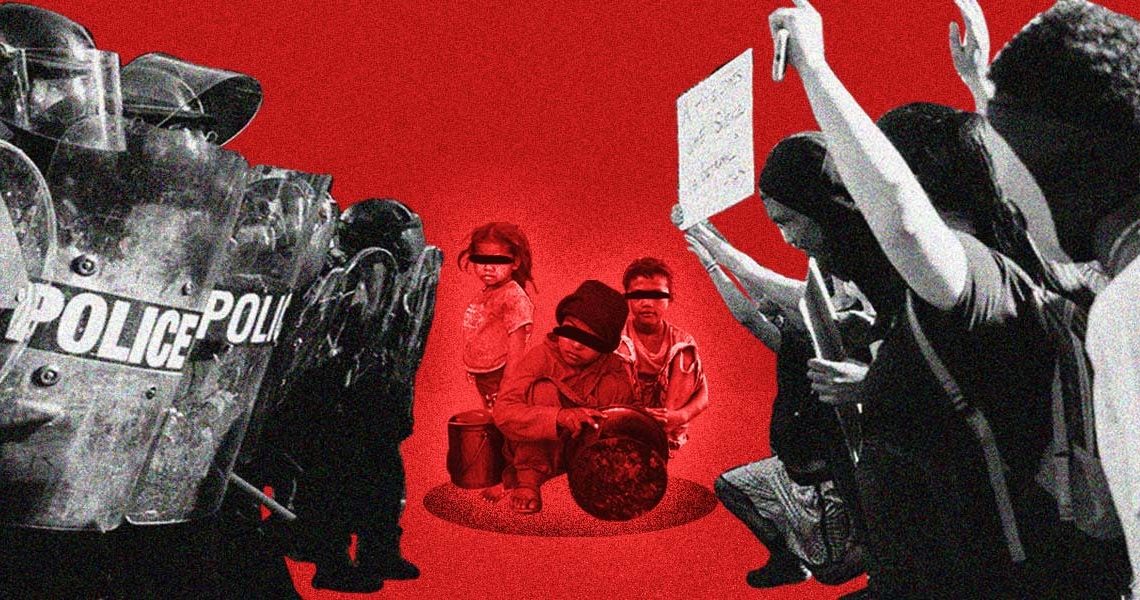 Don’t use child labor to villainize people demanding for change

Recently, we’ve been seeing the same image on our newsfeed: Reymark, a 10-year-old boy, pictured in a field. He is the one being followed by a new “Kapuso Mo, Jessica Soho” documentary. But this kid isn’t running around or playing with friends. The frequently shared stills from the video show a white horse named Rabanos behind him—his companion in plowing a two-hectare land.

(I’m still young and I already work like this. I am so tired already of plowing the field. But it’s okay, I can do it as long as it’s for my family.)

Through farming, Reymark gets money for medicine and sardines, which is also a way to help his grandfather Rudy who, on the flip side, harvests the crops. But another thing the boy gets from his job? Wounds.

This is why it’s no surprise that this heartbreaking story went viral, and is now being retold in different perspectives. But is it for good reason?

This is why it’s no surprise that this heartbreaking story went viral, and is now being retold in different perspectives. But is it for good reason?

Apart from the distress and pity this story has received, several reactions on the internet show symptoms of romanticizing resilience—painting the kid an “inspiration” versus people who, according to them, “do nothing but complain.”

I’ve come across multiple posts intentionally juxtaposing Reymark’s photo with people in protests. Their argument often starts with, “You have no right to complain if this kid can work hard.” The comment thread gives off the same vibe, further villainizing people who demand for aid or change—especially ayuda (monetary assistance during this pandemic).

Reymark suddenly becomes romanticized as a role model when he shouldn’t even be in that situation in the first place. No one deserves to be forced to work at a young age, and it only happens when you’re under a broken, unfair system. So why is he being pitted against people who also need the same kind of help? Why use an obvious case of child labor and systemic poverty to frame protests as evil?

So why is he being pitted against people who also need the same kind of help? Why use an obvious case of child labor and systemic poverty to frame protests as evil?

The people who speak up in the streets can be the same ones we see on TV who sacrifice for their families but are overworked and underpaid. The people calling for change—may it be about minimum wage or farmers’ rights—can be the same ones who might help pull Reymark, or those like him, out of poverty in the future. Above all, let’s not forget how we, as a democracy, carry this right to free speech.

They’re both struggling, are stuck with limited choices, and victims of the system that prioritizes people in power.

So before comparing these situations, think of how they’re the same first. They’re both struggling, are stuck with limited choices, and victims of the system that prioritizes people in power. If you think that asking for government assistance is too much, then maybe it’s time to check your privilege.

Isn’t it weird that we’re making citizens looking out for each other the enemy?

To help Reymark, you can send donations to:

Bank: Landbank of the Philippines

SHAREHere at Scout, we sometimes write about the nice things we want to...