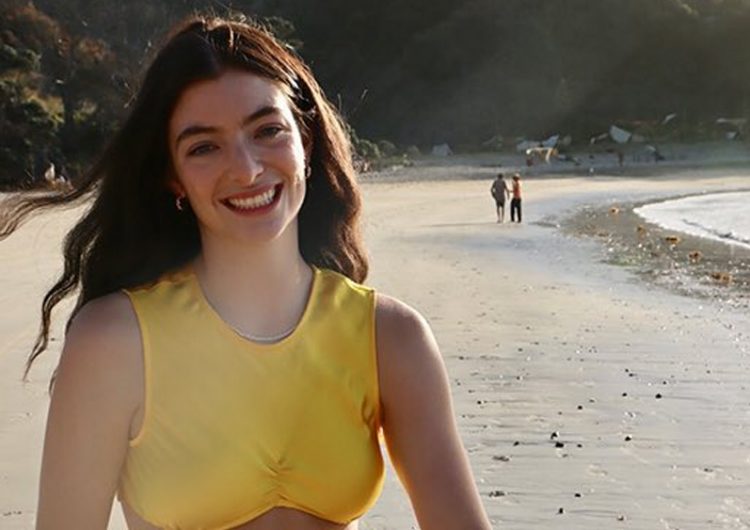 Now that the drought is over, Lorde stans are ready to clink glasses to every update moving forward. Yesterday, June 21, the singer-songwriter-onion rings critic blessed her fans with another sacred email.

A little under two weeks since “Solar Power” happened, Lorde revealed that the third album (of the same name) agenda is in full swing. “The album is a celebration of the natural world, an attempt at immortalizing the deep, transcendent feelings I have when I’m outdoors,” Lorde said in a statement. “In times of heartache, grief, deep love, or confusion, I look to the natural world for answers.”

In the announcement, not only do we find out about the tour dates (starting February 26 in New Zealand) and how this record is her post-“I’ve learned to breathe out, and tune in” output, but also this: #CDsAreOverParty.

True to her album’s vision of “honoring the natural world,” Lorde has decided not to release physical CDs. “I didn’t wanna make something that would end up in a landfill in 2 years, but more than that, I wanted to make something that symbolised my commitment to asking questions of our systems, and making stuff with intention and sensitivity,”  she wrote.

What are fans getting instead? An “eco-conscious music box”—think exclusive photos, handwritten notes, bonus tracks, and a download card accompanying it.

“I decided early on in the process of making this album that I also wanted to create an environmentally kind, forward-thinking alternative to the CD. I wanted this Music Box product to be similar in size, shape and price to a CD, to live alongside it in a retail environment, but be something which stands apart and that’s committed to the evolving nature of a modern album,” Lorde added.

Bold of Lorde to assume that her albums would just end up in landfills, but we respect and stan a consistent eco-conscious queen. And, well, a vinyl release is still possible by the looks of her web store.

While waiting, here’s the track list for another theorizing session (because that’s what Lorde trained us to do):

SHAREThe Palme d’Or is the highest prize at the Cannes Film Festival. Last...