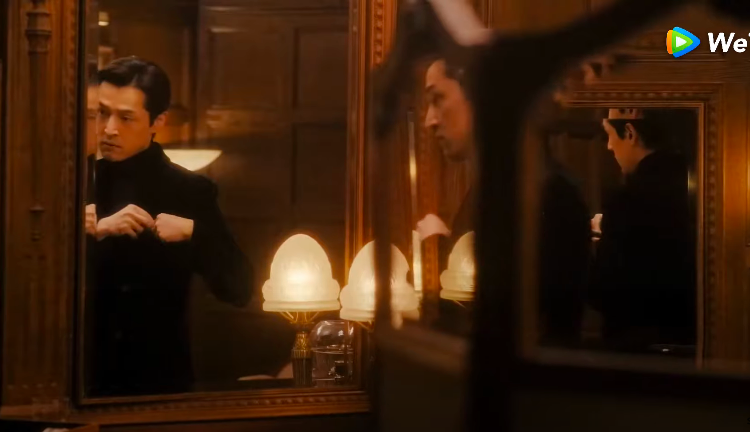 I can’t believe I’m saying this, but here we are—we’ve lived long enough to witness a Wong Kar Wai series. And if you missed it, the trailer is here.

This month, we get the first glimpse of “Blossoms Shanghai,” the auteur of loneliness’ first-ever TV series. Created, directed, and produced by Wong and written by Qin Wen (“My Best Friend’s Story”), this upcoming drama project is adapted from “Blossoms,” Jin Yucheng’s landmark novel.

Glitz and glamour dominate the production design of the sneak peek, with a sleek-looking man in a tux (Hu Ge) leading us to 1990s Shanghai, in its height of capitalism and profit. Here, Hu Ge plays Mr. Bao, an “enigmatic self-made millionaire” who ventures to Shanghai in the hopes of reinventing himself—a.k.a. an attempt to break away from his dark past of being a young opportunist. Soon, he finds himself entangled with four women who represent his personal pursuits: adventure, honor, love, and innocence.

Not to go full stan, but I’ve already noticed some Wong Kar Wai elements in the trailer: how the slow motion depicts someone gliding through a crowd, the old-school regal treatment, and the play on mirrors and silhouettes. Add the fact that the cinematographer is award-winning Peter Pau (“Crouching Tiger, Hidden Dragon”), and the refined atmosphere makes sense.

Wong previously described “Blossoms Shanghai” as the third part of “In The Mood For Love” and “2046,” so we’re just as invested as you are.  I mean, it’s his directorial comeback after eight years, after all. Better keep our tabs open for its international debut in 2022.

Still from the “Blossoms Shanghai” trailer

Nowadays, it’s kind of unusual to ask for help. I mean, Google has...