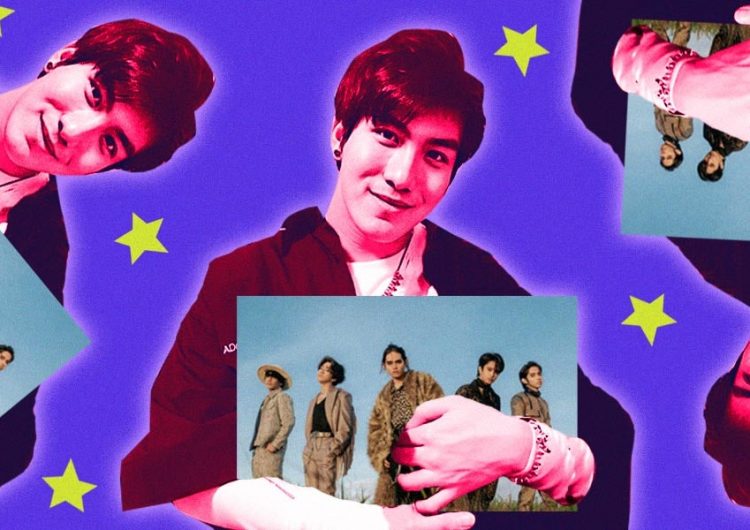 Almost a year ago, Hayley Williams practically became a member of A’TIN after complimenting Pablo’s cover of “Turn It Off.” As the fandom continually grows with the band’s recent fiery releases like “What?”, it’s not surprising to witness stars become SB19 converts. And today, it looks like A’TIN needs to save another seat.

On Twitter today, July 7, Thai actor and singer Jirakit Thawornwong made a confession. “Oh my… This song made me cry so hard… Good lyrics,” he said, linking to SB19’s lyric video of “Mapa.” TBH, we haven’t completely moved on from the heartfelt, moving song either—so that’s completely Relatable™.

Oh my…
This song made me cry so hard…
Good Lyrics https://t.co/2lnwl51Lwl

Jirakit has appeared in recent Thai TV series like “The Gifted,” “Dark Blue Kiss,” and “A Gift for Whom You Hate.” So this momentary crossover is marked as today’s breakout tweet for the fans.

SB19’s Josh previously shared, “Pablo first composed the melody [of ‘Mapa’], getting inspiration from a lullaby that his mother would sing to him when he was a child. He wanted to make a song that conveys the feeling of being taken care of by one’s parents.”

Jirakit, now that you’re on the “Mapa” zone, I’d say heed the call of A’TIN in the replies: Sob over “Mapa” featuring Ben&Ben next. Thank us later.

Real recognize real: Hayley Williams vibes with SB19’s Sejun
I may have shed some tears for SB19 and Ben&Ben’s ‘Mapa’
Wanna get to know SB19? Just peep their fresh fashion drop

Check out these 10 student-made films on climate change, all streaming for free...

SHAREMy adventures inside Booksale remain unmatched. Yes, even if you put my trips...

SHAREBy Celene Sakurako To celebrate the two year anniversary of the release of...