I can’t get over Big Time Rush’s potential comeback 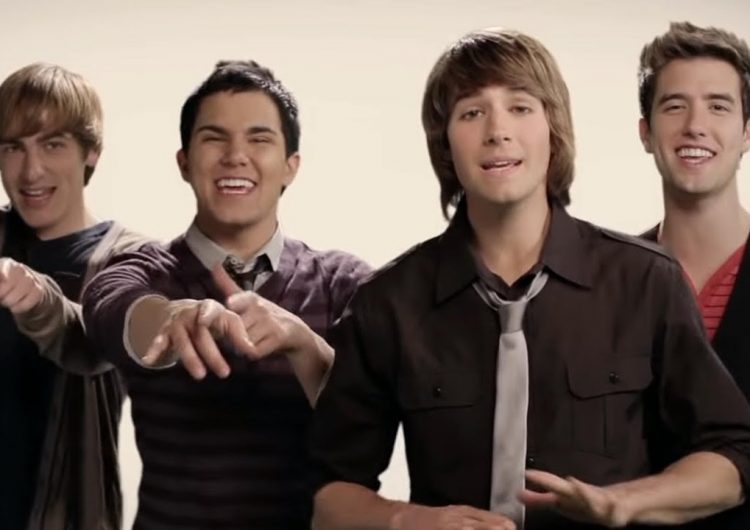 The time for reunions and comebacks is still upon us. The next one on the potential list? Big Time Rush.

The four-piece former Nickelodeon group may have just teased a potential comeback after its official Twitter account @bigtimerush changed its profile photo and header into a blank red image. Not only that, all four of its members—including Kendall Schmidt, James Maslow, Logan Henderson, and Carlos PenaVega—did the same thing for their personal Instagram profiles.

🚨| Big Time Rush seems to be teasing a comeback as their socials and the members have changed to a red layout. pic.twitter.com/GGiIGTLUUm

The people of the interwebs were quick to catch this sudden and suspicious inclination for the color red. And just as to be expected from Stan Twitter, they came to the conclusion that a reunion may be on the horizon.

After starring in Nickelodeon’s “Big Time Rush” series from 2009 to 2013 and calling it quits after their final tour a year later, fans last spotted the group together during a 2020 Zoom reunion, where they performed an acoustic mix of their track “Worldwide” while in quarantine.

We’re hyped, but this isn’t the first time we’ve been given crumbs of boy band reunions without the payoff (looking at you, One Direction.) Are the concrete clues a good sign? Is this just an elaborate scheme by Taylor Swift to promote “Red (Taylor’s Version)”? Only time, or their official Twitter accounts, will tell.

Read more:
My life as a closet Directioner (and how it’s not “too late” to be a fan of anything)
Studying with BTS makes me feel less lonely
6 things I want to buy from Nickelodeon’s style page

Still from “Any Kind of Guy” music video

SHAREOur resident wunderkid director is going to bring all the feels to Switzerland...

SHAREWith Met Gala 2018 storming the internet this week, people outside of the red...

SHAREDon’t go offline yet—not until you’ve checked out Firegod’s latest release. With both...