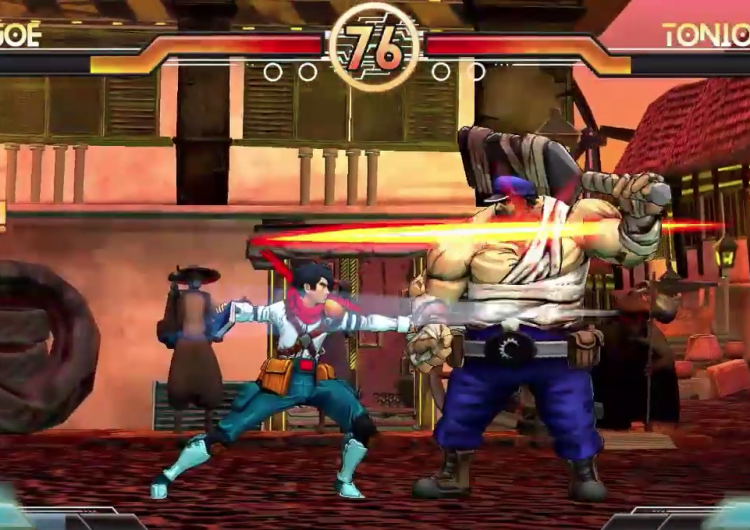 Fuego! Are you ready to fight with a bayani this Independence Day? And no, we don’t mean metaphorically. We mean actually fighting with them using a controller.

Ladies and gents, we’d like to introduce to you BAYANI, a one-on-one PC fighting game created by indie game development company, Ranida Games. If you hadn’t guessed from the title yet, BAYANI takes inspiration from local heroes but amps up the historical narratives to create a mythological fighting game about super-powered humans fighting against a colonizing super villain. Sounds familiar?

BAYANI currently has a demo version available for play, but there will be an early access Steam release on Jun 12. Four playable characters, namely Joe (José Rizal), Tonio (Antonio Luna), Leon (Emilio Aguinaldo) and Oria (Gregoria de Jesús), an arcade, versus and training mode, and three full stages will be ready for the public. BAYANI also has a full three-minute trailer that can rival any shounen anime’s opening sequence. Even local band Slapshock were so impressed that they offered to let the team use their song “Bandera” as the game’s official theme song.

Players will be getting more options through updates until the full release, which hasn’t been specific yet. But according to FChamp, he expects the game to be a hundred percent ready in six to eight months.

Maybe we’ll get it on Christmas? Or even better, Jose Rizal’s death anniversary? But that’s just us speculating. We just really want to get our hands on that mage-type Tandang Sora and also maybe rough up the big bad colonizers.

We talk to Ranida Games CEO Ben Joseph Banta about what we can expect for the game’s future.

How are you feeling now that BAYANI is nearing its release? What are your expectations?

Nervous, excited⁠—I guess similar to like having a new baby born? We’ve been working really hard on this game for years and now it’s finally going to be launched, though still in early access. But having it available for everyone to play, enjoy and criticize makes it really nerve wracking. We are really hoping that the game will sell well, well enough that it can support further development on its own.

What do you see BAYANI achieving year from now?

I definitely would love to see BAYANI a year from now as a game that is played by thousands of people⁠—here and abroad, and as one of the games played in different local E-Sports leagues.

Why was it important for you guys to feature Filipino heroes in particular?

Ranida Games has been developing local themed games ever since we launched our mobile game Philippine Slam. With BAYANI, one of our goals is to at least help in getting the young generation of Filipinos interested in our history, though BAYANI does not give “in-your-face” lessons, we wanted BAYANI to at least pique the interest of the players and make them curious enough to research about the personalities where the characters are inspired from.

Can you give us any hints about what the game’s story mode plot will be about?

All of the characters will be trying to find their identity, their role in the war, if they’re truly worthy of being a hero. Also, how they will have to settle their differences for the common good of their country.

That intro is crazy! Is creating an animated series part of the BAYANI team’s goals too?

Yes! Having an animated series of BAYANI is part of the dream. Hopefully in the future, we’ll be able to find a partner that would help us fund this. Our partner, 9 Lives animation, did a superb job in making our intro, and if ever there’s a chance for us to create an animated series or a mini-series for BAYANI, we’ll gladly work with them again.

SHAREKanye has been thematically biblical the past year. He’s been holding his regular...

SHAREClothing brands Quasi- and Wednesday link up for a capsule collection entitled “No...

One of the best things to do while in Manila actually isn't only...