Get up, Fionna and Cake of ‘Adventure Time’ are getting a spinoff 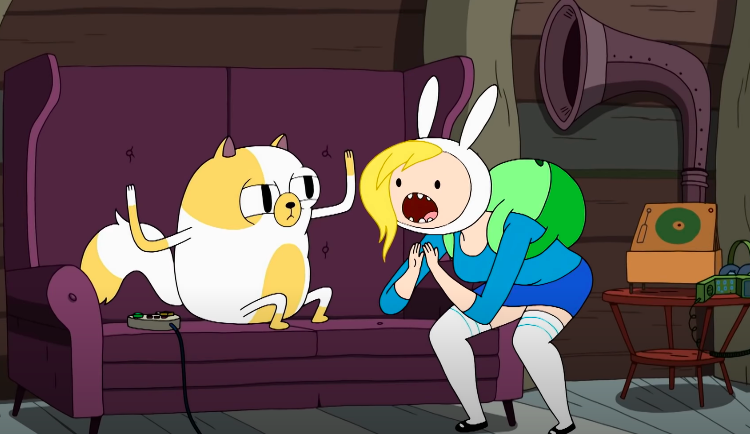 If you’re on the lookout for another source of free-flowing serotonin, “Adventure Time” has cooked something up for you—which you may or may not have asked for from the cartoon gods before.

HBO Max is picking up a piece of the well-loved animated series, but for this, it’s all about expanding the franchise with the thrill-seeker Fionna and magical cat Cake as honchos. Currently titled “Adventure Time: Fionna and Cake,” the 10-episode series will be a “multiverse-hopping adventure and journey of self-discovery” of the duo, according to Variety.

Fionna and Cake first appeared on the Cartoon Network show in its third season, presenting themselves as the gender-swapped versions of protagonists Finn and Jake. For this spinoff series, the two will be joined by the former Ice King, Simon Petrikov, while a “powerful new antagonist” in the shadows hunts them down in the hopes of deleting them from existence.

There’s no word on the premiere date yet, but at least we have the Bubbline spin-off to keep us company.

A eulogy to “Adventure Time” and why it’ll never die

It’s official: Joshua Garcia and Charlie Dizon will be in one show

Y’all aren’t ready for this

SHARESummer left the Philippines and entered America. However, our unpredictable weather’s inclement-sultry interchange...

SHARETo boldly go where no Filipinos have gone before. With our country’s latest...

7 lessons to take note of from ‘Flavors of Youth’