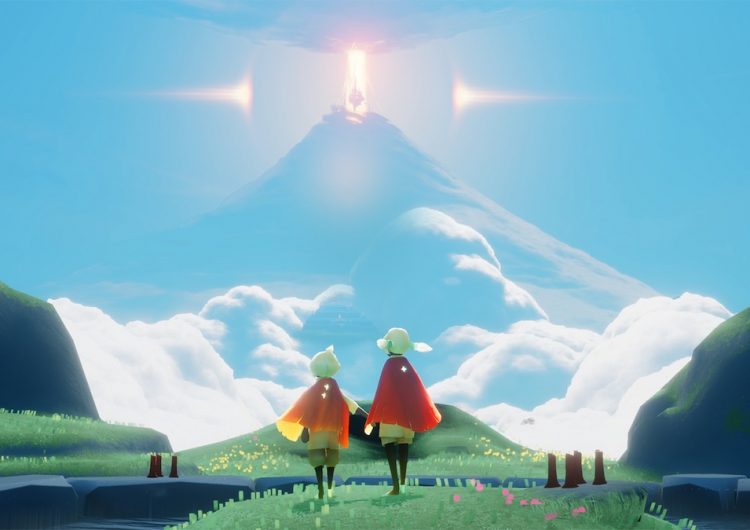 Life’s tough, and the ever-growing pile of pressure could feel like it’s on the brink of toppling down right where you’re standing. Anxiety isn’t fun and games, but during these hard bouts, all we want to do is press pause and zone out, even just for a while.

While our grandparents might raise their brows about our bias for video games, let’s be real: Sometimes, they help you breathe just a li’l bit better. We’ve covered the mental health apps to help you get by, but for an extra boost, take these seven calming games on your journey, too.

With a stressful job and a chaotic city life, Tsuki is a universal mood. Luckily for him, Tsuki has you: a guardian who’ll help him get whisked away to the simpler life in rustic Mushroom Village, where his to-do list is filled with fishing, reading, and eating ramen with a panda friend. Long story short, it’s pretty much bliss.

Club Penguin vets, you can finally fulfill your 10-year-old self’s dream of an arctic metropolis. In Penguin Isle, penguins will slowly wobble into your tiny ice floe until you have a full-fledged land large enough to flex your city-planning and design prowess. And thanks to the soothing sounds of crashing waves and an equally relaxing OST, the game doubles as an ASMR haven.

Riding a dragon might not be something you’d regularly file as “relaxing,” but Lunar Flowers seems to do the trick. Here, you and a princess will venture to an aesthetically pleasing world of gentle seas and celestial landscapes to solve puzzles and challenges, soundtracked to a calming original score. If you like your mystery with a side of chamomile tea, then this one’s for you.

Clicker games are mindless fun, but if you need to zone out, then they’re right up your alley. With its dynamic graphics and zen vibes, My Oasis covers most grounds for calming games—all you have to do is collect all sorts of wildlife to populate your own Eden-esque escape. (And, yes, those are all a tap away.)

Sky: Children of the Light

Chill gameplays aren’t always an individual affair. Take Sky: Children of the Light for example, where players can team up with other folks to explore dreamlike realms. The open-world game lets folks play dress-up with character customization, and uncover stories and mysteries that tug at heartstrings, all the while meeting gamers from across the globe. If you’re lucky, you can also catch the limited cameo of a certain Little Prince. Sweet, right?

Here’s an elevator pitch: “Where’s Waldo,” but make it black and white. Hidden Folks is straight out of your childhood picture books, now made into an easy-to-play game. Hand-drawn by creator Adriaan de Jongh, players are presented several scenes where they can poke random interactive items to uncover some, well, hidden folks.

Sure, we’ve heard about cat-collecting games where felines happily infest your house. But consider this: otters. In Rakko Ukabe’s world, you become the adoptive parent of a number of these friendly creatures in a seaside house—at least, temporarily. With over 100 types of otters, you can spot any of them lounging around your place, where they’ll award you a medal once it’s time to head back home.

Read more:
4 mental health apps if everything feels too much
If you feel like turning off your brain, play these weird AF games
5 escape room mobile games to work your brain out

Still from Sky: Children of the Light

SHAREOkay, listen up ladies. We’re getting Rihanna the recognition she deserves for “ANTI”....

Join Fern. in a ‘Groundhog Day’ glitch for his ‘Looping’ MV