An aromantic-asexual duo are leads in this J-drama 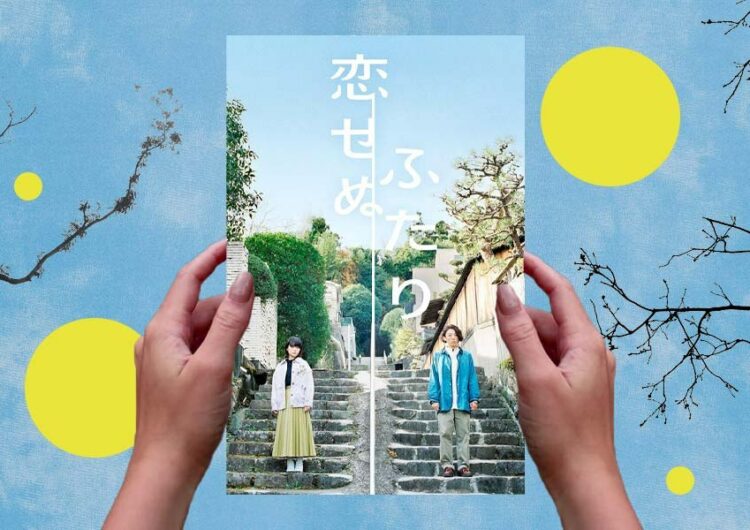 The Under One Roof trope, but make it a wholesome comedy? We found a new show for that kind of watchlist.

To add to our small but expanding pool of media that champion folks in the asexual spectrum, we picked up one of the recos from the Japanese drama side of the interwebs. Dubbed a “non-love comedy,” “Koisenu Futari” (Two People Who Can’t Fall In Love) is a TV series about “an aromantic and asexual who begin living together” that started airing on NHK Japan network on Jan. 10.

According to the rough translation on NHK’s official website and My Drama List, the story follows Sakiko (Yukino Kishii), a woman who isn’t exactly enthusiastic about the premise of love, a view which is mainly fueled by society’s expectations that everyone falls in love. One day, she goes to the supermarket to support a “fall-in-love” campaign product planned by a junior at work. There, she meets Takahashi (Issei Takahashi), a supermarket employee who catches her attention after hearing him say that “some people don’t fall in love.”

Aside from struggling against the romance “norm,” Sakiko is also pressured by her mother’s wish for her to get married. This pushes her to move out and share a space with her friend instead, only to be left alone as that friend reconciles with her ex-boyfriend. The twist? She ends up living with Takasahi, the person with whom she shares the same values towards romance. The program description itself, in rough translation, talks about terms like aromantic, asexual, aromantic sexual, and aromantic asexual.

Picking up from our refresher on LGBTQ+ terms, an aromantic person is someone who lacks romantic attraction to anyone, while an asexual person has little to no interest in sexual activity, or lacks sexual attraction to others.   The show’s choice of making two people in the spectrum as main characters are what the Reddit threads are here for, aside from its funny atmosphere and relatable narrative. Viewers also hope that it progresses well until the end, serving the aro/ace rep our screens truly deserve.

Directed by Doi Shohei and written by Yoshida Erika, “Koisenu Futari” currently has four episodes and runs until March 2022. Here’s to dispelling the myth that asexuals don’t exist, one story at a time.