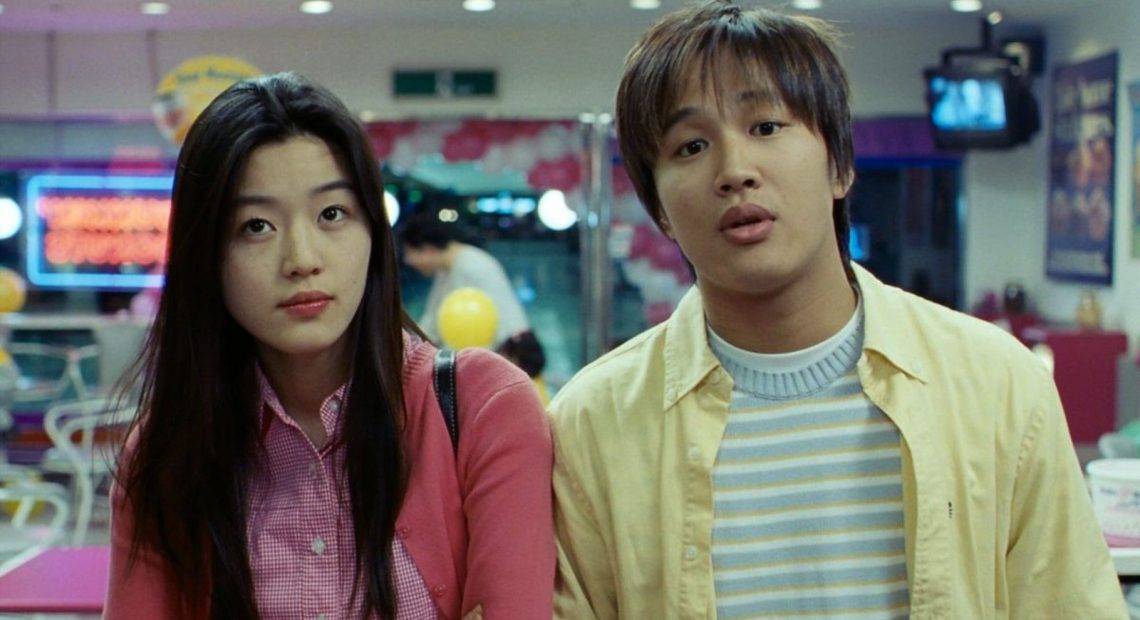 Asian rom-coms are like our best friend—they feel familiar but somehow also surprises us all the damn time.

Whether you’re a film snob, a casual cinema fan or a serial binge-watcher, there’s got to be at least one Asian rom-com in your favorites. And why not? They’re funny and poignant, and they serve memorable characters whom we may or may not blame for our unrealistic standards. No need to raise your hand; we’re all guilty.

Since the classic Korean film “My Sassy Girl” has revisited our headspace (read: an upcoming Filipino remake), this might be the perfect time for an Asian rom-com challenge. Our dare: Watch all of these without a.) laughing too loud your next-room neighbor throws you a slipper; b.) crying for more than 30 seconds; and c.) setting another unrealistic standard. We’ll do the same, and boy are we excited to see everyone fail.

Look, as much as I hate the term “friendzone,” I can’t deny how this film is an easy favorite. The dialogue and performances (s/o to our main girl Baifern) just keep us cackling and gushing at the same time. After high school, Palm and Gink’s friendship becomes stronger, especially whenever one of them experiences relationship problems. Do they move past that stage, though?

Ah, films that inject serendipity via objects. Because of a delivery error in Mumbai’s go-to lunchbox delivery system, a young housewife meets a stranger at the most unexpected time. Their unusual relationship starts with notes exchanged in the lunchbox. It’s bittersweet and warm, like all unforeseen connections are.

Even if elementary school teacher Kang Joon-so (Lee Seung-gi)’s love language is giving too much of himself, he still always gets dumped. Meanwhile, there’s weather reporter Kim Hyun-woo (Moon Chae-won), a total charm onscreen whose more authentic side is constantly witnessed by Joon-so.

Mei Li is that one friend who’s always dubbed the cupid or the life advice queen in the squad, but also the one we tag for Zoom blind dates. In this film, she’s a 30-year-old woman who always gets drunk at her friends’ weddings, a rallying cry against the nonexistence of romance in her life. But this changes, of course, when she meets an engineer named Lung. It’s absurd, WTF-inducing, and visually peak-2010.

We’re John Lloyd-Bea stans in this house, so hear us out when we say nothing slaps like “Close To You.” Diving into the battle of infatuation vs. love, this film follows ride-or-dies Manuel and Marian in the face of Lance, her first love who returns to the Philippines. For years, Manuel has kept his feelings for his best friend. The question now is, will Lance’s presence take the elephant out of the room?

This movie made 2010’s high schoolers weep over scrapbooks, swimming pools and bitten apples. This pitch is to remind you to rewatch it, but here’s the premise for first-timers: P’Nam tries to transform herself to make her popular crush P’Shone notice her. But that’s not the epicenter of it all, TBH. See it to believe that this film is hammered with longing and pain.

Because of stage fright, pianist Ji-ho’s career screeches to a halt. Eventually, she reunites with her childhood friend Seung-ryong. Because of an accident, he’s been left with the mind of a six-year-old despite being already a twentysomething. Based on a webtoon, this movie, apart from being a rom-com, is a moving drama.

In one way or another, we’re all Lin Truly: a dedicated stan to our bias, a self-doubter in the middle of growth, and someone who just wants to selflessly help people. We also meet someone who turns our life around (whatever that means). In her case, it’s the school’s resident bad boy Hsu Taiyu. They team up to make their crushes fall in love with them but it takes a different turn. Trust me: In this roster, you’ll sob over this one the most.

Longtime couple Sua and Jib have kept their relationship a secret. Why? The bank they’re working at has a “No Fraternization” policy. This becomes a problem when they arrive at marriage, which poses the question: Which one of these two overachievers will put marriage before their career? Prepare for some jaw-dropping action, hilarious editing and an overall wild ambition.

Still from “My Sassy Girl”

SHAREWith my serial case of tsundoku, it isn’t that surprising that I treat...

In our first episode of “Nostalgia Goggles,” we talk to two college theater...