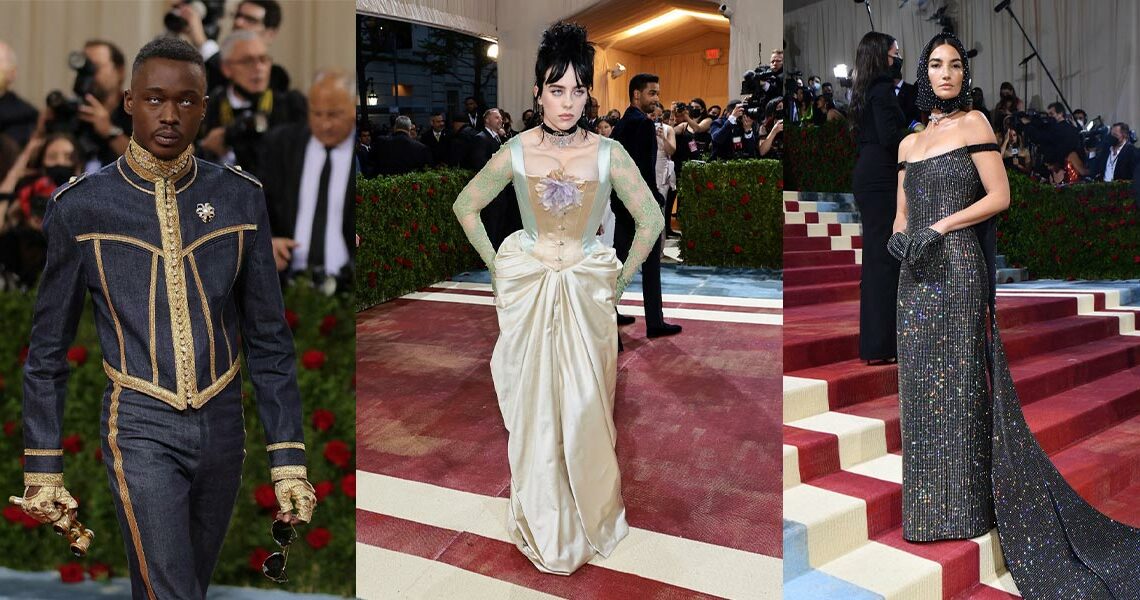 If the internet hasn’t already made you aware of it, the ​​Metropolitan Museum Gala—the Met Gala for short—is a hit-or-miss affair. Most have been living in the wake of 2018’s Heavenly Bodies theme, where, truth be told, a lot of attendees served their fashionable butts off.

With the bar set that high, it’s no wonder that the Twitter ’verse’s annual one-day fashion critics expect a visual feast once the date hits. As the sequel to the Met’s “In America” theme, this year’s “gilded glamour” dress code laid down some expectations, like channeling the excesses of the Gilded Age, which spanned from the late 1800s to the early 1900s. And, well, there were creative attempts.

But in the sea of Kylie Jenners and their cap-and-bridal-gown ensembles, there exists the shining bunch—the folks who followed the prescribed motif, or at least, did a neat interpretation of it. So, in the spirit of our Twitter fellows, we pin down the Met Gala ’22 looks that, in our humble opinion, aced the test and actually rocked it. 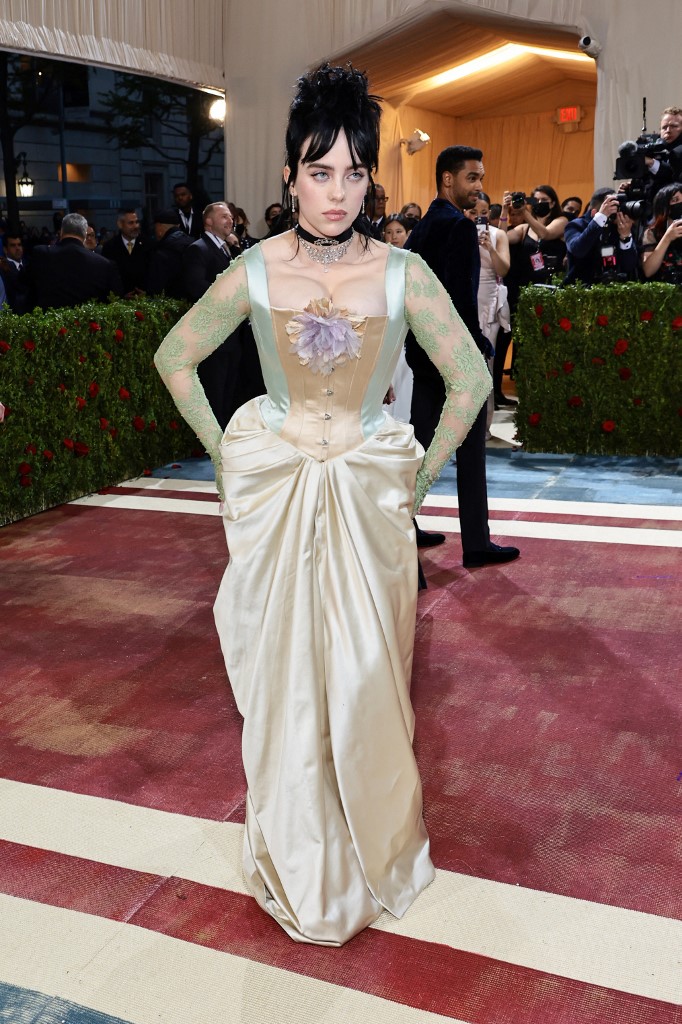 Ah, yes, the piece we’ve inevitably been waiting for: the corset. While 1800s core isn’t exactly synonymous with Billie Eilish, her recent Met appearance sees her take it on, spun in her style with an upcycled Gucci satin gown. Spot the Billie™ dress details with the sleeves’ green lace—her signature color—which she paired with a black choker, because… punk. 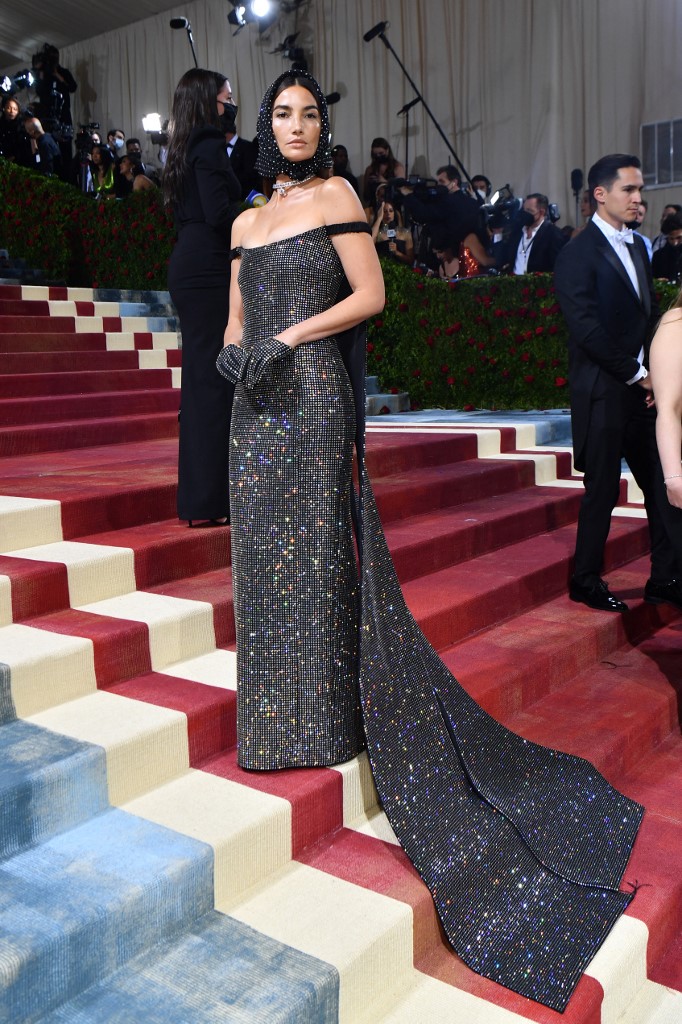 Musty old knights in shining armor are shaking in their metal boots. Fashion model Lily Aldridge imbued paladin chic with a Khaite gown embellished with no fewer than 170,000 crystals, like the yassified Dungeons and Dragons character of our nerdy dreams. 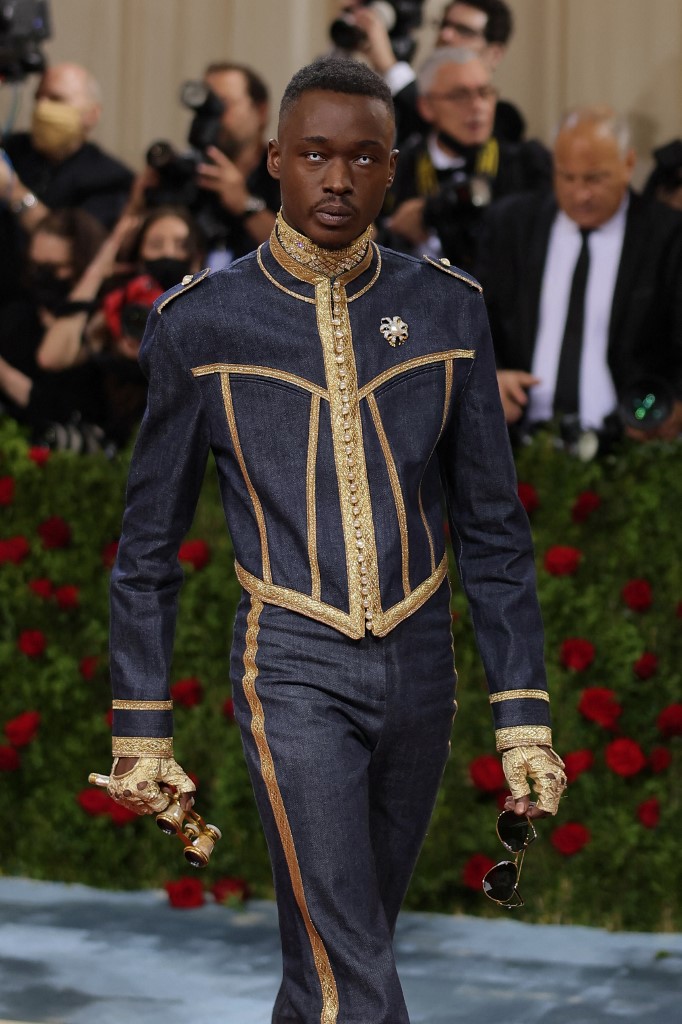 Finally, the “Moonlight” actor has taken on what we have been looking for in 19th-century-themed anything—vampires. With the help of Paris-based fashion label Casablanca, Sanders channeled seductive bloodsucker vibes with a gold-trimmed high-collared jacket, along with matching golden gloves. He topped it off with sharp-fanged teeth and colored contacts, so now I’m here, wanting an “Interview with a Vampire” AU, stat. 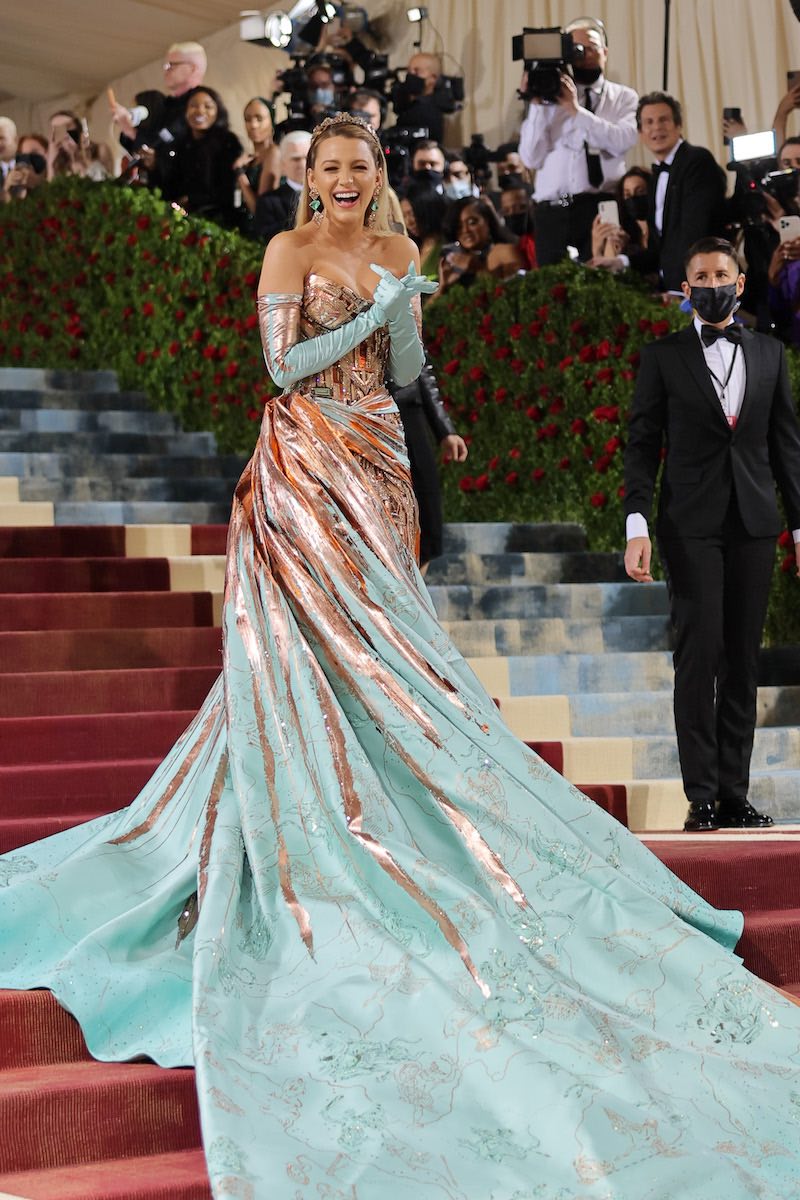 Is it even a Met Gala if no one pulled a “Sailor Moon” dramatic dress transformation? Like the OG Serena van der Woodsen, the “Gossip Girl” actress proved that New York City is the place to be with a Versace gown inspired by the concrete jungle’s architecture. And sitting pretty at the top of her head? A seven-tier crown that symbolizes the Statue of Liberty. Dare we say, queen behavior. 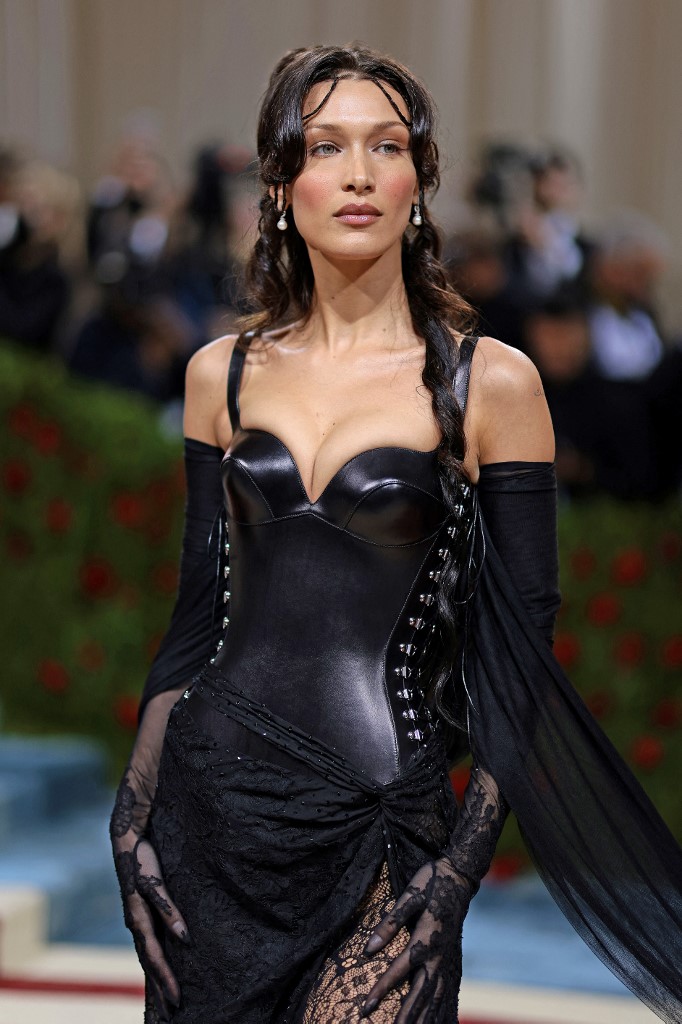 Remember what we said about corsets? It’s going to come up a lot. American model Bella Hadid dabbled on the dark side of the Gilded Age with a leather-and-lace combo courtesy of Burberry. A string of pearls turned into an anklet acted as her finishing touch, mixing delicate sensibilities with a BDSM-esque look. And like a Victorian onlooker, we are both shocked and intrigued. 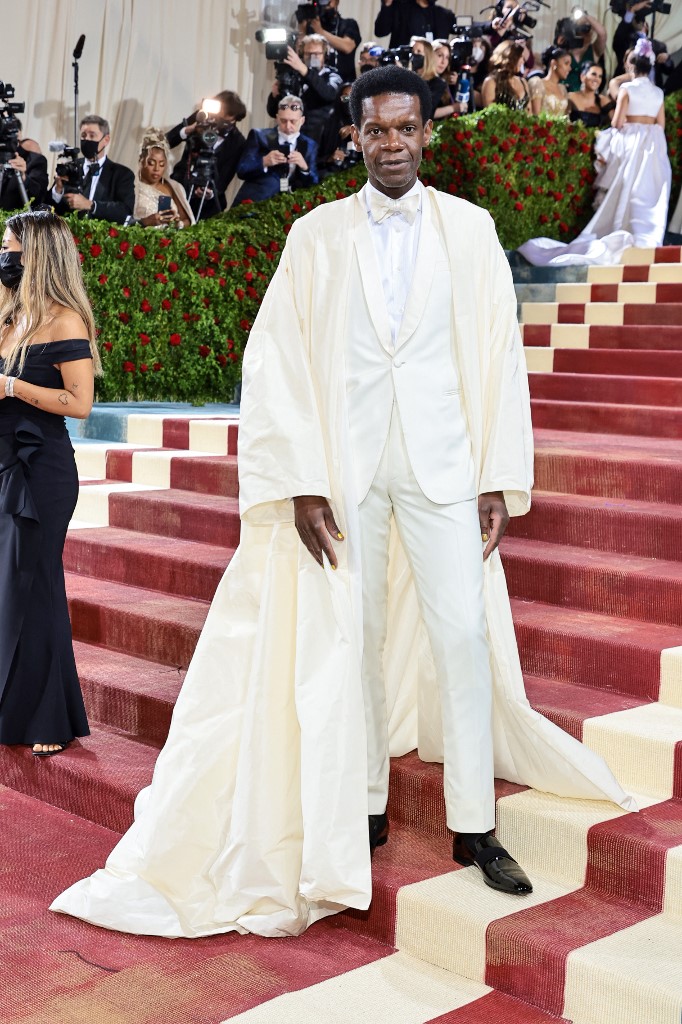 The “Gilded Age” was left to interpretation for several attendees, and Victor Glemaud is no exception. Alongside a custom H&M piece, the New York designer paid homage to esteemed fashion journalist ​​André Leon Talley, who passed away in January, whose larger-than-life sweeping capes became a trademark spin on gilded glamor. 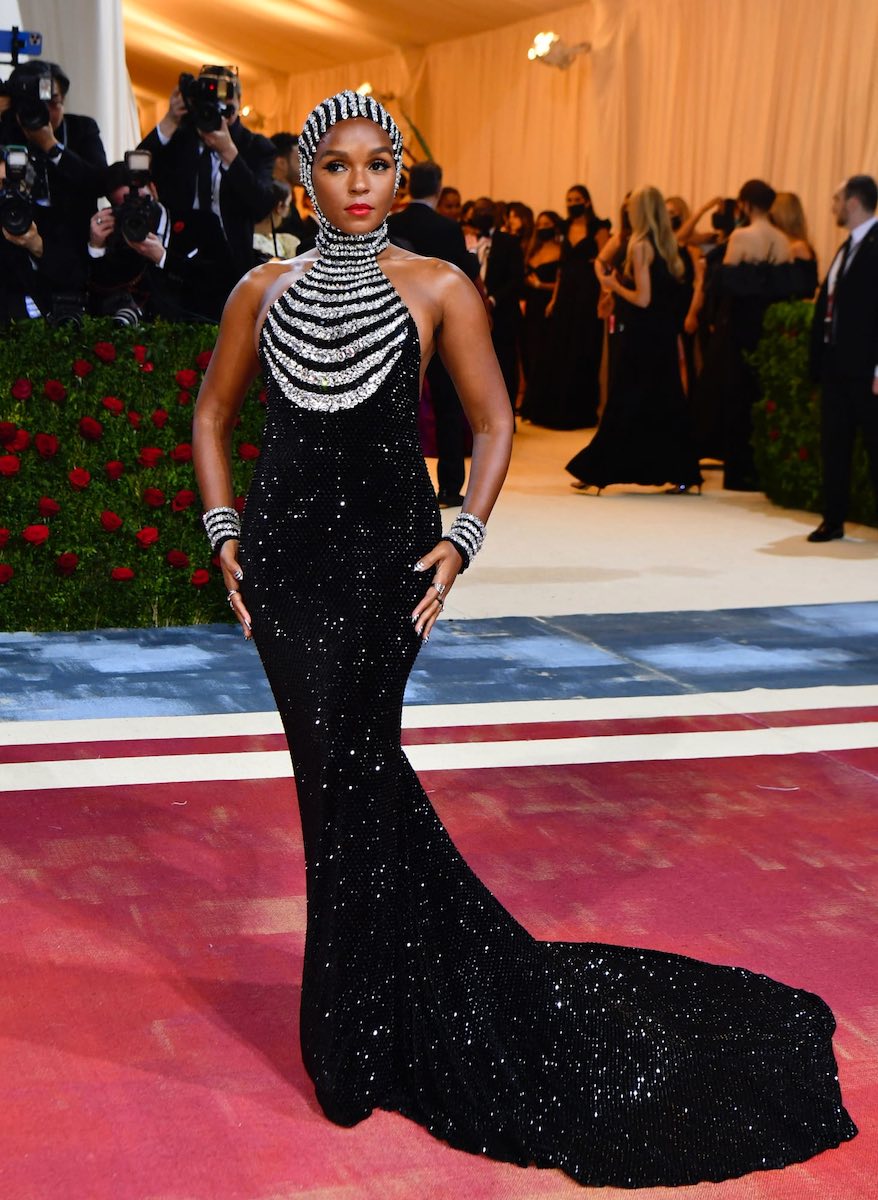 Gilded glamor, but make it futuristic. The musician-slash-actor did a sci-fi spin on the Met Gala theme, saying that she “came here from the future.” And lo and behold, she came preaching fashion. The Ralph Lauren look dazzled in classic silver and black, paired with a jeweled helmet for extra protection (and shine). 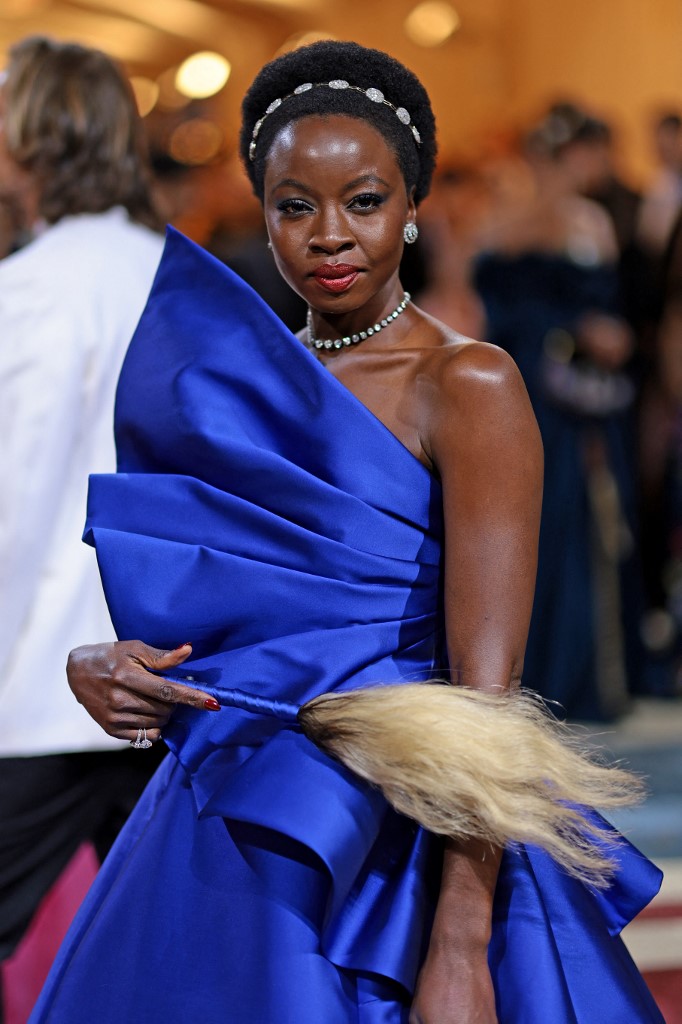 Voluminous grand silhouettes straight from the 19th century? You got it. With her striking blue one-shouldered gown, the “Black Panther” actress infused her take on the theme with the African diaspora, thanks to the Nigerian-born designer Taofeek Abijako of fashion brand Head of State. 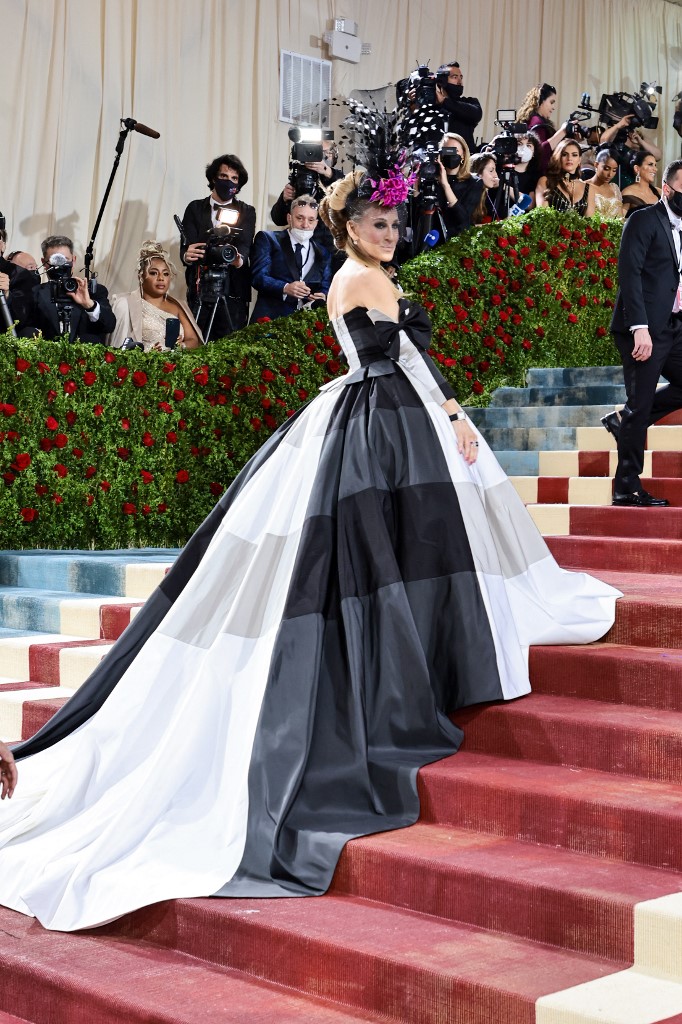 We stan attendees who had a history 101. Case in point: Sarah Jessica Parker, who worked with designer Christopher John Rogers on her gingham-printed ballgown. The black-and-white piece took inspo from the works of Elizabeth Hobbs Keckley, America’s first Black female fashion designer in the White House, a.k.a. the dressmaker behind the looks of first lady Mary Todd Lincoln. 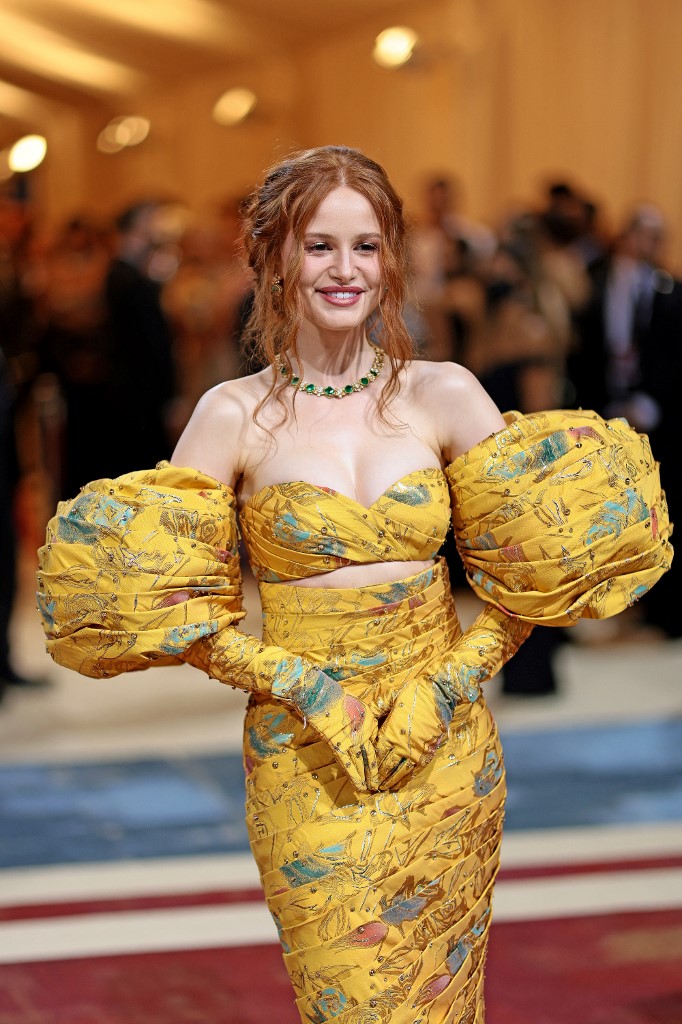 Red hair and puffed sleeves are a surefire mix for true Ariel energy. The “Riverdale” actress gives Cheryl Blossom a run for her queen bee status with a canary gold Moschino wrap gown, which, in Vanity Fair’s words, looks straight out of the museum’s paintings. 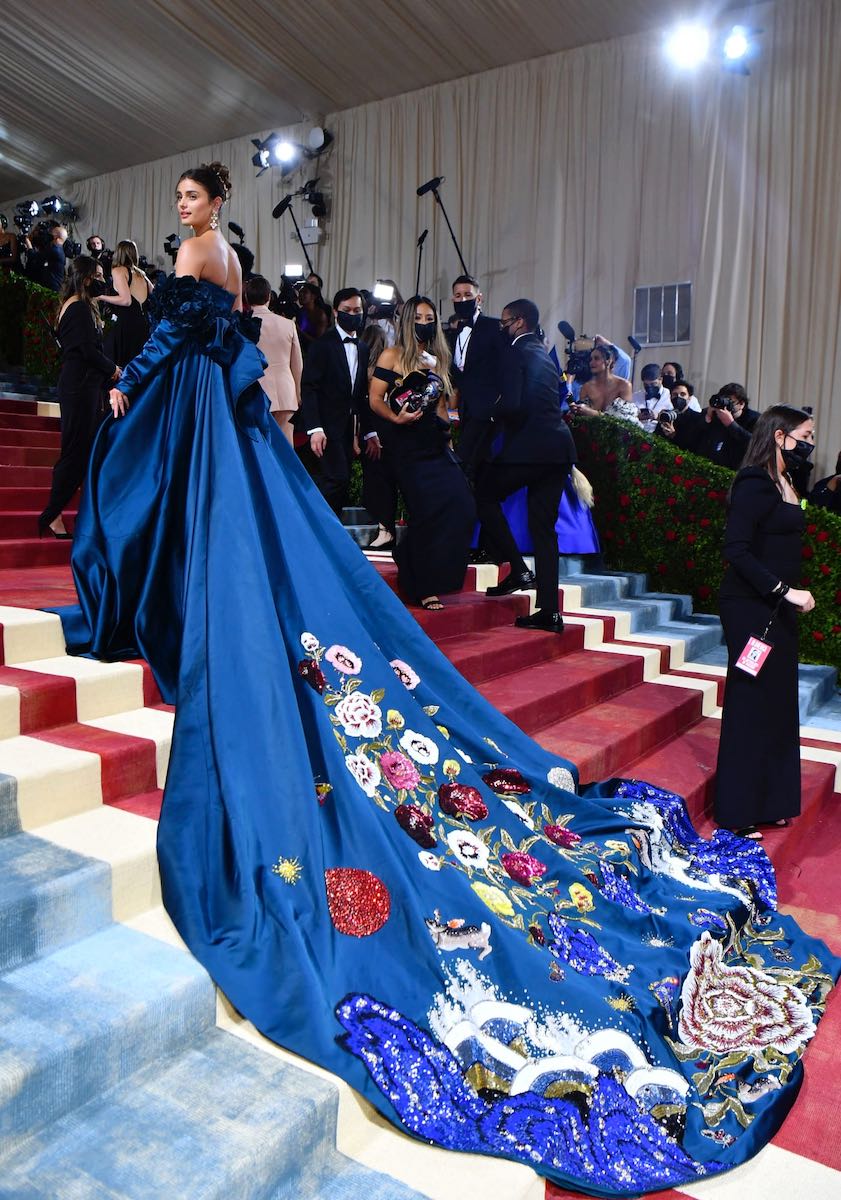 From here, I can already hear Fashion Twitter’s sweet sighs. Met Gala regular and model Taylor Marie Hill took the fairytale royal angle with her Miss Sohee gown, complete with an embroidered train, ruffles, and knee-high boots. You know that gown you’d wear to dramatically run through the corridors of a castle? Yeah, this is the one.

Read more:
A list of Coachella stage looks that actually served (so far)
A list of ‘Euphoria’ season 2 ’fits we’d actually wear to school
4 best fashion moments of 2021, according to the Scout team

SHAREProtest comes in many forms, and through time, different revolutionary anthems visit our...