Coachella: It’s a thing again. After a two-year break that infamously saddened Vanessa Hudgens and co., every celeb’s favorite music festival is back at it to flood your feeds.

While the deserts of Indio, California were rocked by attendees strutting their stuff, the stages of Coachella were also stormed by inspo-sparking looks that’ll one-up even the trendiest of viewers. Because, let’s be real here: The fine print under “Coachella” has “fashion festival” somewhere in it.

For its first three-day weekend, certain musicians weren’t there to disappoint—at least look-wise. Here are some of their ’fits worth pinning on your festival style board.

A sequined bodysuit! Need I explain myself? Our favorite boy Hazza rocks a custom-made Gucci look that channels his ’70s glam rock predecessors, all the while singing never-before-heard future hits from his upcoming album “Harry’s House” and declaring “men are trash” with Shania Twain.

The internet is still talking about it, but look, we have to reiterate. The 2NE1 comeback we didn’t expect came with a fashion and beauty callback, as the former four-piece girl group echoed their debut looks in the mini-reunion, down to their gravity-defying hairstyles. At some point during the performance, Dara lost a shoe (and got it back after). She chocked it up to the thrill of being back onstage, but we’ll pass it off as a bold Cinderella-esque style choice. 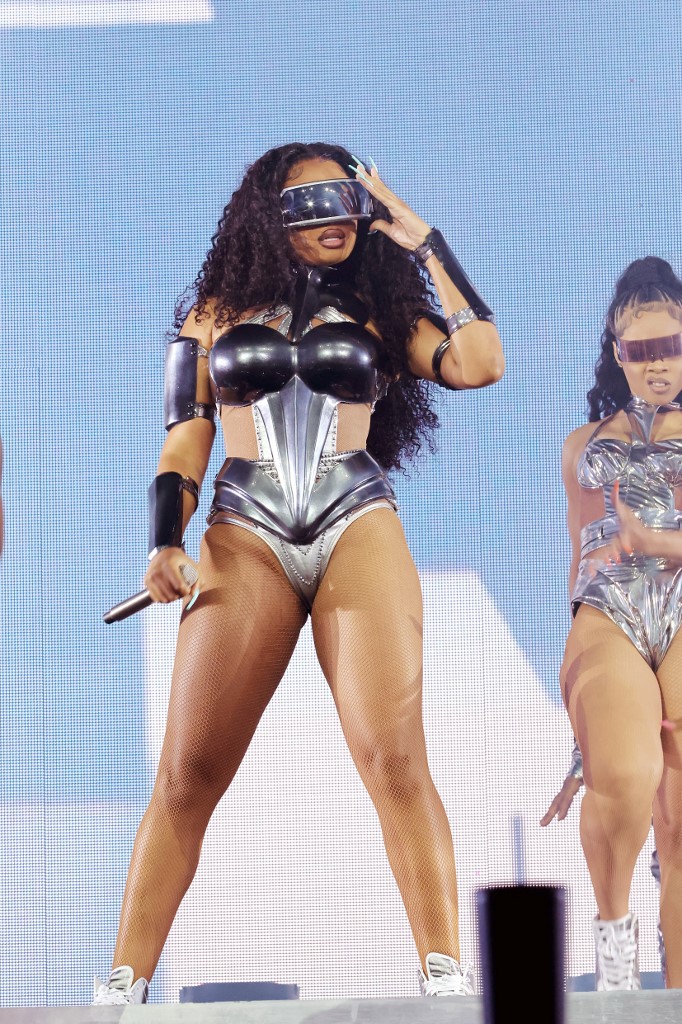 All hail space queen, Megan Thee Stallion. The Hot Girl Summer™ icon gives “Zenon: Girl of the 21st Century” a run for its holographic money with a futuristic look straight from Dolce and Gabbana. In the midst of debuting a “very motherfucking personal” diss track, she pairs her fury and metallic ensemble with matching wraparound sunglasses to boot. 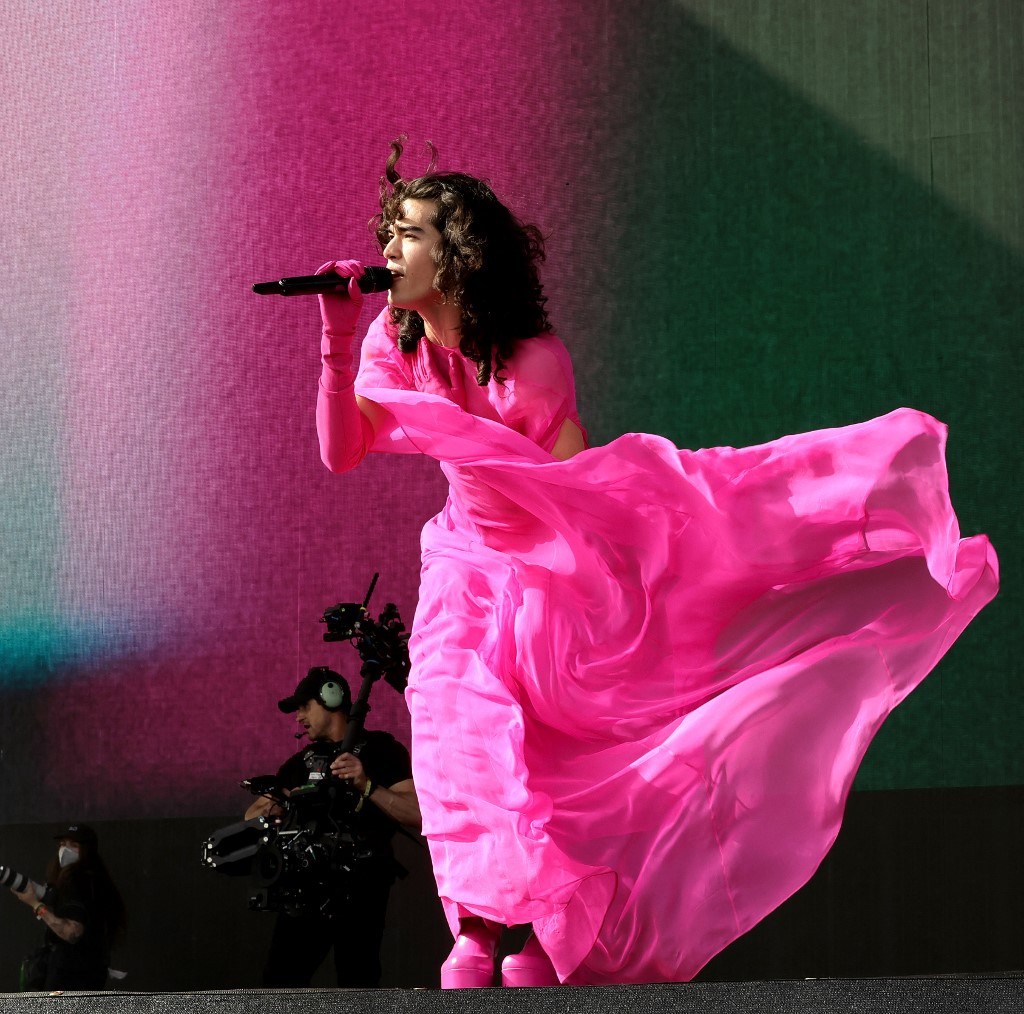 The “Heather” singer serves fabulous divorcee core with a custom flowing sheer piece from Valentino in hot, hot pink. If it isn’t enough of a crystal clear statement, he tops it off with chunky platform boots of the same shade, which looks straight out of your cool mom’s funky closet. 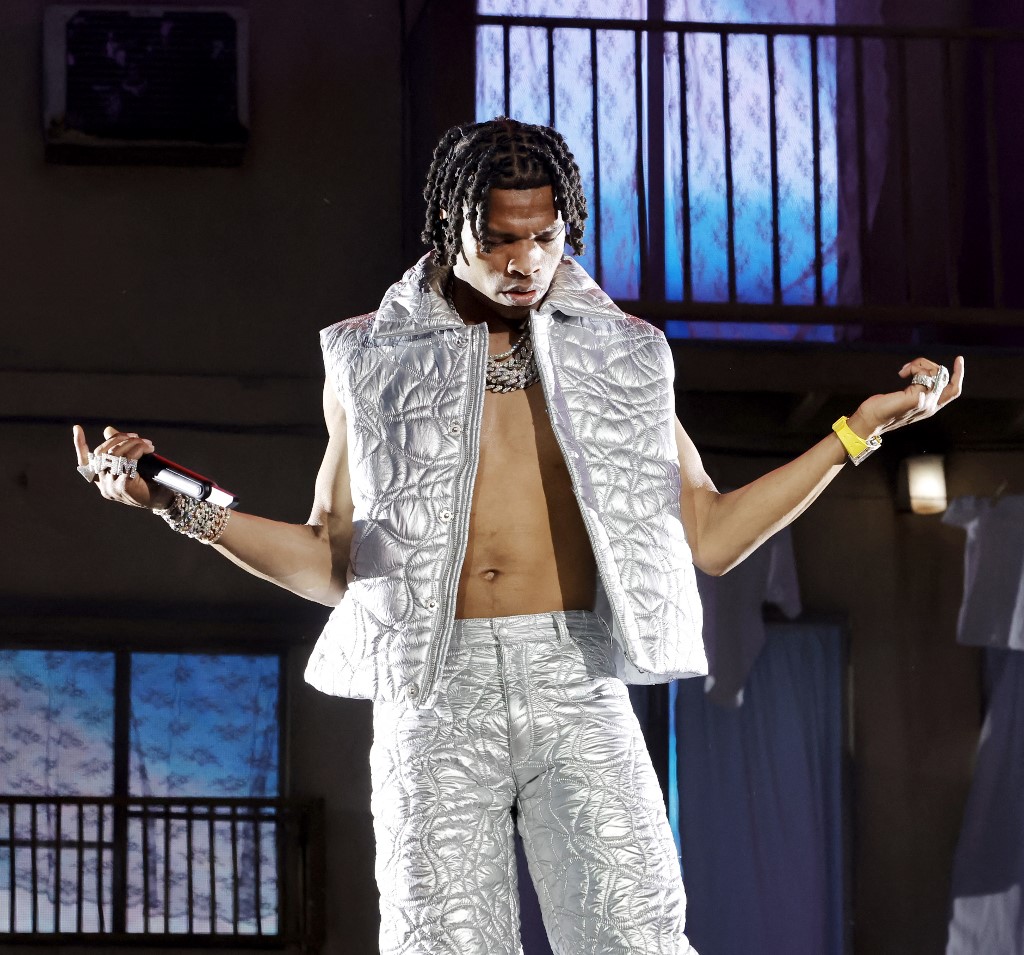 Atlanta’s rap star of the moment could be one of the best-dressed dudes out there, as he dons silver co-ords, vest and matching pants included. It’s giving “inside of an insulated bag,” but like, fashion. 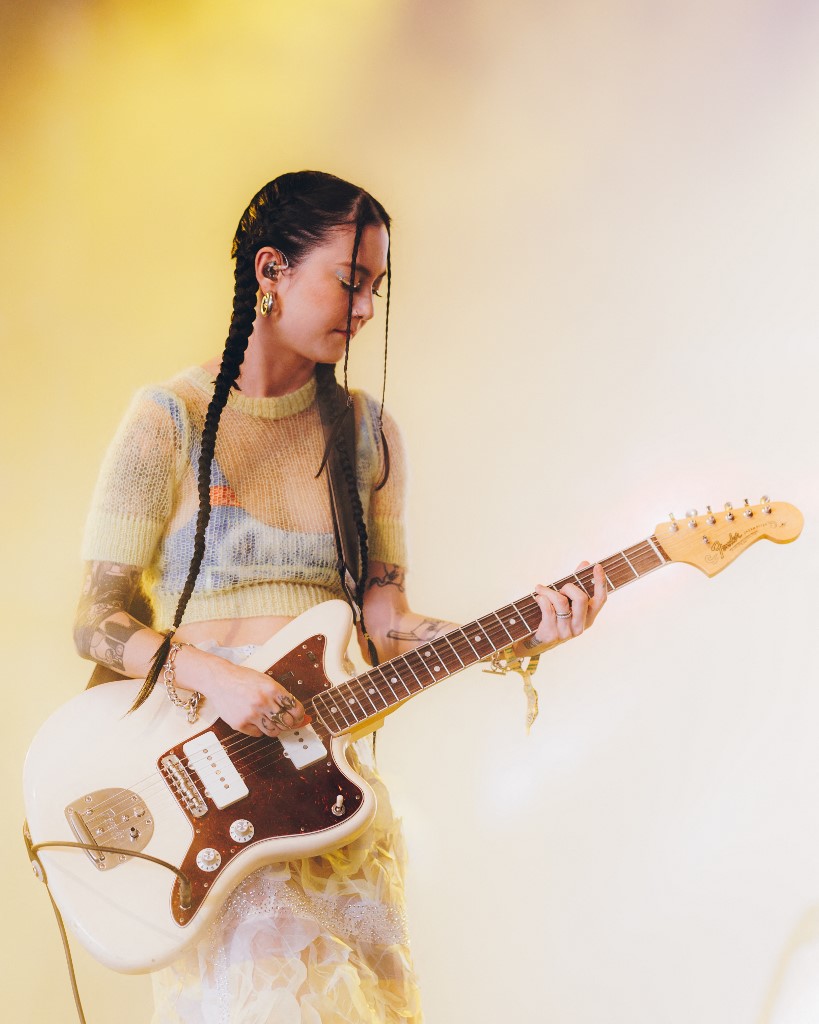 Neon knits and ruffles? Why not, right? Michelle of J Brekkie proves that her multi-hyphenate status also extends to “trendsetter” with a see-through knit top and a long skirt in a more subdued palette. Her choice of shoes, platform Mary Janes tied with a gingham ribbon, adds an extra oomph. 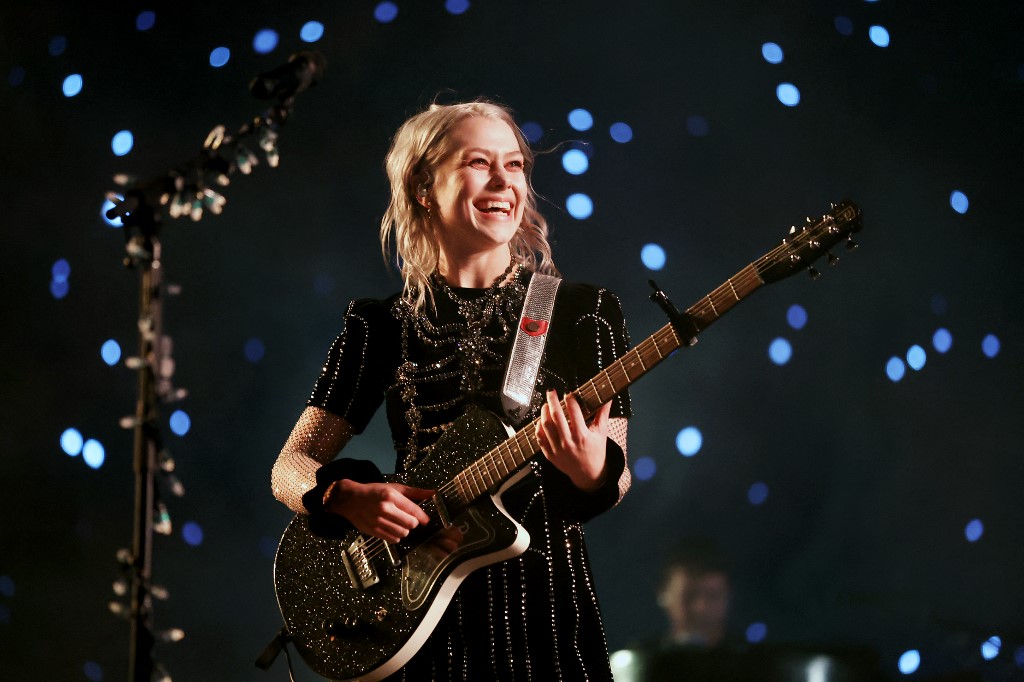 Gucci makes a Coachella cameo once again. The indie folk musician is literally shining onstage with a jeweled black number custom made by the luxe brand, with details that make it “punk meets dainty”—spot the sequined transparent sleeve with a ruffled cuff as a finishing touch.

Can a jacket make me cry? There’s a high chance. The hip-hop group announced their surprise final album wearing an appropriate letterman jacket, with the phrase “All Good Things Must Come to An End” embroidered on the back. Well, it certainly gets its message across. (BRB, crying.)

A last-minute booking will not deter The Weeknd, so it seems. Abel goes for a utilitarian style with an all-black tactical assemble, a.k.a. the closest thing to “Dune” chic we’re gonna get from this particular desert. 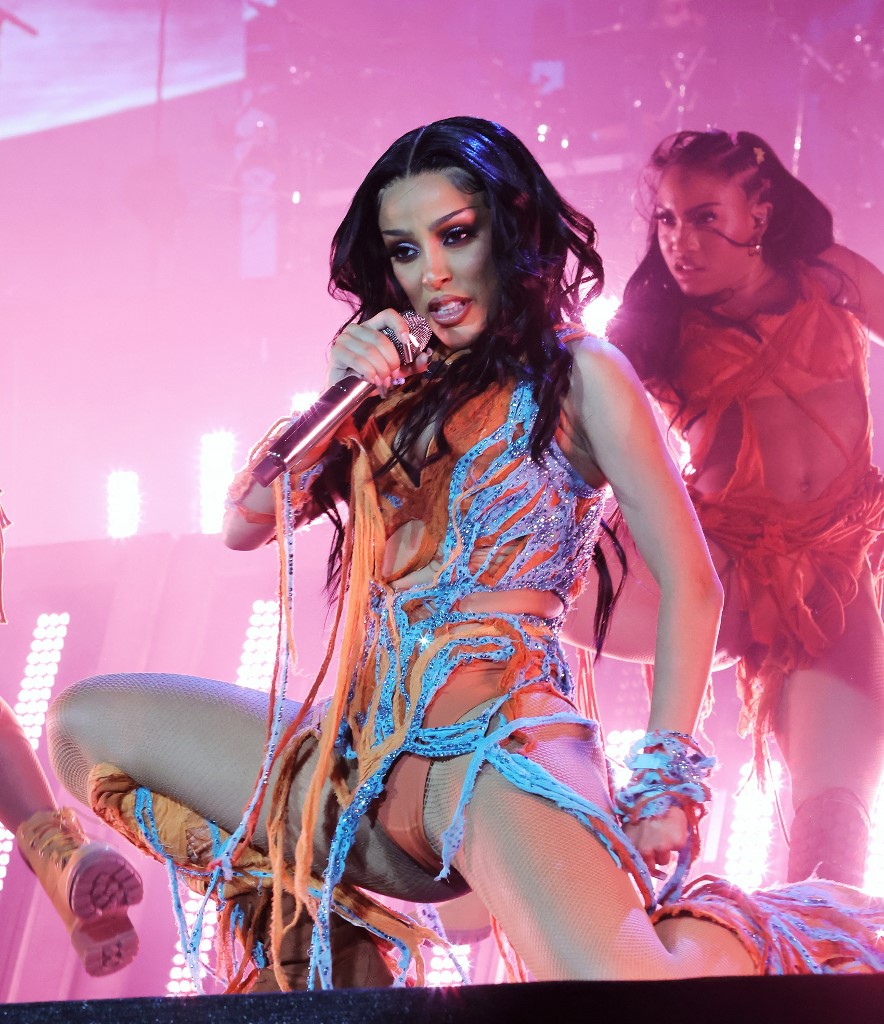 Doja ain’t playing around. While speculation of her quitting music ran rampant last month, she’s still kicking in the looks department as she hits the stage with not one, but four ’fit changes. Her sartorial choices include several bodysuits, along with the notable deconstructed piece by Caroline Reznik.

Read more:
A list of ‘Euphoria’ season 2 ’fits we’d actually wear to school
Our top 5 performances at the 2022 Grammys
4 best fashion moments of 2021, according to the Scout team

Photo of Dara courtesy of her official Instagram page

SHAREWe are by no means condoning leaks, but the new Tyler, the Creator...

With mandatory on-site reporting, teachers are being left behind, too