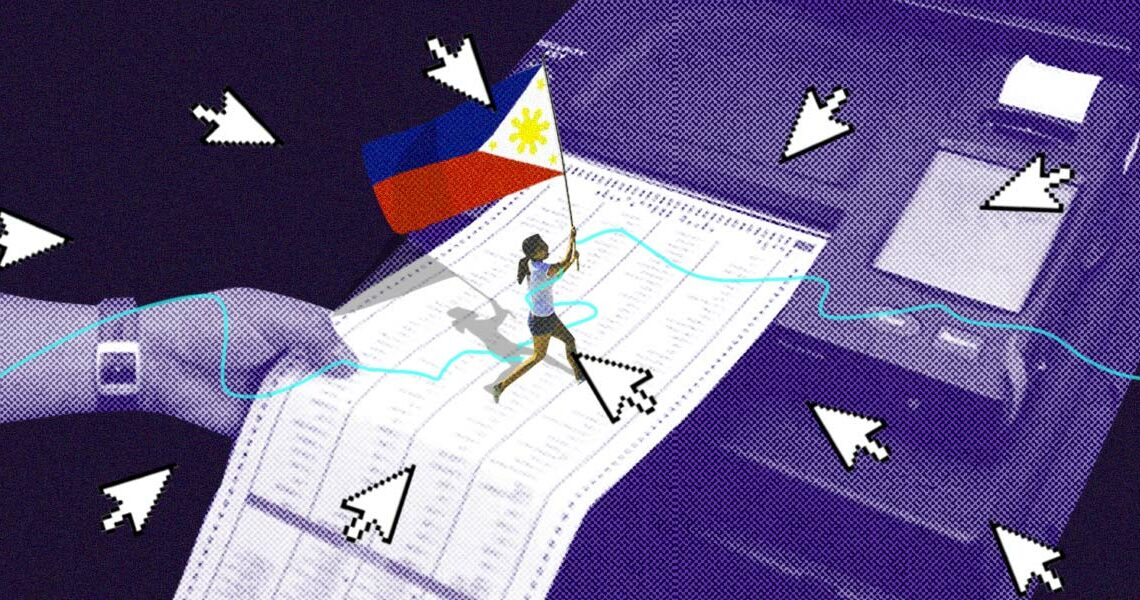 So, here we are. We’re down to the last weekend before the national elections, which means by now, we’ve practically seen different layers of our online echo chambers: virtual flyers of different candidates, the never-ending campaign videos, mood tweets on our election anxiety, and, well, memes.

As the generation that uses humor as a coping mechanism, it’s no question that we’d try to throw some comedy here and there, just so things can feel more digestible and universal.

However, a circulating “joke” at the height of this pivotal season seems to stick out like a sore thumb. If you’ve found yourself engaging in political discourse or just doomscrolled your way through an election-filled feed, “Kinain ka na ng eleksyon” (The elections have consumed you) might have caught your attention.

While this might stem from other people’s exasperation towards disagreements motivated by politics—mostly between close relationships—this remark isn’t really the edgy joke it’s poised to be.

It reeks of (unchecked) privilege

The mere act of shaming people who are “too” invested in and vocal about the elections means you’re stuck in a bubble you think doesn’t need that kind of effort. But have you bothered mulling over why some are heavily involved in politics in the first place?

Unlike more privileged folks, some people have to go out of their way and even risk their lives just so they get heard. Aside from being one of the only few moments they can practice their “freedom of choice,” the elections might be a between-life-and-death situation for a lot of people who can only do so much to support their family, improve their livelihood, or ensure their safety. Even basic needs aren’t “basic” if you don’t live a life of convenience—especially in a broken system like ours.

There’s nothing wrong with speaking up and taking action, because after all, it’s your future as much as it’s everyone else’s. If you’re privileged enough not to be bothered by the election’s outcome (or politics at all), then it might be worth checking your levels of empathy. This isn’t the kind of Unbothered™ we aspire to be.

It trivializes the gravity of the elections

An election campaign isn’t just a debate, a trend, or a fandom war we can eventually move on from. The next set of leaders will change the country’s course in the next few years, whether it be through gender equality, human rights, the environment, the economy, accessible healthcare, public transportation, or even in more “individual” things like our dreams. It’ll affect our families, friends, and strangers on a daily basis.

Imagine someone against your personal and political beliefs being offered the power to create laws and even strike them down—wouldn’t that be alarming?

As they say, the opposite of love isn’t hate, it’s apathy. At the minimum, telling someone they care too much about something dismisses their feelings. But what could be more harmful is that instead of promoting proactivity, “kinain ka na ng eleksyon” only promotes neutrality, which is something we can’t afford right now.

Being indifferent to injustice makes victims more vulnerable and enables more abuse of power. By doing nothing—and shaming those who try to do something—you become complicit in oppressing others.

At the end of the day, what we need to fight for is a future that includes all of us. Being “eaten up by the elections” isn’t selfish or senseless, because hey, everything is political.

Talking to parents about politics? 5 Gen Zs give advice

What to bring on Election Day (physically and well, mentally)

SHARECollabs between luxury brands and sportswear giants are all the rage in the...

SHAREIt’s been a long time coming, but finally, Ang Bandang Shirley is coming...