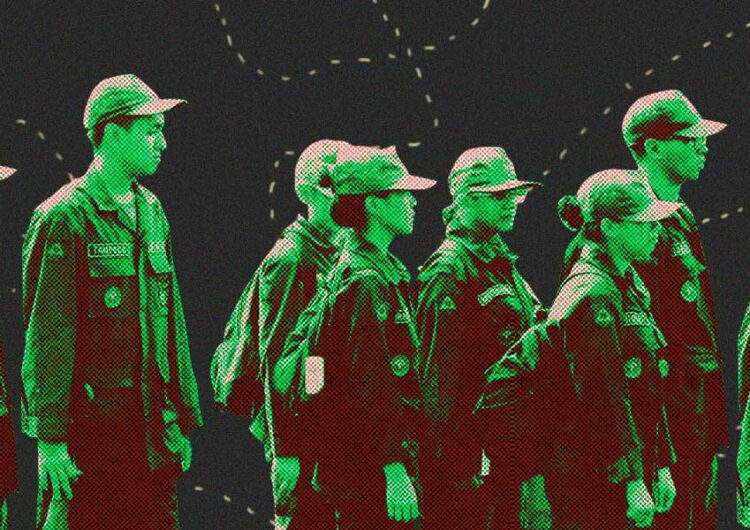 With Sara Duterte-Carpio now gaining the official title as vice president-elect, campaign plans and promises have surfaced back into the spotlight. And with her new role as the upcoming Department of Education (DepED) chief, one particular part is getting exposure from the Twitter space to students’ heads: the potential return of mandatory Reserve Officers’ Training Corp or ROTC.

Back in January, the current Davao City mayor expressed her plans to implement mandatory military service for all Filipinos upon turning 18. While Duterte-Carpio mentioned that ROTC “has no connections to DepEd” and that her goals weren’t limited to the previously mandated ROTC service—and instead, something more widescale—the mayor’s father, President Rodrigo Duterte, has been staunch in his belief in making the program compulsory.

In 2019, Duterte certified the urgency of Senate Bill No. 2232, which mandated basic ROTC for Grade 11 and 12 students. He said that it would invigorate a “sense of nationalism and patriotism” back into the curriculum.

Before 2002, ROTC service was a norm for college students. Now, young folks can opt for alternative ways to serve the community, as part of the National Service Training Program (NSTP).

But, wait. Why was mandatory ROTC banned in the first place?

A tale of corruption, bribery, and abuses

At the center of it all is the murder of Mark Welson Chua, a 19-year-old engineering sophomore and ROTC cadet at the University of Santo Tomas (UST). Prior to his death, Chua, alongside student Romulo Yumul, revealed alleged anomalies in the university’s ROTC program in the Varsitarian.

Originally published on Feb. 21, 2001, the article disclosed that the students had filed a complaint against the program with the Department of National Defense (DND), resulting in the dismissal of UST-ROTC commandant Maj. Demy Tejares and other officials.

The complaints included the “questionable collection” of registration and exam fees, as well as payments for materials like ROTC manuals, with administrators allegedly threatening punishments for those who didn’t have these.

The article also shed light on reported cases of bribery. Students allegedly paid P1,500 or more per semester to be exempt from the course.

The cadets had complained about “inefficient” instruction too, saying that only a few students received lectures while others spent their time under the sun. They also cited discrepancies in their grades, which, students said, didn’t match with the records in the registrar’s office.

Furthermore, The Varsitarian retold the “gravest complaint,” which involved a gun pointing incident between a former cadet officer and a staff administrator, with the latter allegedly bringing out a .45 caliber pistol from his car, then slapped another cadet officer.

The murder of a student

A month after The Varsitarian’s article was published, the student cadet Chua went missing. His father stated that he received a call from men saying that his son was kidnapped and were asking for a P3 million ransom. According to a report from the Philippine Daily Inquirer, the suspects had called them again, with the father replying that they didn’t have that amount of money. The person on the other end of the line had reportedly said, “No money, no son,” and hung up.

It was a few days after the incident that an article from the newspaper’s Metro section dated March 19, 2001 reported the decomposing body of an unidentified man fished out of the Pasig River. The body was wrapped in carpet, his face covered in duct tape, with his hands and legs bound. Based on its state, the police estimated that it was a person in his 40s.

In the same section’s March 24 edition, police had already identified it as Chua, dropping the angle that he was taken by a kidnap-for-ransom gang. Chua’s father himself believed that the calls were a “ruse to confuse the investigators,” and said that his son had already received death threats before. The reports also mentioned that the family and Chua’s friends were convinced that he was abducted and murdered because of his expos.

“This is a clear case of revenge,” Chua’s father quoted the investigators in Inquirer’s March 28 report. “A kidnapper’s priority is ransom, not the victim’s death.”

On Apr. 4, the newspaper reported that witnesses had come forward, saying that they saw “soldier-like” men with crew-cut hair throwing “something rolled up” into the river. Weeks later, the National Bureau of Investigation announced the arrest of potential suspects based on the witnesses’ testimonies.

Three years after, a Manila court in 2004 sentenced ROTC cadet Arnulfo Aparri Jr. to death, but he was given life imprisonment instead upon the death penalty’s abolishment in 2006. Eduardo Tabrilla pleaded guilty to homicide, while some suspects still remain at large.

Student activist groups from UST led a national day of protest against the program months after the incident, chanting “Thomasian cadets no more.” Other students from different universities across Manila and Mindanao joined in on the ROTC boycott, as stated in the news.

In a May 1 Philippine Daily Inquirer article, then-Education Secretary Raul Roco said that he and Armed Forces Chief of Staff Gen. Diomedio Villanueva vowed to work on mandatory ROTC’s abolition, with Roco pushing this through a Senate bill. He cited Chua’s death, according to the report. But still, more than 20 years later, their family is still seeking “full justice.”

Republic Act 9163—or the NSTP Act of 2001—was signed into law on Jan. 23, 2002. This gave college students a choice to do alternative courses to serve the country—which included livelihood projects, internships in government offices, literacy programs, and community services.

Read more:
Should mandatory military service happen? Here are the concerns surrounding it
The Safe School Reopening Bill has just been filed. What’s in it?
What are the presidentiables’ plans and promises for education? (A guide)

SHARETrigger warning: This article mentions death and suicide.  Here’s a POV: You’re in...

SHAREI would imagine that pitching a movie with “suicide” in the title was...