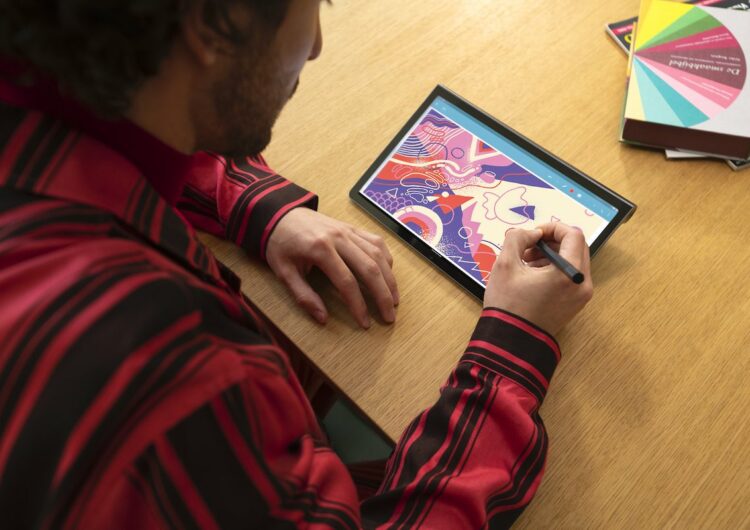 We took a spin on the Lenovo Yoga Tab 11 and here’s why we think it’s a good family tablet. While there are tons of tablets to choose from in the market, Lenovo has that edge if you’re looking for one that can be used just about anywhere –and we don’t mean just for work.

The Lenovo Yoga Tab 11 has been out since last year, but it got our attention for a double-take with its unique design.

Starting with the outer shell, it’s sturdy to hold and has a stainless-steel built-in stand. It weighs about 655g, and the edges are finely crafted, but there are pros and cons to its shape. 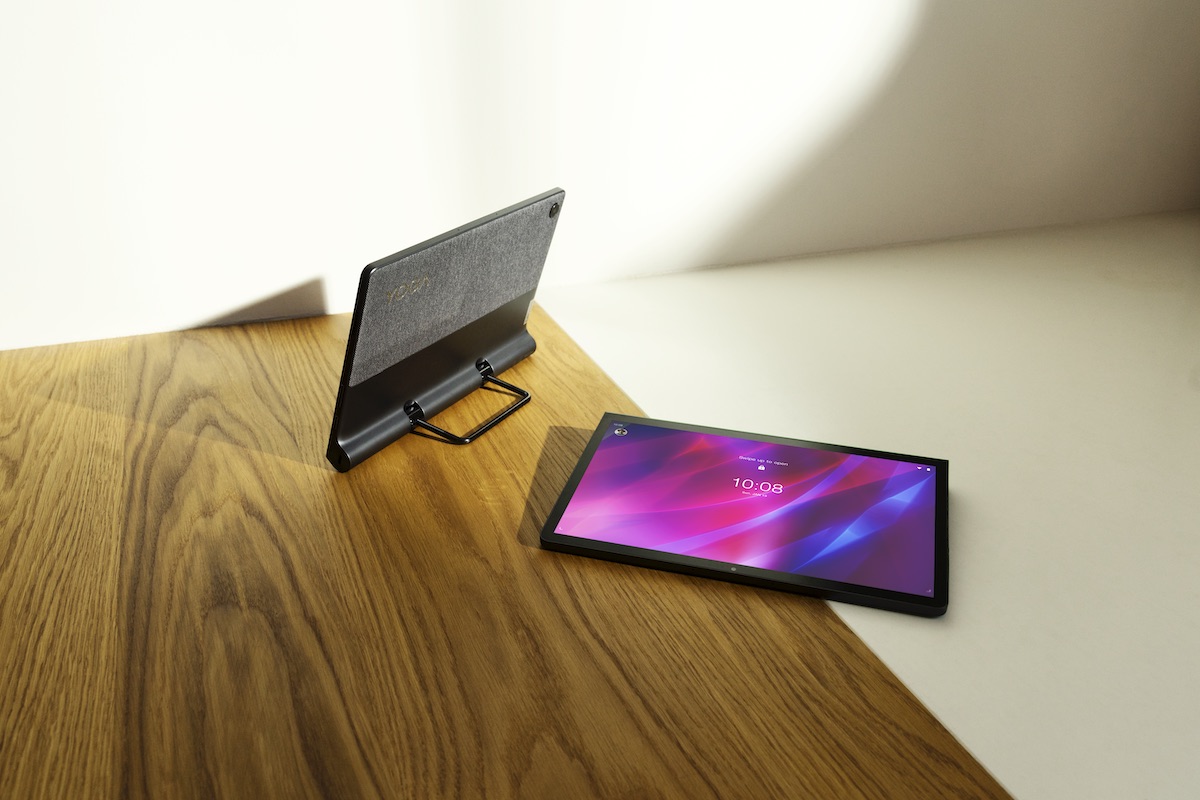 For those who like carrying tablets in slim bags, the extra bump which holds the stand and houses the speakers might be a downside compared to slimmer tablets in the market. On the flip side, it has multimodes and serves as a good grip for those who use their tablet in portrait mode to browse apps and helps it stand sturdily when sat in landscape mode.

Operating on Android 11 and with MediaTek Helio G90T Octa-core as its processor, the tablet booted smoothly. Running apps was not a problem and it was able to load websites fast without any hitch. 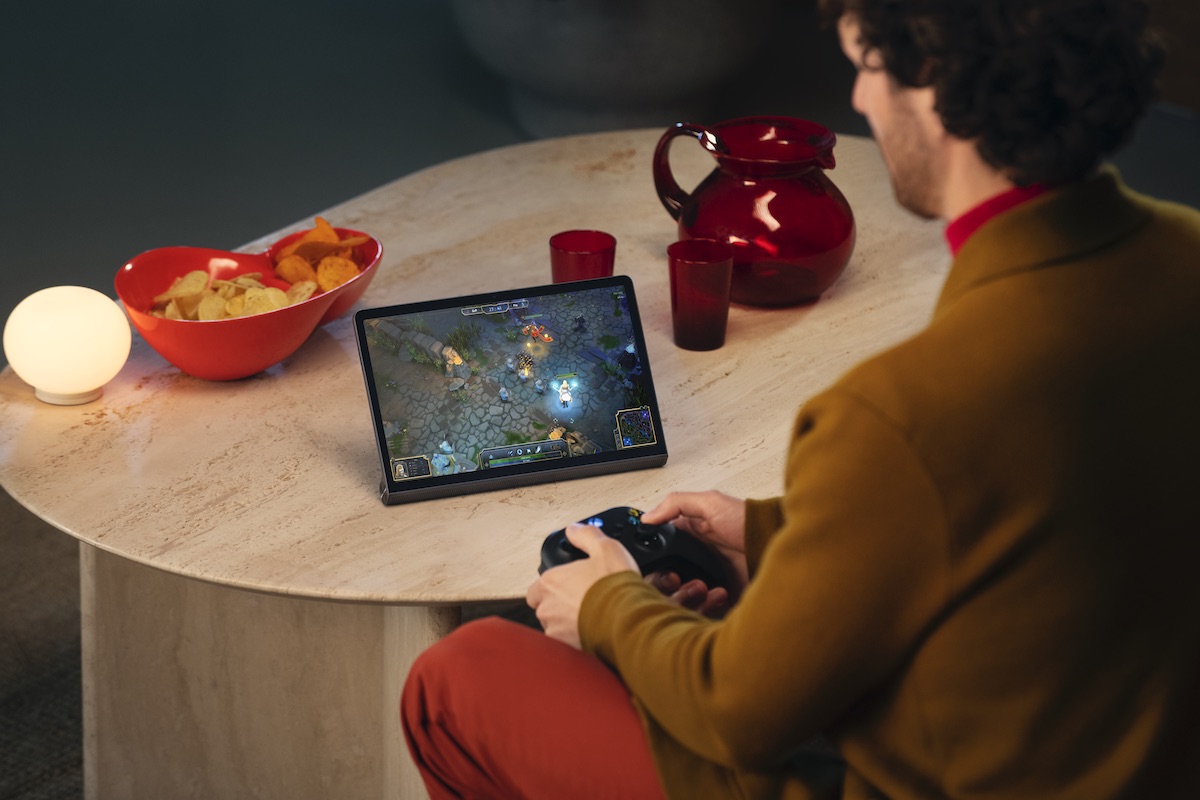 While this is not marketed as a gaming device, safe to say it can run some of the more basic games. Most likely you can play some here but manage your expectations.

Where it can deliver, however, is streaming shows and movies. The display is an 11-inch 2k LCD with IPS and has a 60Hz refresh rate running at 400 nits of brightness. It is crisp enough for general use and watching videos–perfect if the tablet will be used by adults and kids alike. 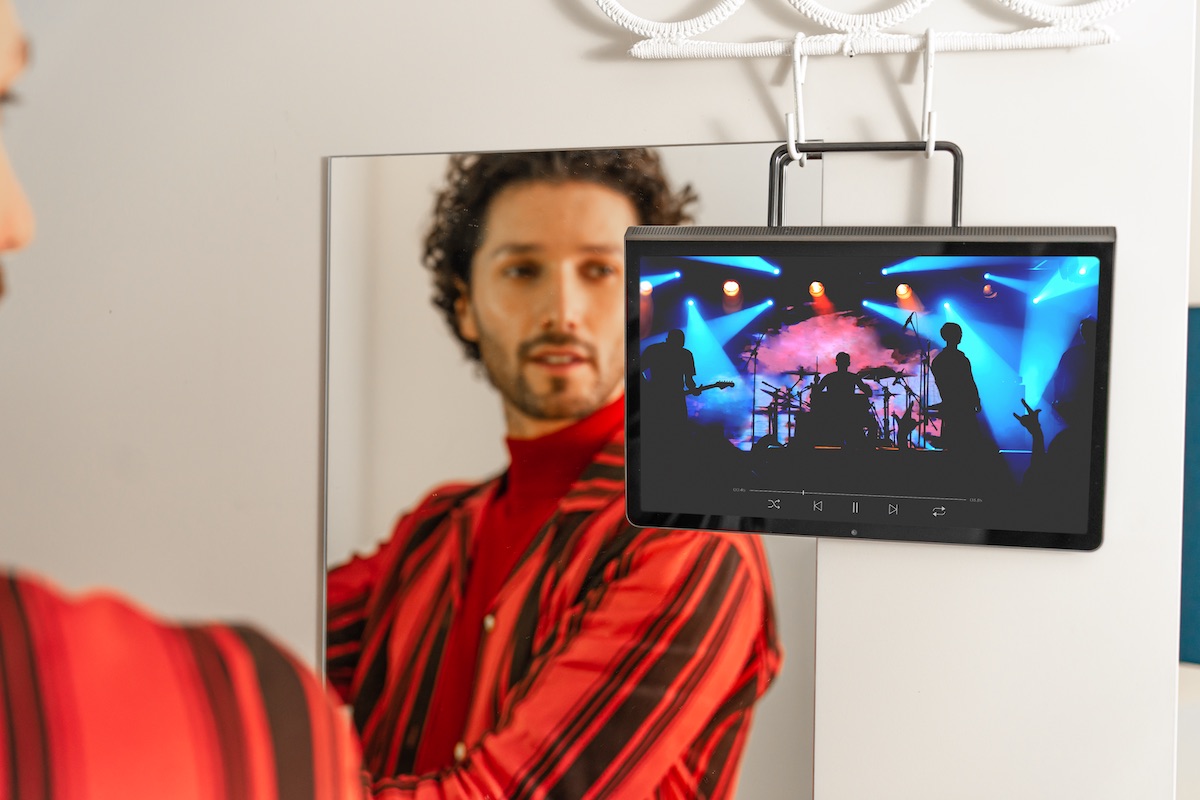 The winner with this tablet is its speakers. Perfect for online calls and streaming shows, it is loud enough at maximum volume that you wouldn’t need to connect external speakers anymore. This is because it’s built with great audio parts such as Quad JBL speakers and the Lenovo Premium Audio Solution optimized with Dolby Atmos.

The cameras are alright for online meetings and for attending classes. It’s located in the top-middle of the display when in landscape. With 8MPs both for its front and rear camera, the quality can only get you so far, but clear enough to be presentable for formal calls.

The Yoga Tab 11 also has handy recording, powered by its dual microphones and low-power DSP for far-field voice recognition.

So if you’re running multiple online meetings, or if this will be used for online classes for hours on end, there’s the assurance that this tablet will deliver. 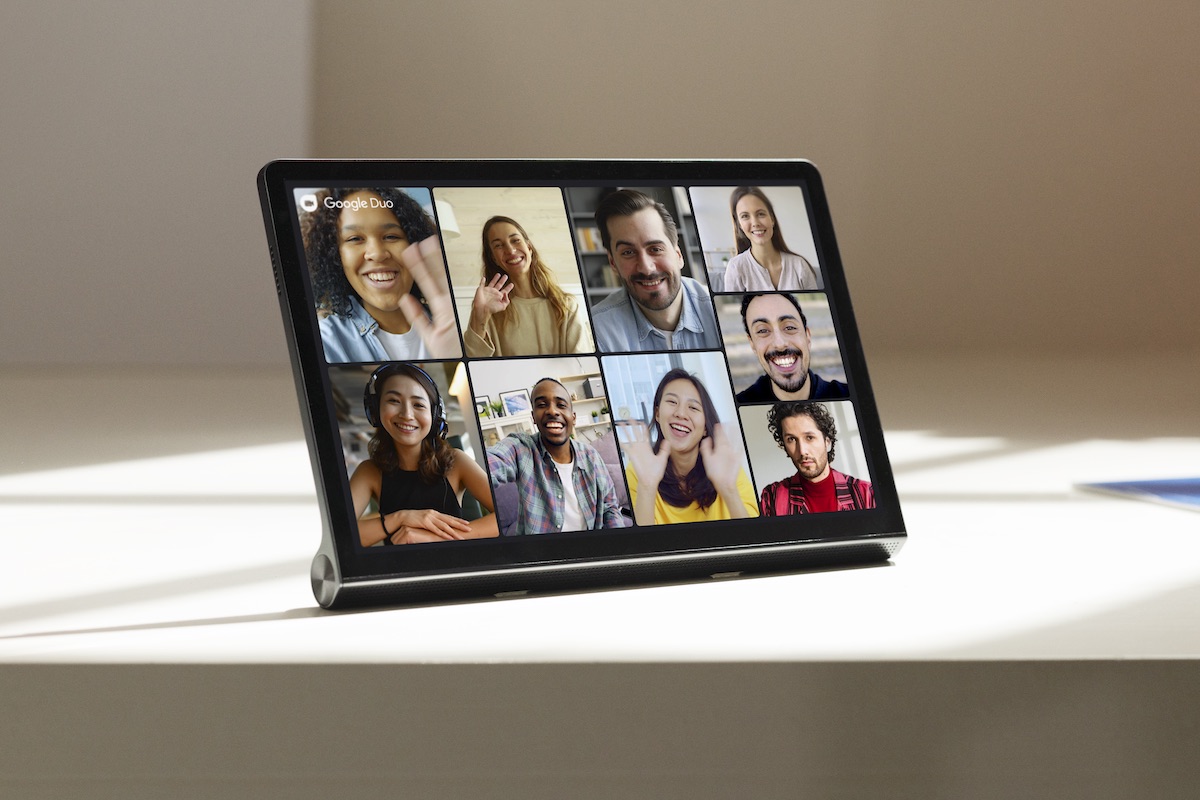 We’ve noted another good thing about this tablet. According to Lenovo’s website, its battery can operate up to 15 hours of video playback, and it is equipped with a 20W quick charge feature through the MediaTek Power Deliver 2.0. Its capacity ranges from 7500 to 7700 mAh.

Like most modern laptops, it supports general connectivity types and bands. It has Bluetooth 5.0, WiFi Direct, GPS (for LTE the model), A-GPS, and GLONASS. For the ports, it has USB-C 2.0, USB-C headset, and a MicroSD card reader. Meanwhile it has TÜV Rheinland which is certified for low blue light and a face unlock feature. 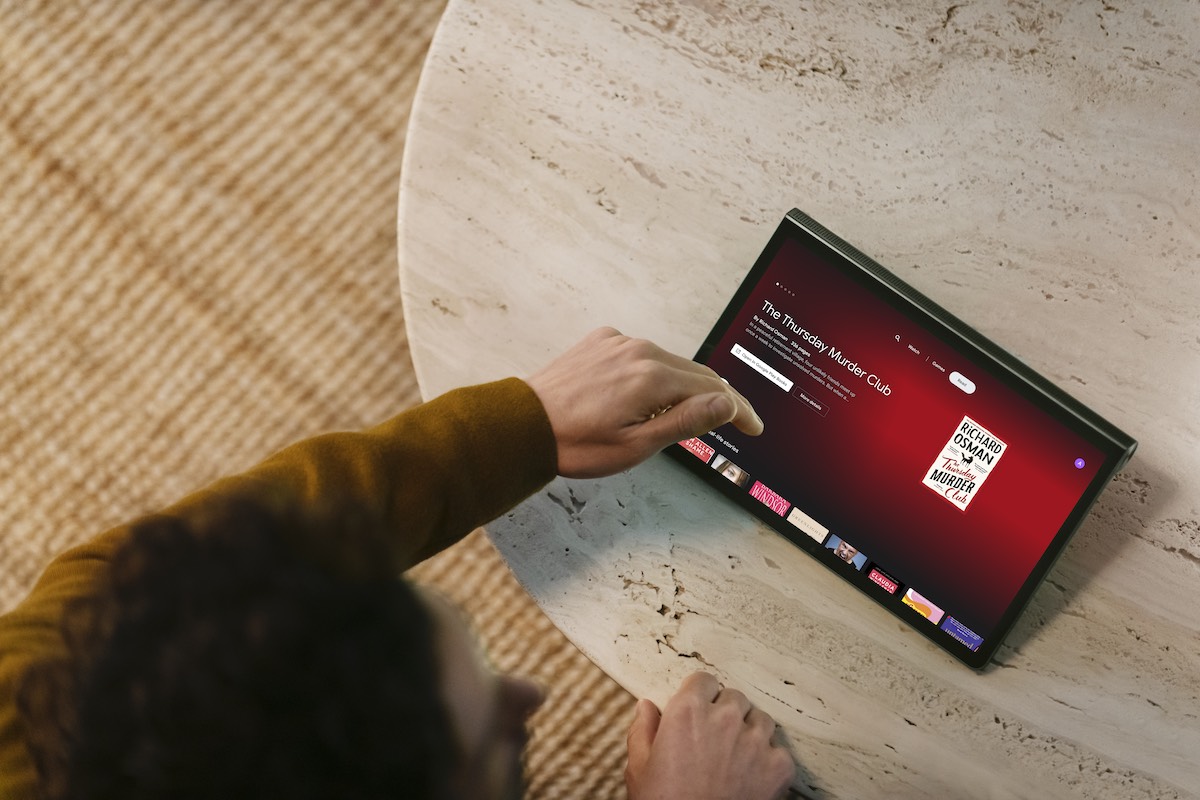 The tablet can be a good backup for your laptop or it can be used as your main entertainment device. It’s built to last and it being part of the Yoga line shows that it was specially made by Lenovo for different kinds of heavy uses.

As for accessories, we paired the bundled Lenovo Precision Pen 2 to observe its responsiveness. The pen provides a good grip and has a smooth tip, ensuring compatible use with the Lenovo Yoga Tab 11’s display.

There was a bit of lag observed when used to write on the tablet, but it is good for occasional note-taking and quick notes or edits. The younger ones, however, will enjoy using the pen for doodling and in playing interactive games.

Is it a good buy?

The quick answer is yes. 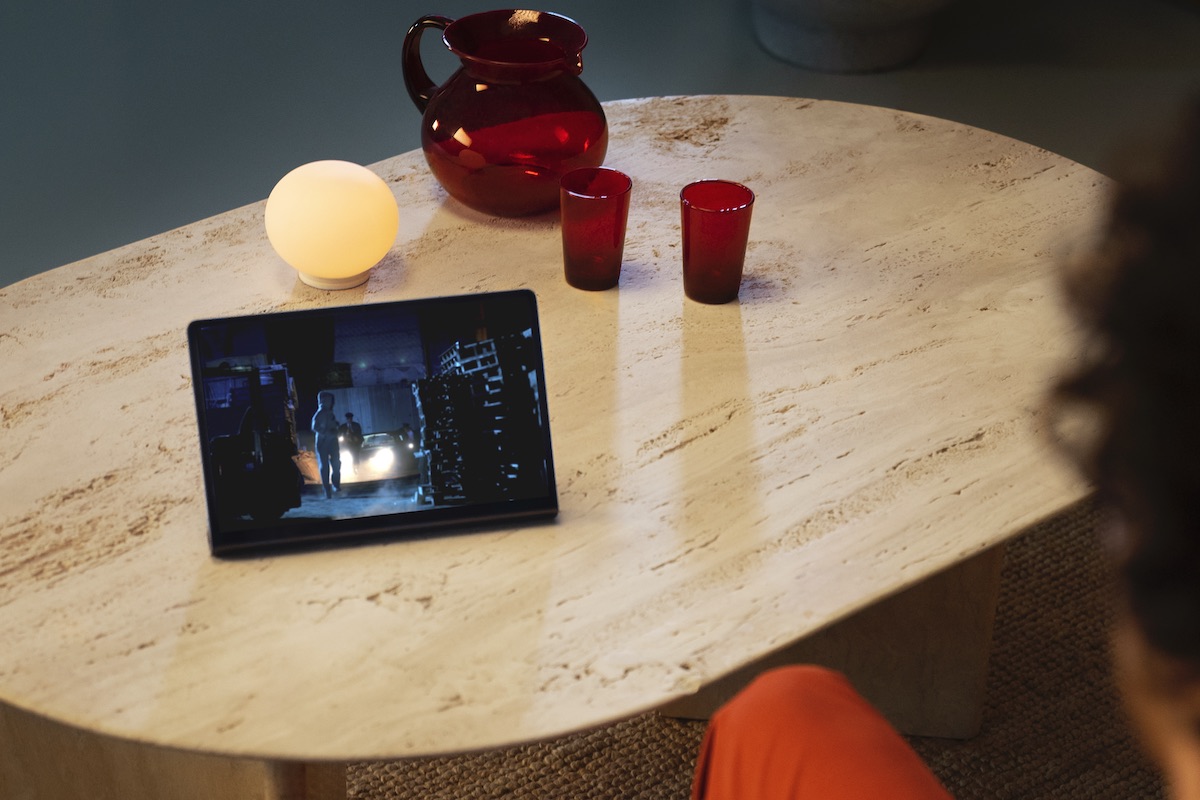 The display is big enough for users of any age as font size can easily be adjusted and the screen is just the right size for streaming shows and movies.

But for its price point, it is battling with stronger competitors in the market today.

Maybe this is not a tablet for designers or others looking for tablets that can handle heavy usage, but this is a good device to have for students and for working individuals interested in something handier than a laptop. 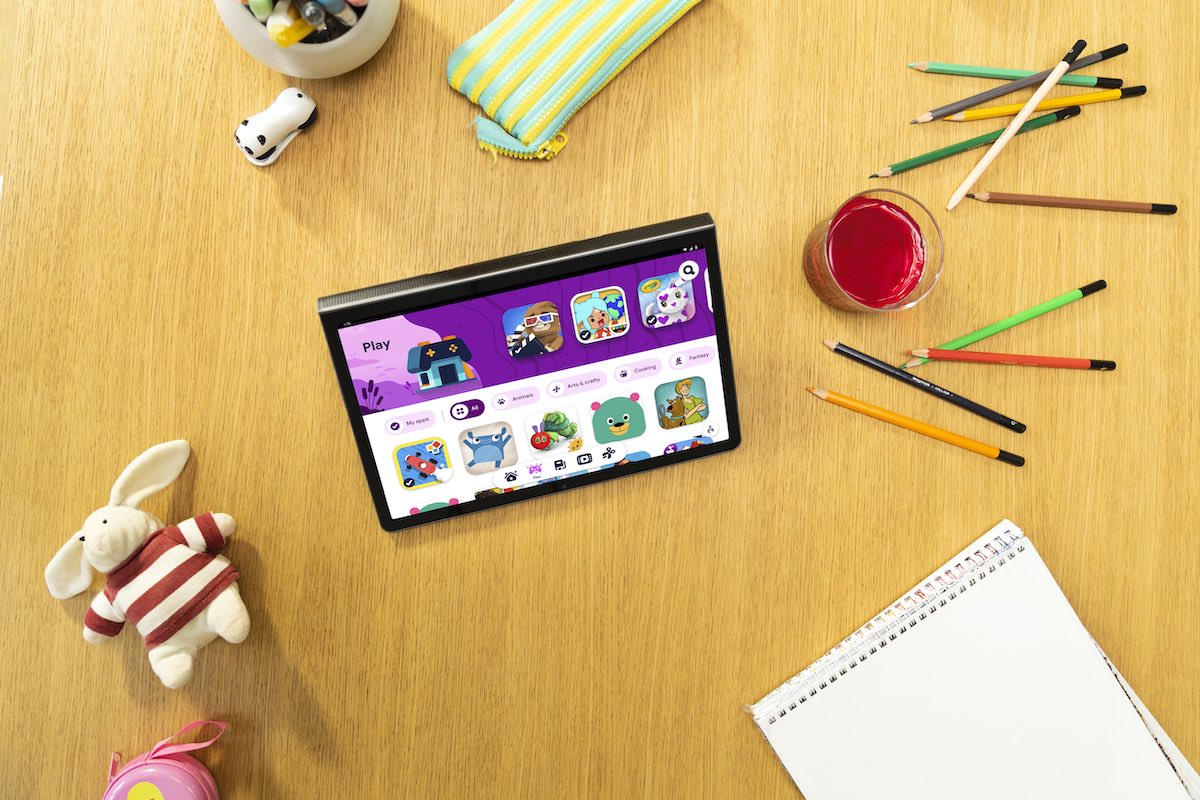 With these, it shows that it is a tablet compatible for families.

No need to attach separate accessories such as a stand or an external speaker for a clear movie experience. Enjoy literally hands-free entertainment.

For those intending to use it for work, switch between an important video call and that urgent email seamlessly.

The same goes for students. They may watch lessons on the tablet while taking down notes.

All in all, the Lenovo Yoga Tab 11 deserves the spotlight as it prioritizes comfort and flexibility for its users. It highlights this uncommon selling point in the tablet market today, and banks on its functionality to attract potential buyers.

Get the Lenovo Yoga Tab 11 with the Precision Pen 2 starting at Php19,995 from the Lenovo Flagship Store in Lazada and Shopee and from Lenovo Exclusive Stores and authorized resellers nationwide. Follow Lenovo Philippines on Facebook and Instagram for more updates.

SHAREIt’s not difficult to prove that women still face different forms of oppression...

SHAREFor local cinephiles, the past few weeks have been rife with film bayanihan....