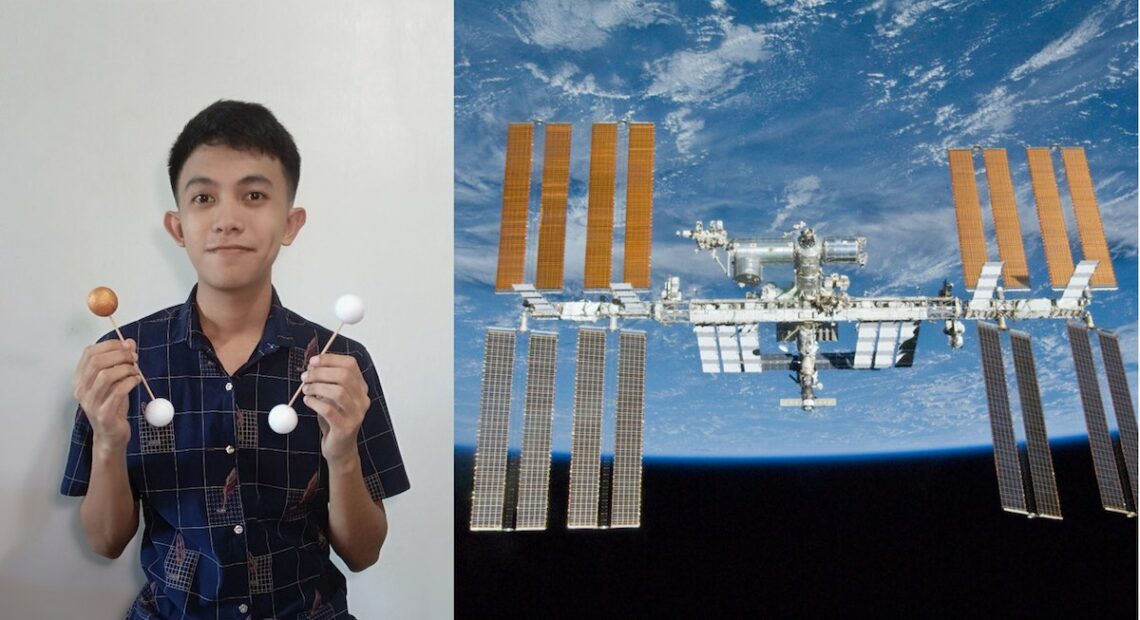 Space: the final frontier. But, it also makes for a great place to carry out an impactful experiment—just ask this University of the Philippines (UP) student.

William Kevin Abran, an incoming third-year applied physics student in UP Los Baños, is set to make a giant leap where few have reached—a.k.a. the International Space Station—thanks to his experiment proposal.

The experiment would look at the long-term stability of dumbbell-shaped objects in microgravity, which only has two main moments of inertia. If the dumbbell shape is proven to be stable, then it could potentially be applied when designing spacecraft and other materials.

Titled “Rotation of ‘Dumbbell-shaped’ objects in Space,” the experiment proposal is one of the six submissions out of 201 chosen to be performed in the International Space Station, as part of the Asian Try Zero-G 2022 competition. Japan Aerospace Exploration Agency (JAXA) astronaut and engineer Koichi Wakata will conduct the experiments in the latter part of 2022.

“I designed the experiment to be unique but simple because time and resources in the space station are very limited. It was the simplest among the final topics. That’s why I was surprised that JAXA still considered it,” William tells Scout.

“Still, I’m very honored and excited for this new learning opportunity. I’m thankful to the Philippine Space Agency for supporting my proposal and helping me improve the design of the experiment,” he says. “I hope this event sparks the interest of other students in space science.”

Photo of William Kevin Abran courtesy of him

SHAREExpensive jewelry never enticed me. No, it’s not some “one of the boys”...