With all the hours we crave to have, and so little to spare after counting in the hours we need for school or work, planning what to watch (and when to watch it) has become a weekly dilemma.

The weekend is obviously not enough to catch up on all your favorite shows, let alone binge a whole series in one sitting. So, instead, we tend to handpick which shows we can watch.

The usual go-to streaming platform in recent years has been Netflix. Packed with the biggest series hits like “Squid Game,” “Money Heist,” and the chess-centered “Queen’s Gambit,” we sometimes run out of shows to watch once a show wraps up.

The wait for the next big show, or at least a new season of long-running plots like “Bridgerton,” might take a few months of wait. The big question is: Do we have alternatives?

Luckily, yes. HBO Go, discovery+, and Crunchyroll are just three of the latest streaming platforms that have entered the Philippine market. And to all the GOMO fam out there, GOMO is giving you exclusive deals that will enable you to access these platforms with your ‘Mo Creds!

While discovery+ is great for reality shows and documentaries, such as “Johnny vs. Amber” and “Naked and Afraid of Love,” HBO Go is packed with hit movies and original series produced especially for the platform, including the highly anticipated “Game of Thrones” prequel: “House of the Dragon” series.

A hit show nowadays is the ever-so-popular dystopian sci-fi series “Westworld.” If you haven’t caught a whiff of what this show is about, it’s time to search up and you’ll get why it’s getting the hype. Its season finale is right around the corner so don’t miss out!

For anime fans, having access to Crunchyroll’s massive library will be one to watch out for. Watch new episodes of your favorite anime shows as fast as an hour after it broadcasts in Japan. Gain access as well to digital manga and read chapters on your phone anytime, anywhere. If you’ve only recently started watching “Naruto: Shippuden,” then this is the perfect app for you to catch up on Naruto’s adventures!

So here’s a shoutout to everyone out there who’s passionate about films and television: GOMO, the digital telco rising star, is offering ‘Mo Creds to enable users to swap their data for lifestyle vouchers! #ThatsMoLikeIt

It gained traction for its High Speed No Expiry Data. Previously, data can only be converted to texts and calls; this time, users can now convert it to avail of other vouchers.

The ‘Mo Creds lifestyle voucher now allows users to avail of a one-month HBO Go access in exchange for just 7GB of data, making it an affordable option to switch use of data balance depending on the user’s needs—or wants.

Alternatively, a one-month of discovery+ access can also be availed by swapping it with 8GB of data.

GOMO has also recently launched its one-month Crunchyroll Fan Pass this August. For just 8GB via ‘Mo Creds, users get ad-free viewing and access to the full Crunchyroll offering. Access to other features beyond just streaming is also included, such as with theatrical, consumer products, and so much more.

Swapping data is fast and easy

1. Open the ‘Mo Creds screen on your GOMO app and select the Lifestyle tab. 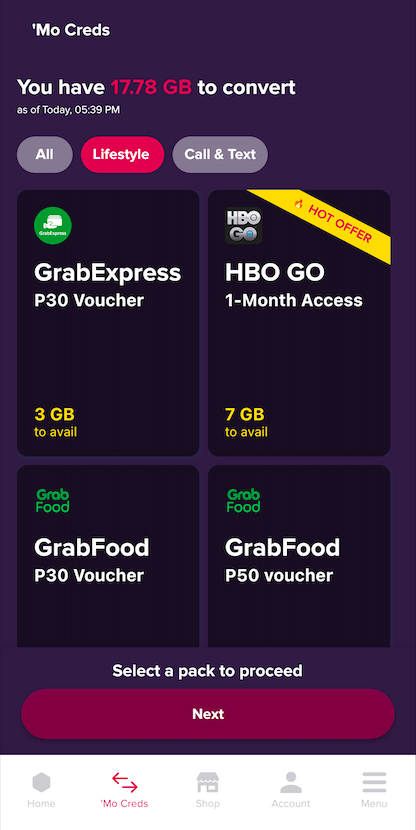 2. Choose the voucher you want. 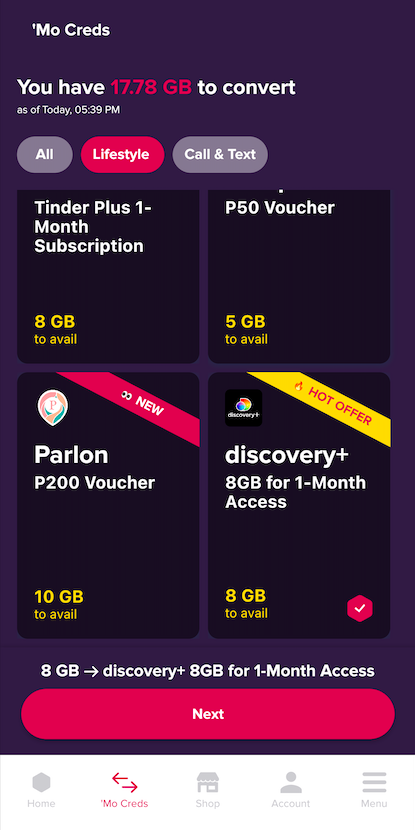 3. Review and confirm your conversion. 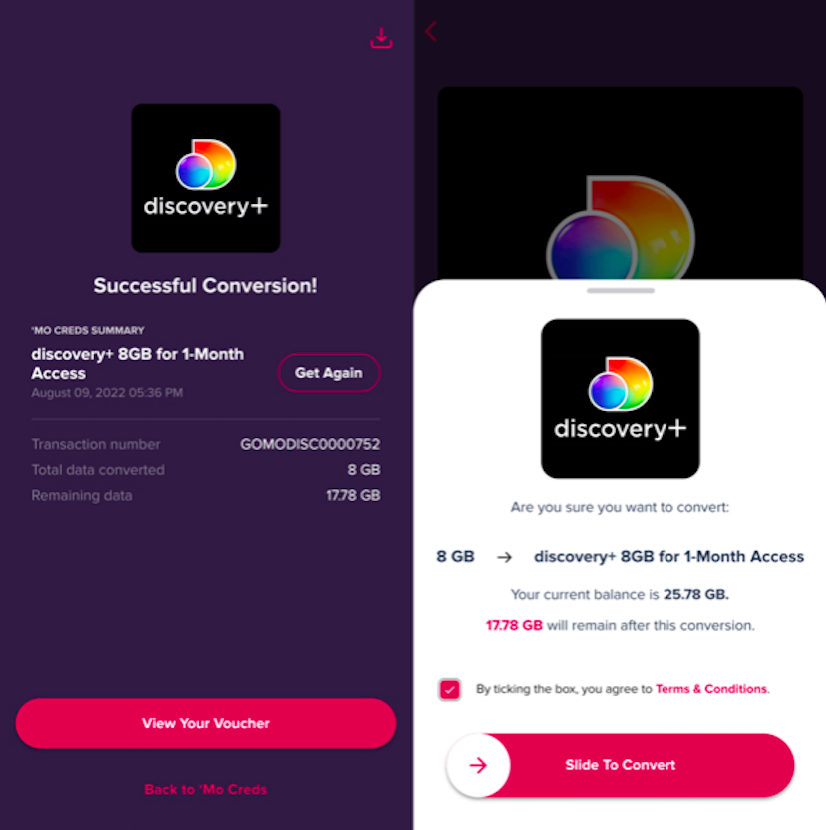 Now you can manage what you want to do with your data. If you’re suddenly craving that next big TV series binge or a movie marathon, you’re now only one tap away from getting that subscription.

Use ‘Mo Creds to swap your data into lifestyle vouchers now for ‘Mo awesomeness! For GOMO users, check-out ‘Mo Creds on your app today for all the exclusive deals you can get by swapping your GBs.

Getting FOMO? Switch to GOMO now by ordering a SIM here.

SHAREAkira is making a huge comeback! Now, we’re not just getting a live-action...

SHARESachet Archives is a mini-archiving project defining Filipino ephemera to those unfamiliar with...