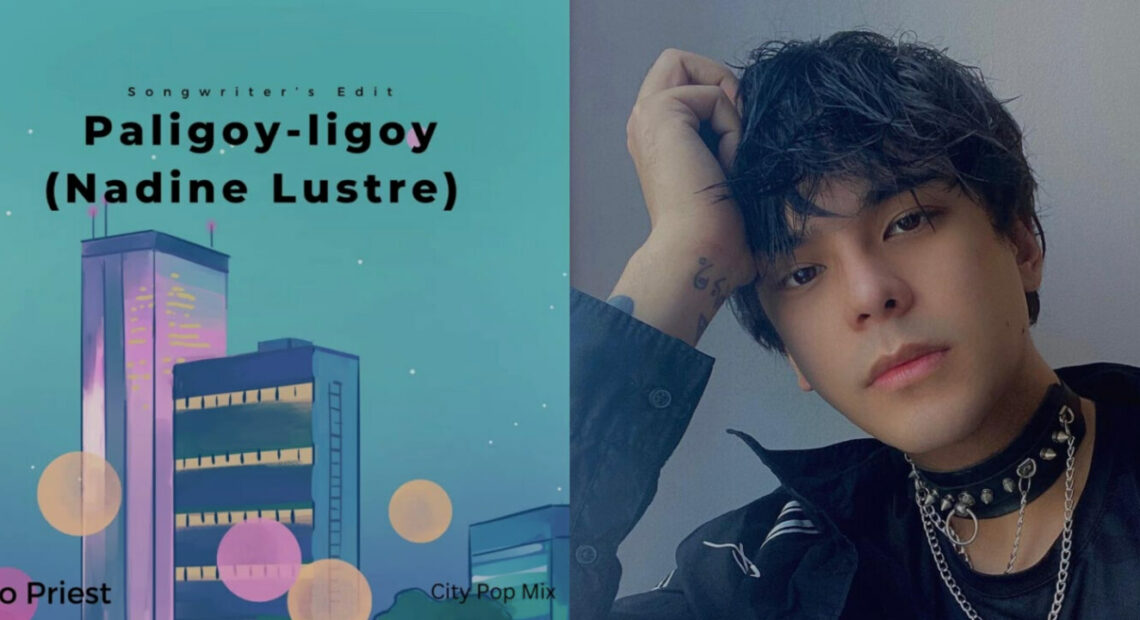 As a bubblegum pop apologist, “Paligoy-ligoy” by (President) Nadine Lustre has always been a masterpiece in my book. While many people mocked the song for its “pabebe” concept during its release—a.k.a in an era when empowering K-pop songs were emerging—I was shamelessly blasting it on loop.

Fast forward to 2022, the ear candy track has seemingly reached a brand new peak with the younger generations resurrecting it from the depths of online streaming platforms. Many people use the sound on their TikTok videos and quick “ship” edits—definitely a tune destined for timeless viral success.

I’ve always loved the song for its campy and easy-to-listen vibe, so I didn’t think it could get any better than it already is but here comes singer-songwriter Kio Priest proving me wrong. For those unaware, Kio is among the creatives behind “Paligoy-ligoy” and he just released a “yassified estetik” version of it on YouTube and IG. It’s still 100 percent cute with a few updated verses, accompanied by a contemporary city pop soundscape.

We almost got “Multo” instead of “Paligoy-ligoy”

In a quick chat with Scout, Kio reveals that “Paligoy-ligoy” wasn’t the original idea for Nadine’s single. They were supposed to pitch “Multo”—inspired by guys who love to ghost—but they eventually scratched the draft because the lyrics sounded (in Kio’s words) too camp.

“After that, we decided to go in a different direction, which was the ‘pa-cute’ high school type of track. When we wrote the first few lines, everything just started falling into place and the next thing we knew, the pitch got accepted,” says the musician.

While the song is steadily on its way back to pop stardom, especially among Gen Z, Kio remains pleasantly surprised by its influence—but also partly not because of “Nadine’s power, purr.” “I’m really happy when people like what we create. Hearing [them] sing along to it is already a huge reward for a songwriter.”

Considering the song’s commercial success, though, he admits that they aren’t given fair compensation. “Some people think we earn a lot from writing songs, but even now, we’re all not compensated fairly. It’s all driven by passion and the fantasy of (cliché incoming) touching people’s hearts and being with them at a certain time of their life,” says Kio.

(It’s disappointing that the music industry has forced songwriters and producers to “get used” to being undercompensated for their passion—but that’s a topic for another day.)

Now, moving on to an equally important matter: I think it’s time to drop the complete “yassified estetik” version of “Paligoy-ligoy” on other streaming platforms, Kio. I’m ready to stream the hell out of it… and I’m sure everyone else is, too.