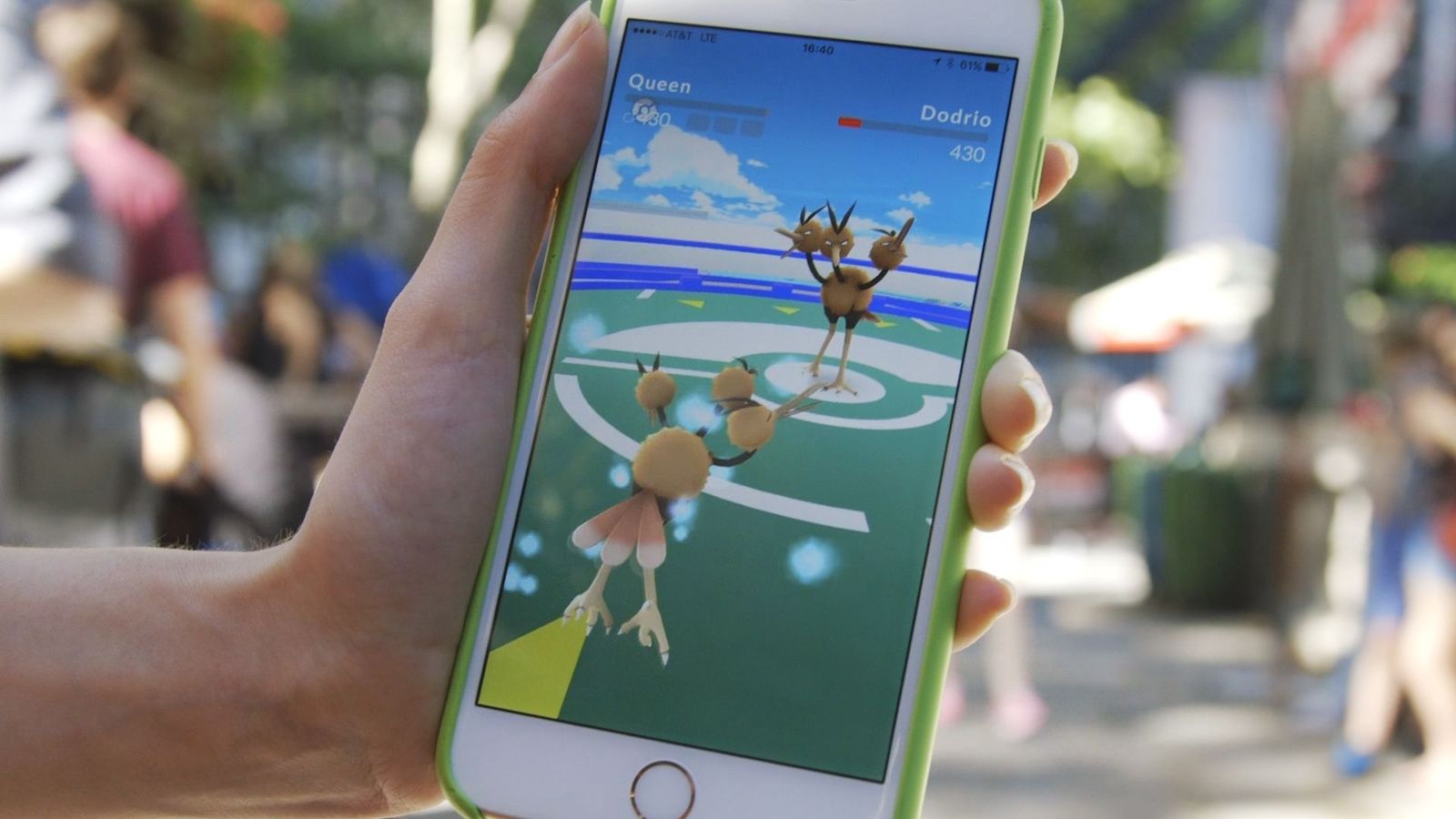 It takes me 15 minutes to walk to work from my humble little apartment in the city. Most days this month, I turn on Pokemon Go to take advantage of the walk. In those 15 minutes, I cover a little over .5 kilometers—an important distance for hatching the small 2-km eggs—and run into a handful of Pokemon to farm for stardust and candy, two of the game’s most important resources. In a vacuum, it’s not a terrible investment.

One month into the game, however, a lot of the buzz surrounding Pokemon Go has died down. I’ve found that I’ve been whipping out my phone during those morning walks a lot less. It’s becoming more and more tedious to keep the app open for those 15 minutes just to earn an extra few degrees on your phone’s internal thermometer.

In the 15 minutes I spent walking to work today, I turned the game on once again to hatch an egg I’ve been nursing for a couple of days. After a while, it finally cracked to spawn a Magikarp, and five Magikarp candies with it, bringing my Magikarp candy total to 105, leaving me with 295 more candies to go before finally getting a Gyarados. Meanwhile, on the rest of my walk, I encountered a Rattata, a Weedle, and an Oddish—Pokemon I already have, but am forced to catch for the miniscule rewards of the grind.

Bloomberg’s reported that Pokemon Go‘s numbers are falling all the way off, and if you’re any sort of fan of the original video game franchise, it’s not hard to see why: it just isn’t the game we were expecting. And it didn’t take long for a lot of people to figure it out, either.

You know there’s something amiss when you’re playing a game and all you can really think of in the middle of it is “what the hell am I doing here?”

When Pokemon Go was first announced, everyone went nuts—especially those whose last Pokemon experience was Red/Blue/Yellow, or even Gold/Silver/Crystal. Yeah, we finally get to use our real-world surroundings (!) to catch Pokemon, and surely that must mean using those Pokemon to battle other people’s Pokemon! Because those two things go together to constitute the main hook of the original games. Both concepts do exist in this game, but in radically twisted forms.

Instead, we’re forced to move along in the game by mindlessly capturing all the Pokemon we find, and catching many copies of the same one in order to make them stronger and/or evolve them. The sense of kinship players felt with their Pokemon in their Game Boy journeys is utterly lacking here because Niantic made them little more than commodities, to be discarded with little consideration to net stronger, more capable minions. And what little battling exists has been reduced to a ridiculously unintuitive, and not to mention inherently difficult, format in Gyms—which are also few and far between in the real world unless you live in a dense urban area. A lot of players quickly figure out the sad, sad lie behind the illusion once the novelty wears off: this isn’t a mobile Pokemon game, but a mobile hoarding game featuring Pokemon.

[pull_quote]The sense of kinship players felt with their Pokemon in their Game Boy journeys is utterly lacking here because Niantic made them little more than commodities, to be discarded with little consideration to net stronger, more capable minions.[/pull_quote]

So where did it all go wrong? Easy—by making Pokemon too casual. This isn’t a potshot at casual gamers, because that side of gaming has its own time and place, but it is possible to dumb down a game enough to make it too boring. And the changes Niantic tries to introduce with each major update are just tone-deaf shots that fall short of the rim—appraisals? Pokemon buddies? No, we want the original games on our phones, dammit.

Sure, massively multiplayer online battling might be a little too tough to implement on a mobile game, limiting the amount of people who could get to play it, but the trade-off might result in an infinitely more interesting experience that goes beyond walking around and catching Rattata for stardust.

That said, even though I’ve been pulling it up less, I still open the game on a semi-daily basis.  I’m still trying to figure out why, though; it’s not some incurable addiction to the game because it’s just not that good to be addictive. Maybe it’s for completion’s sake, or maybe it’s because the simplistic design kind of forces you into a routine you feel obligated to keep pursuing. Or maybe it’s my own sick sense of completionism, because I still haven’t found all of the entries on the Pokedex. And once they add the next round of new Pokemon, out of over 500 creatures and counting waiting to be included, you can expect the fad to make a quick comeback, as people get excited at the prospect of hoarding even more for their collection—and die off just as quickly as it did the first time.

So until we get the mobile Pokemon game we truly deserve, I suppose we’re all stuck with this casual abomination. You could choose to keep with it until we get the next batch of additions, or you could uninstall it and go download a Game Boy/DS emulator for your (Android) smartphone so you can play the old games. I won’t blame you if you go with the latter; separation anxiety’s the only thing keeping the game on my phone anyway.

Photo from the Verge

SHAREThere may be no other generation in modern history as wistfully flighty as...

We draw wild card Marco Gallo for our decade-end issue

SHAREOur latest issue is not your typical year-ender. It also marks the end...

Last week, we finally got to see James Reid’s much-anticipated music video for...