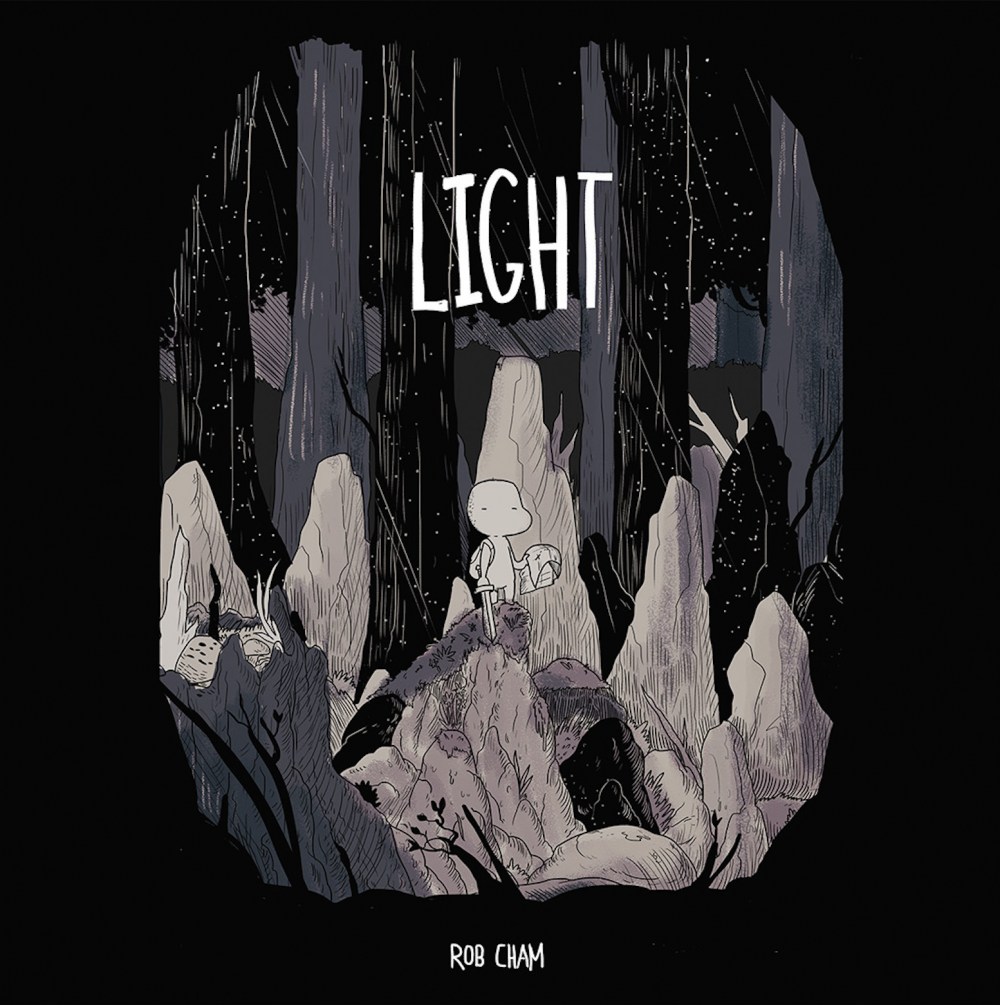 Without any research, all I know about Rob Cham are the following: He’s funny on Twitter, he’s from Baguio (no idea where I got that from), and he’s a damn good visual artist. He’s not exactly a household name yet, but if you’re into the local comics scene, you would know who he is. His body of work has gained a lot of traction over Tumblr and soon, the rest of the internet over the years, and it’s safe to say I’ve seen one of his illustrations, whether it’s a gig poster or a tweet.

His first graphic novel Light recently got picked up to be published internationally, and was also nominated in the 35th National Book Awards under the Best Book of Graphic Literature (Wordless) category. It’s safe to say that Hachambe (as his ever-changing Twitter handle has settled on) is on the come up. We reached out to Rob to talk about Light, getting nominated, and his thoughts about the local comics scene.

Can you tell me more about working with Buño and Magnetic Press? How was Light slated to be published under them?

Buño is an imprint under Magnetic Press. It was started by Ulises Fariñas and Storme Smith, they’re the masterminds behind the whole operation. I was friends with Ulises. I met him on Twitter, and was a fan of his work. Around the time I was promoting Light‘s publication and release here in the Philippines (under Anino Comics, an imprint of Adarna House), I added him on Facebook. At the time, I was posting these pages of Light, and ads trying to get my friends to pick it up, or let people know about it at least. He saw it, and asked what it was.I sent over a copy and we got to talking. I had a bit of a panic attack thinking this guy I looked up to was looking at my work, and I washoping he liked it. He got back to me, and we started talking about working together on some projects. When Buño was founded, he asked if they could publish Light, and now we’re here.

Buño is a new publisher, and Light is the first book being published by wonderful new entity in the comics scene. It’s is being released with 120 pages of full color printing, hardbound. 7×7 inches. It’s beautiful and how I wanted it to look in my dreams, and I am so freakin’ happy.

How would you introduce or explain Light to someone who’s never seen your work?

Light is a story about bringing color to a black and white world. It’s a silent comic, which means it has no words, and the story is told completely through just the images. I’ve never given a name to the main character, but let’s call it ‘nameless adventurer’. We follow this nameless adventurer as they figure out how to change the world, and it’s a hella weird adventure. It’s available locally in bookstores from Anino Comics, and it’s getting an international release on September 21. 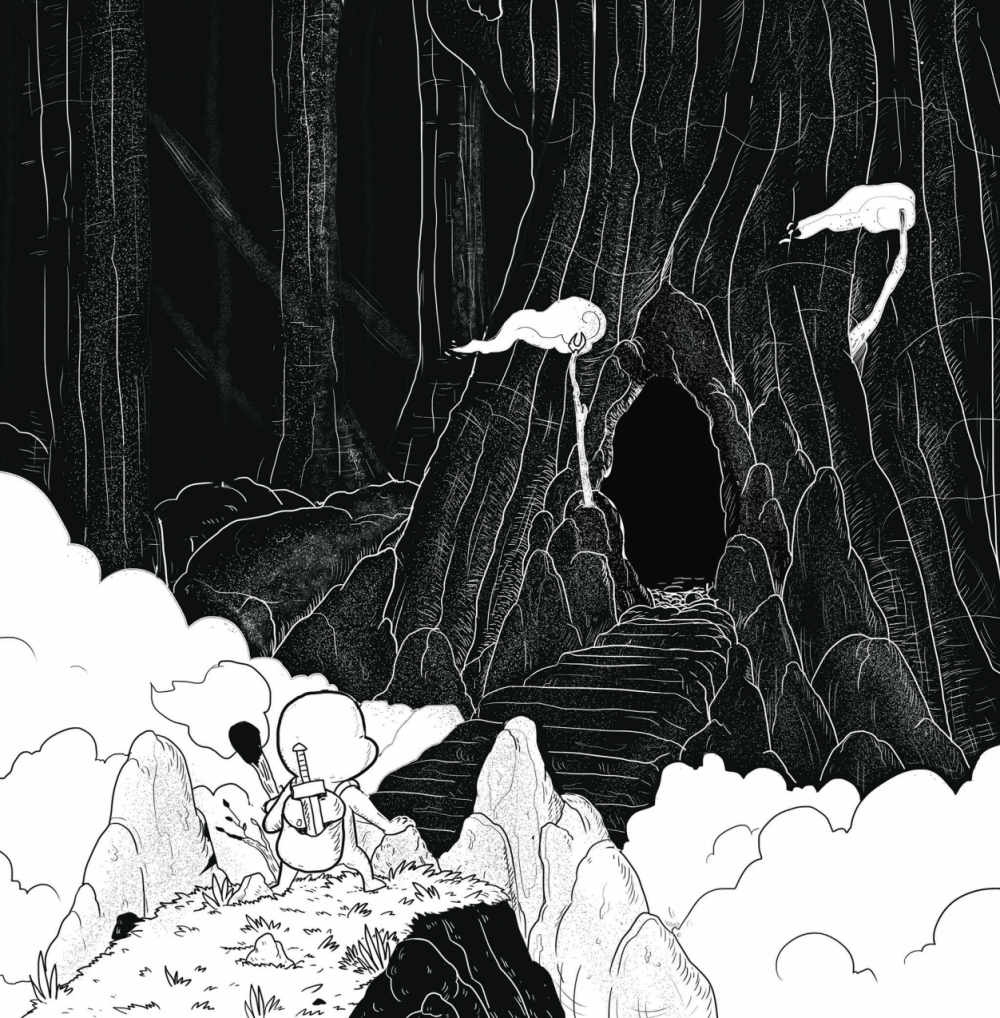 There is a follow up book that involves the same characters you meet in Light that just Anino released earlier this year. It’s called Lost. It’s now also available at your local bookstore. Yay.

Aside from Light getting published internationally, you’ve also been nominated for a National Book Award a few days ago. What does it feel like to have a good week?

I never thought I’d end up here, honestly. I started out in comics with a specific idea that I’d only ever make dumb comics for myself. I never figured I’d ever have a book made, much less one that could be considered for a National Book Award, or international release. It is surreal to me that this is still happening. I called my dad about both times, when I got the nomination, and when I got the opportunity to get it released through a foreign publisher, I owe him everything and to hear him just kinda tell me he’s proud of me, it’s kind of also something I never… expected at the time I decided to make comics, that this would be something I could have some closure with my dad about. I want to say that he’s always been supportive of me doing art, I just, I just am glad that I got to make him happy about it, that he got to see how his hard work paid off, that I am really thankful for my family, and friends, and just, man… SURREAL. AND SO CATHARTIC.

Could you explain your reaction in a GIF?

Talking about the National Book Award, you’re the only one nominated in your category. What are your thoughts on the local comics scene?
I feel like the local comics scene right now is just full of amazing creators. The scene is very much alive. I love going to cons just seeing what new stuff I could grab or what new creators are out there.

I’d say that the local comics scene is at a threshold? It’s gotten to the point where there are a lot of good content creators out there. Every time I go to Komikon or other conventions, I’m always glad to see just how much work is being made. I think the problems we face are just how to get this work out to everyone. Cons are big opportunities to sell, meet new people, make friends, and the like, but the problem I think is outside of cons, you only ever get a chance to put your work out there through limited physical outlets, you either try and hustle and consign books to small bookstores and comic shops, the other option of distribution being getting your books into the hands of publishers who then handle the logistics of distribution, sales, and marketing. So we’re kind of limited that way but I feel like it’s changing where you have this new generation willing to post their work online, where you get the work out there and have people interested in you and your work. 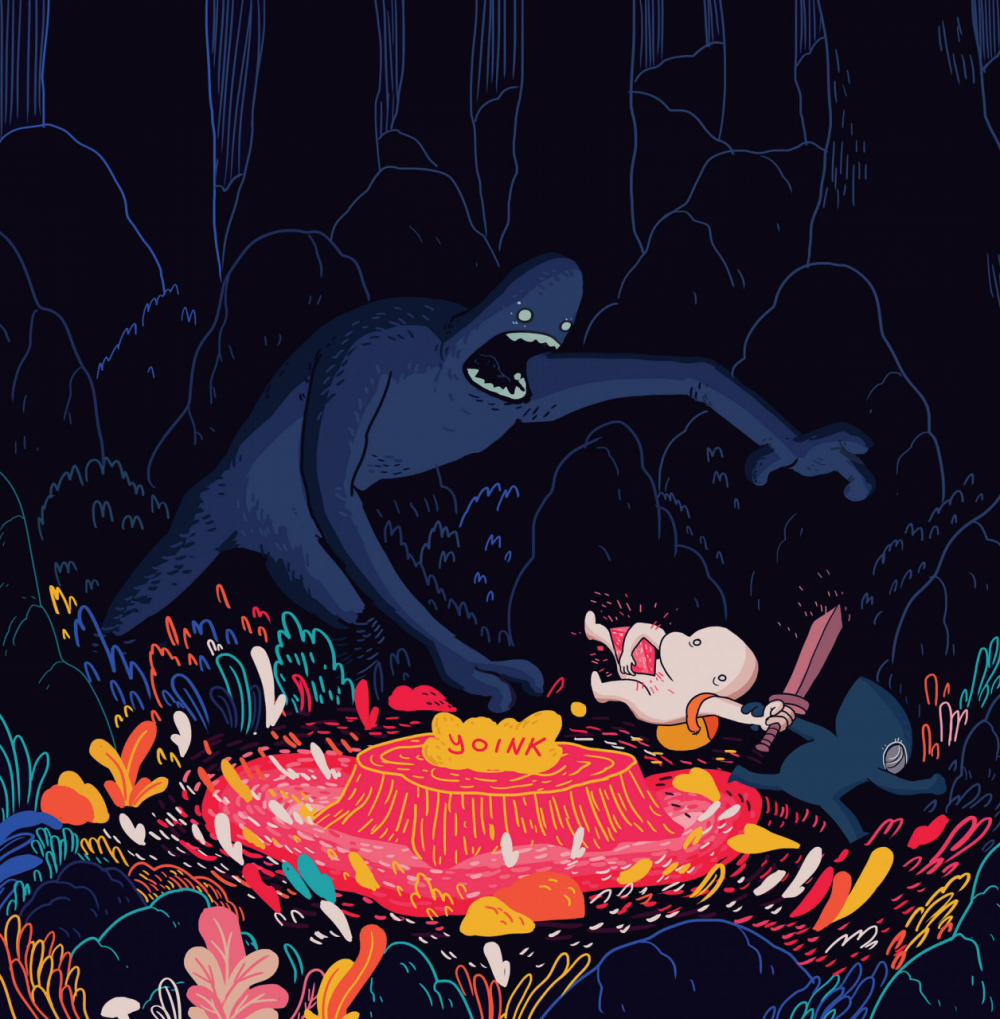 So the landscape is changing and I think creators are adapting to it. Examples would be creators like like Mervin Malonzo, Manix Abrera, Libreng Komiks, Dead Balagtas, Uy Si Crush (Richard Mercado and Gaby Taylo) among others. It’s also getting to a point where more publishers are interested in investing in comic creators from the scene and we’re getting a lot of good books out there from new creators. Anino Comics is a great example of how they’re cultivating new talent, Visprint is still on top of its game, and I hope it continues.

What are your upcoming projects we can look forward to in the near future?
I can’t announce anything yet. I’m working on new books, though. I just can’t say what the hell they’re about due to: contractual obligations, and the other reason being: it is not ready at all. The two books I’m working on, one story is written by a friend of mine, and the other is something that I wrote and have been editing/reediting since 2011. The first one should be out this year hopefully, and the 2nd one is something I’m planning for next year. I don’t really have anything else going on and have just been drawing these comics all year. I’m doing my best. God, I hope people like it.

I bet they will, Rob. Check Rob Cham’s website over here.

Are you there, Hazza? It’s me, the Lorde almighty

SHAREThe Science Education Institute of the Department of Science and Technology (DOST-SEI) has...