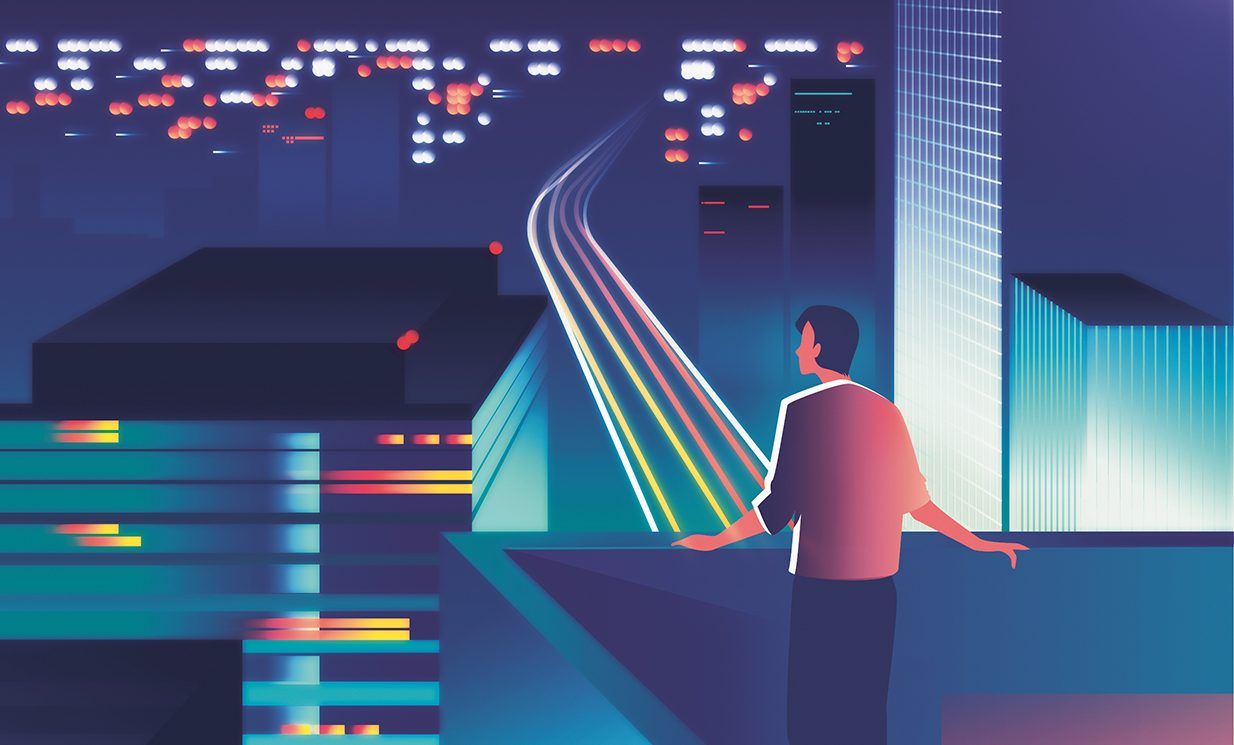 So it was weird to me that there’s an idea, a concept, a phenomenon about people having characteristics based solely on where they live: things like a Makati boy, a Quezon City girl, an Alabang boy and so forth. The Alabang boy always keeps a pair of Ray Bans on the dashboard of his new car, and is almost always  dressed for the summer heat. The Quezon City girl is a stickler for time because of the heavy traffic that is on almost every single road she passes.

And so this whole thing coalesced into something bigger, for better or for worse: the birth of the person who’s from the South or the North. There exists an imaginary line drawn across Mandaluyong and Pasig that divides Mega Manila into two distinct boundaries. The North has Ortigas, the bulk of Quezon City all the way up to Commonwealth; the South goes down to Makati, Taguig, Pasay and finally the two sides of the Alabang-Zapote road in Muntinlupa and Las Piñas. The differences manifest in everything from behavior to clothing to language—markers of culture that somehow form enough to make a difference worth noting. Notions like people in the collective South are more chill compared to the North, people in the South sound more conyo, South people have better parties and so on. Someone asks, “Are you from the North? The way you speak is very kanto but also conyo.”

“The differences manifest in everything from behavior to clothing to language—markers of culture that somehow form enough to make a difference worth noting. Notions like people in the collective South are more chill compared to the North, people in the South sound more conyo, South people have better parties and so on.”

Manila was and somehow still is a stranger to me. I don’t know what malls were before they were malls. I don’t have a childhood restaurant aside from fast food joints, and I don’t have memories of the cities with tall buildings before there were tall buildings. I’ve never had Sundays chilling with my family in Greenhills or Saturday afternoons roaming around Glorietta. I didn’t fly kites in what is now BGC, before the land was developed. The fresh air in the South is what I had always assumed air smelled like.

A study called “The Cultural Construction of Self and Well-Being: A Tale of Two Cities” focused on two cities in the United States—Boston and San Francisco—and examined them in terms of social norms and psychology. The findings were that the two cities were both the same, but had very different histories. These differences, the paper notes, come out in banal ways, like stereotypes.

“So is there really a collective North and a collective South? Is a person from QC different from a Makati boy? Yes and no. Climate, geography and living conditions all factor in on the differences but what’s most important is history—history of the city and history of you and the city.”

Quezon City was envisioned by Manuel L. Quezon as the new capital of the country as Manila became more crowded. Alabang prospered in the late 90s and changed from a farming district to a bustling financial and residential hub. Makati is eclectic in the city because of the influx of people that work there as well as its colorful history as both a marker for commerce due to its closeness to Manila in the colonial period and a marker for change from the many demonstrations in the business district before the People Power Revolution. Today, Manila is still the capital and Quezon City the biggest in terms of population density. Alabang is still a strong financial hub, with its neighbors in Cavite and Laguna following in urban development. Makati still holds its reputation as a city that can make it all happen thanks to its Make It Makati campaign. Quezon City is also becoming a vibrant city of progress based on its anti-sexual harassment laws and its initiative to add culture to the city with events like the QC Film Festival.

Aside from the history of the city, we can look at our own personal history for answers: our childhood hangouts, our family lunches, our places of excitement and our places of rest. Municipalities become cities, towers get closer to the clouds and more people cross the street every day. In the wake of globalization we see the world getting smaller and smaller; when I go to other countries I still feel like I’m still on the same plot of land on different ends of the Earth.

So is there really a collective North and a collective South? Is a person from QC different from a Makati boy? Yes and no. Climate, geography and living conditions all factor in on the differences but what’s most important is history—history of the city and history of you and the city. Nobody can take our experiences from us. The stereotypes reflect on something deeper about our local contexts, and it would be wrong to attribute who we are solely based on where we live. Sometimes “Town” can mean Alabang Town Center, and sometimes it can mean UP Town Center. Sometimes the toll booths are better than the traffic lights. Sometimes a day in Tagaytay can beat a day in Bulacan. Sometimes, I feel like a North boy. The differences don’t really matter to other people. What matters is what they mean to me. The world is beautiful that way.

SHARE  This June 5, we’re bringing the New Orleans feast to One Bonifacio...

SHARESelf-care is a gray area in my life. In fact, I’m not sure...

Your next reads are Ricky Lee’s free online screenplays

SHAREMissed your chance to get schooled by master screenwriter Ricky Lee in his...