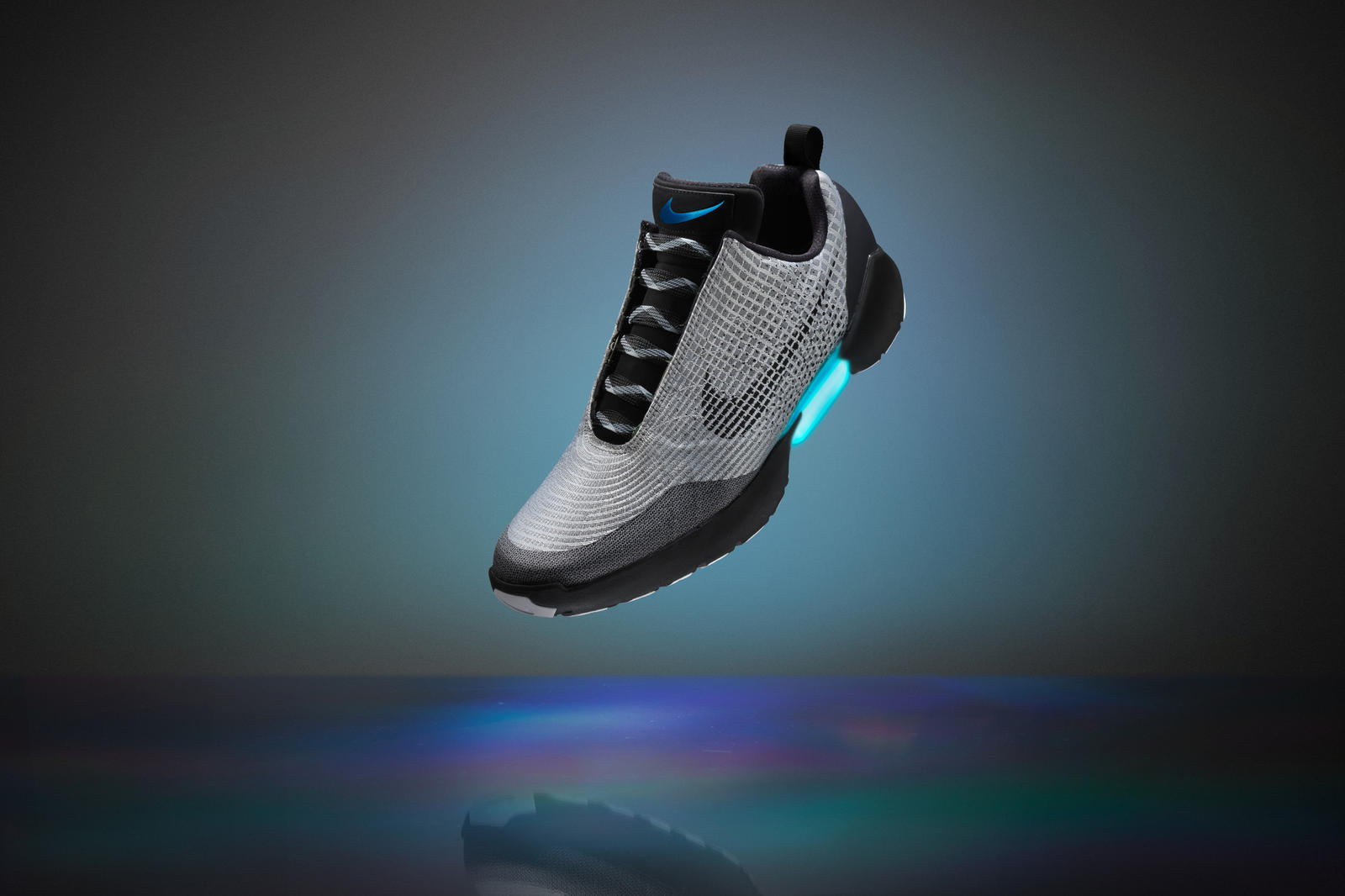 Part of the magic of Marty McFly’s futuristic Nike kicks from Back to the Future II was not only the fact that they looked like proper space-age high-tops that totally hold up today, but also the fact that they were automatic, self-lacing sneakers. You might think that that’s a totally lazy thing to celebrate, but so much human error is involved in the process of tying shoes that we might be a lot better off with a machine doing it for us.

Now, Nike’s actually caught up with the fictional technology and put out limited edition Air MAGs (the official designation of the kicks in the movie) that actually have working power laces. They had all that down pat, and naturally, the next step in the technology is putting it in other designs—you know, silhouettes that more casual sneakerheads can enjoy.

The HyperAdapt is actually pretty much the Air MAG in running shoe form. The lacing mechanism, which can be activated by either stepping into the shoe or using two buttons on its side, is in that sexy glowing part in the sole, which lights up when it’s adjusting the fit. Reading the technical description, it also seems to be more of the shoe’s upper part adjusting to the shape of your foot no matter the scenario (it can swell up a bit while active).

The HyperAdapt is only the first step in making smarter shoes for athletes, which also translates to cooler stuff for everyone else. “Wouldn’t it be great if a shoe, in the future, could sense when you needed to have it tighter or looser?” says legendary Nike designer Tinker Hatfield, who helped make the shoe. “Could it take you even tighter than you’d normally go if it senses you really need extra snugness in a quick maneuver? That’s where we’re headed. In the future, product will come alive.”

The HyperAdapt is dropping in the U.S. on November, and as with a lot of things, it should only be a matter of time until it gets to local shores as well. It might just be next year’s breakout sneaker.

NGL, releasing your stress and frustration via Ghibli stills is pretty therapeutic