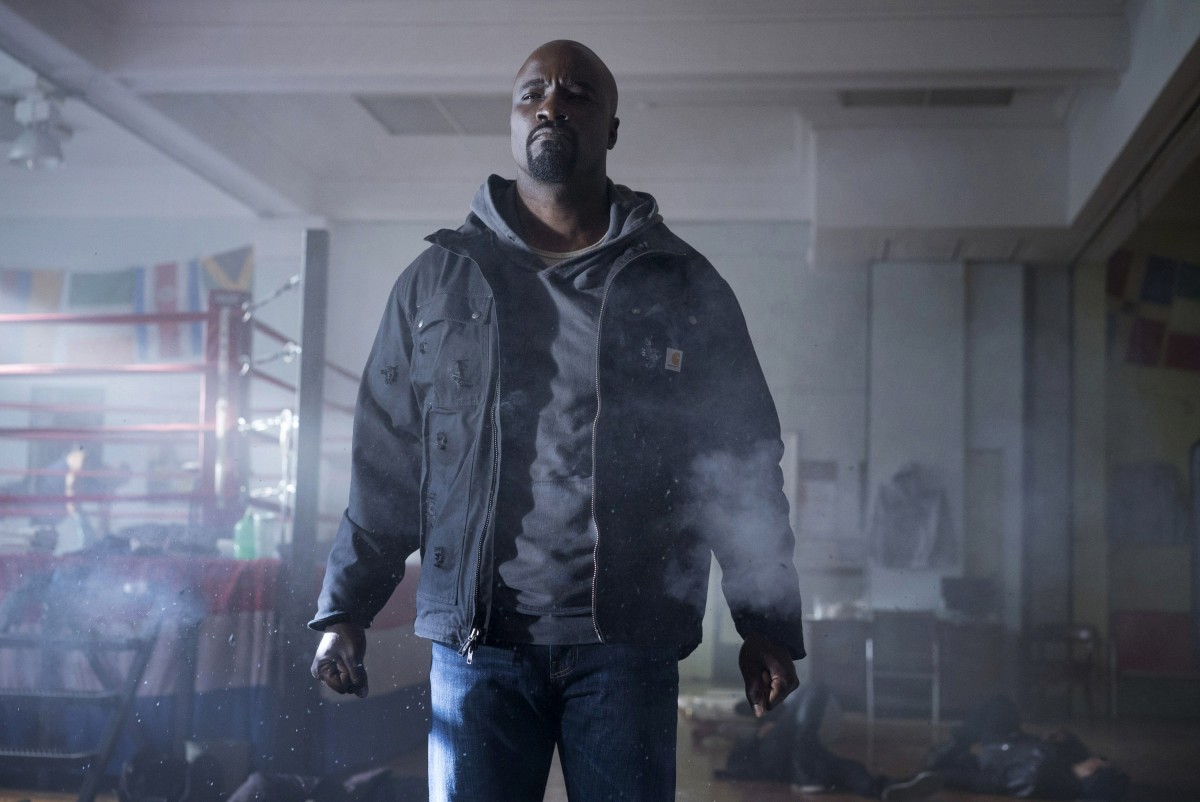 The truth is Luke Cage has been out on Netflix for more than two weeks now, but I really, really wanted to finish the whole thing before putting my two cents in, and it’s hard to bingewatch things when you’re busy in the real world. Now that I’m done, though, it was one hell of a ride, and things are only just getting started.

Although this could very well be recency bias speaking, Luke Cage is the best Marvel show on Netflix right now, usurping Jessica Jones from its spot (but in no way diminishing any of what Jessica Jones stands for with its story). I’m not just saying that because I love the gratuitous use of hip-hop in the series; while it’s not as action-packed as Daredevil or as harrowing as Jessica Jones, it stands as the best morality tale about the times we’re living in now.

The main thesis, of course, is that Luke Cage is a superhero with immense strength and unbreakable skin due to an experiment gone wrong. In this updated blaxploitation piece (a term most critics are wont to throw around), there’s a heavy emphasis on Luke’s hard skin and its implications. Correlating it with Luke being bulletproof (a point beaten and buried into the ground over and over by different characters in the series) is an important symbolism—one I embarrassingly failed to notice until I read it somewhere—to make in an era where African-Americans are getting gunned down in hoodies just for the color of their skin, and the motivations other people think they have because of it.

[pull_quote]What’s most interesting about the show is that in presenting a hero that’s considered bulletproof, it debunks everything else, even Luke and his eventual iron skin and willpower, as very destructible. Even when the bullets merely poke holes in his hoodies, there is always something else to be destroyed, and there are other ways to break a man.[/pull_quote]

At first glance, none of this seems relatable to the local audience. What, or how much, would many of us know about race relations in the U.S., or the dynamics of wealth and gentrification in Harlem, the Manhattan neighborhood the show’s set in? But some closer attention paid to the story shows you that many things are the same: politicians such as Mariah Dillard work with crime lords like her cousin Cottonmouth in the name of public progress and private ambition; there is a battle between the system and those who don’t believe in it; people will turn to their basest urges in the midst of passion and obfuscation and abuse the weak; people with power can twist stories and frame others who are just trying to do good; the police are not to be trusted, but the masses will believe anything that’s fed to them. There is every reason  for a Filipino to watch and pay attention to Luke Cage.

What’s most interesting about the show is that in presenting a hero that’s considered bulletproof, it debunks everything else, even Luke and his eventual iron skin and willpower, as very destructible. Even when the bullets merely poke holes in his hoodies, there is always something else to be destroyed, and there are other ways to break a man. But as much as it shows that seemingly-invincible demigods can be taken down with the right technology or the best-timed play, the series also proves that with the right resolve, crime can be eliminated, strangleholds can be broken, traditional politics can be undermined, and the truth can truly emerge.

In an ironic twist, the season finale also proves that what look like victories can easily be undone. Nothing is permanent—in real life, only the struggle between right and wrong is indestructible. Your ideas and beliefs aren’t bulletproof, but what’s important here is that necessary discussions are fleshed out. The latter half of the season contains a brilliant, if not a little too optimistic debate on trusting the justice system, an exchange that’s way more level-headed and reasonable than Daredevil and Punisher’s.

As for the show’s merits, I will admit that there is a noticeable lack of action compared to other Marvel shows on Netflix. It’s not any less gory and unapologetic when it finally decides to be, but each episode builds up to only one or two big (and short) action climaxes, perhaps deciding by design that it would much rather be a thorough character study of Luke Cage, Claire Temple, Misty Knight, African-Americans of all classes—from the street thugs to the middle-class to the corrupt elite—and Harlem itself. While it can get campy, it’s also the most Breaking Bad of all Marvel property yet, and while there will be some who’ll like that, others are gonna find that a bad thing. But stay for the music and all the neat Marvel easter eggs, though.

On a related note, Iron Fist is gonna have some big shoes to fill next year. And with the way Marvel has been using Netflix to shed light on real complex and nuanced issues a lot better than the movies ever will, it’s not unreasonable to demand that Iron Fist be self-aware in the story it wants to tell. (I can’t even expect Doctor Strange to talk about that, because that isn’t even in his story.) Even Daredevil had something important to say, despite the latter half of the second season devolving into some weird supernatural Hand shit to set up what I assume is the Shadowland arc one day.

Image from Forbes and Netflix

SHAREWe’re pulling you in for a spine-chilling time on Oct. 30 at Scout...