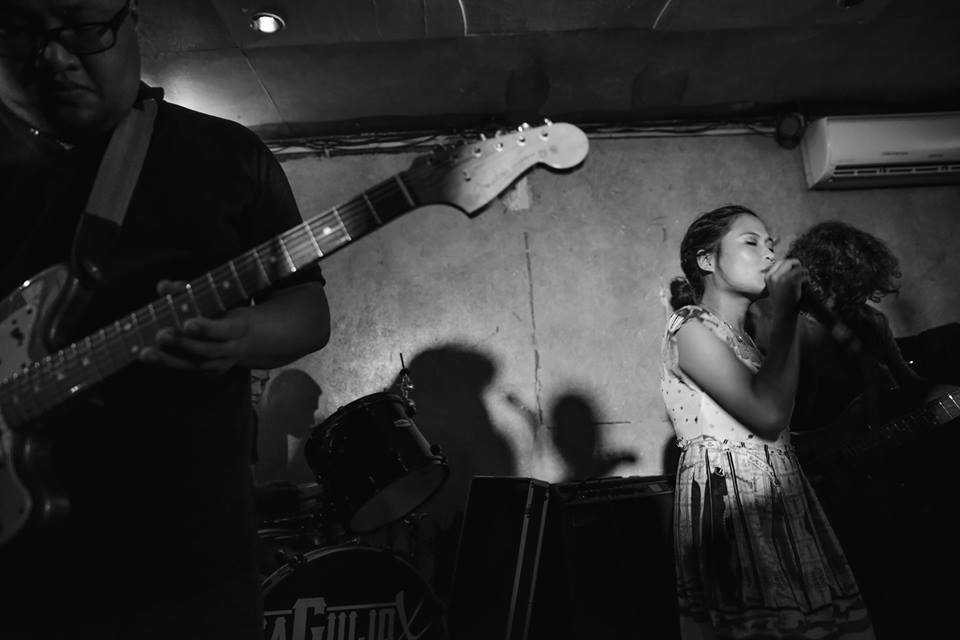 Arigato, Hato! has been in our local music scene for a while now, arguably one of its best-kept secrets in the shoegaze and bedroom pop genres. For those who aren’t familiar with this five-piece group, one of the neat facts to learn about is that they’ve all got animals as alter-egos onstage–Gato (Cat Cortes), Bee Bear (Mikey Abola), Anteater (Joe Fontanilla), Koala (Ayon Sanchez), and Panda (Martin Tensuan). If you’re not already sold on the cute animal names, then we don’t even know anymore. 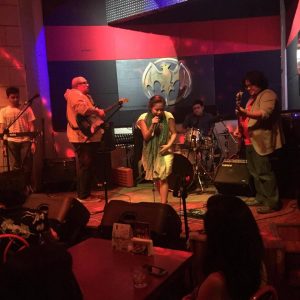 About five years ago, the band released their first EP called Heartsongs (For Humans), a dreamy four-track offering filled with vivid lyrical imagery, colorful beats, and of course, animal themes (check out “The Fish Song”), all nicely topped off by Cat’s sweet but gentle vocals. Honestly, we’re just sorry we haven’t heard about them sooner.

Or perhaps you’re like us and heard their re-mastered track for “Hide the Drinks, I’ll be Okay” on the trailer for Ang Manananggal sa Unit 23B. Good news for those who loved it (like us)–the band will soon be releasing two re-mastered songs for the film on Spotify, so ya’ll better keep an eye out for those.

After a long hiatus, Arigato, Hato! played two much-anticipated gigs just last February. We can only cross our fingers that they’d be up for more in the near future.

Moving on to the theme for this week’s playlist–shower songs. Come on guys, admit it–you’ve probably sung in the shower at least once in your life. Band vocalist Gato, or more prominently known by her human name, Cat Cortes, courteously shares her shower karaoke playlist with us. Let us know yours in the comments below.

1. “I Know” – Fiona Apple
Fiona Apple has one of my favorite voices and brains! Her lyrics are always so clever and layered. As sociable as I can be, I actually really value my time alone too. This includes being emo in the shower. Fiona Apple brings that part of me out.

2. “Bartender” – Regina Spektor
I can’t remember if our song “Hide the Drinks, I’ll Be Okay” was partially inspired by this, but this woman makes me swoon. She writes such unique stories! I watched her live in Singapore four years ago and her performance along with my loneliness and homesickness that evening was so pronounced that I had a Skype call with my high school girlfriends and cried my eyeballs out.

3. “Intuition” – Feist
From my song selection, you can now imagine that my showers are emotional rollercoaster rides. ‘How was your shower today, Cat?’ It was refreshingly upsetting. Emotionally draining. Yep, that’s how I roll.

4. “Somebody to Anybody” – Margaret Glaspy
This is such a powerful song. I like the idea of being ‘good at no one.’ You shouldn’t be good at anybody. You should be good on your own. Yaaaaaaaaas!

5. “Favorite Color” – Carly Rae Jepsen
Nakikiuso lang ako. I don’t actually know Carly Rae’s stuff as well as my friends or some of the Hato boys do, but this one–I fell in love with this one. I wanted us to cover it for our ‘homecoming’ gigs earlier this year, but we didn’t have enough time to practice! Next time!

SHARE“Some places in Asia cannot get their work out there because of their...

SHAREYou mean to tell me that vampires, possibly roaming this Earth for centuries...