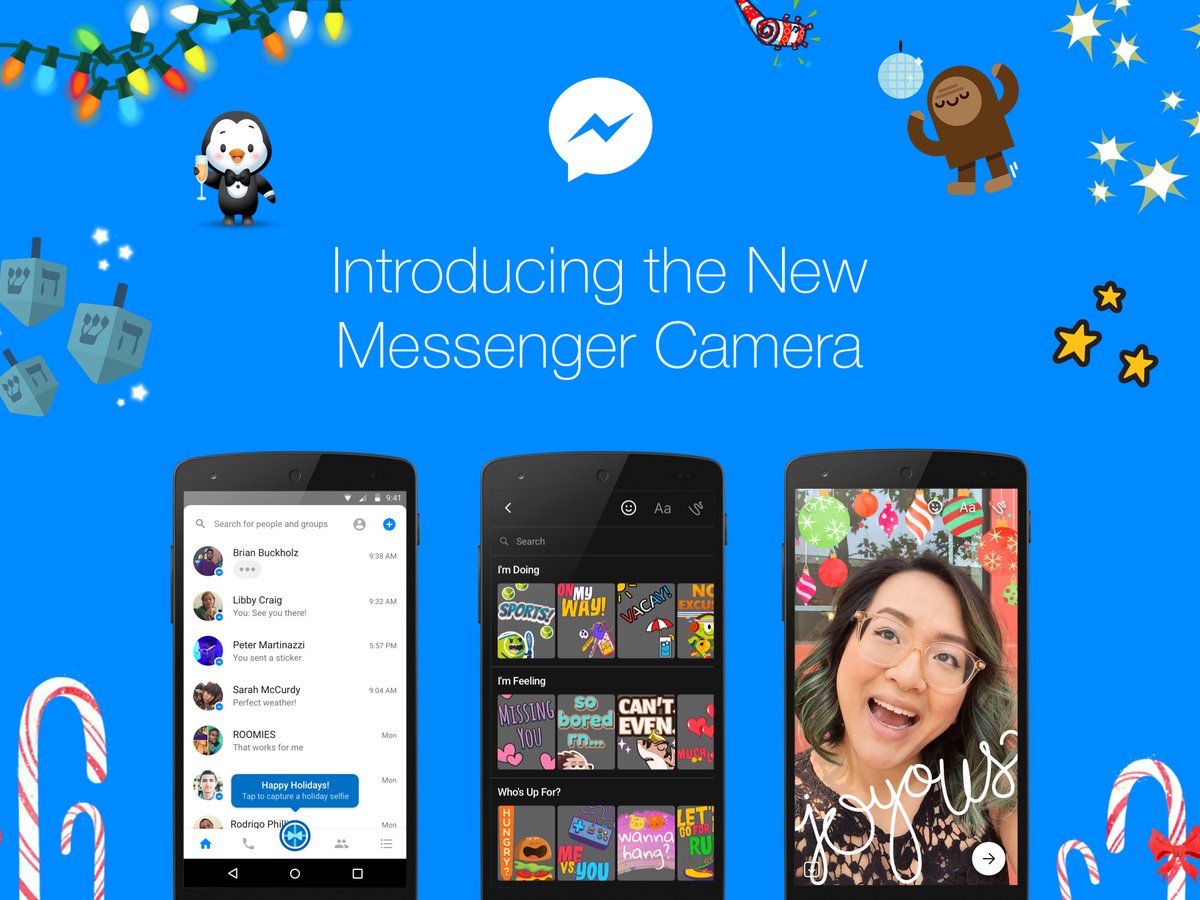 I was in the middle of using Messenger this morning when the screen turns to a camera with a familiar but vaguely different interface. Did I open Snapchat? Nope, I was still on the same app:

How rude. As I explored the salad of an interface more, i realized: it’s just like Snapchat. It’s exactly just like Snapchat — with the face filters and doodles. And it’s the most unwarranted, least expected update to Messenger of all apps.

But I don’t blame Mr. Zuckbergerg for trying. 1 billion people use the app frequently, and with Snapchat being the biggest threat to the Facebook empire, it’s natural to go on the offensive. But you failed dude. I’ll give it to you straight: I don’t need frequent visual updates from everyone on my Facebook friends list. I don’t care for all that. Instagram was too much as it is, in my opinion. Snapchat still keeps its edge from its conception: the secretive aspect of sending photos to people you chose to follow. The filters and the stickers are secondary.

Just look at how people are riled up:

Is there a way to turn off the “My Day” thing on top of the Messenger app? Not too keen on seeing snippets of people’s days unwillingly ✌??

Me @ the new Messenger update pic.twitter.com/SptIqrnzX1

me when i saw the new Facebook Messenger app pic.twitter.com/ORD410iCXk

SHAREBefore anything, I’d like to apologize in advance to any of our Muslim...

SHAREDon’t look now, but Kanye West might be pulling a Ned Stark on...

SHAREThe #SuspendOnlineClasses hashtag is filled with outcry from students of various schools. Ateneo...