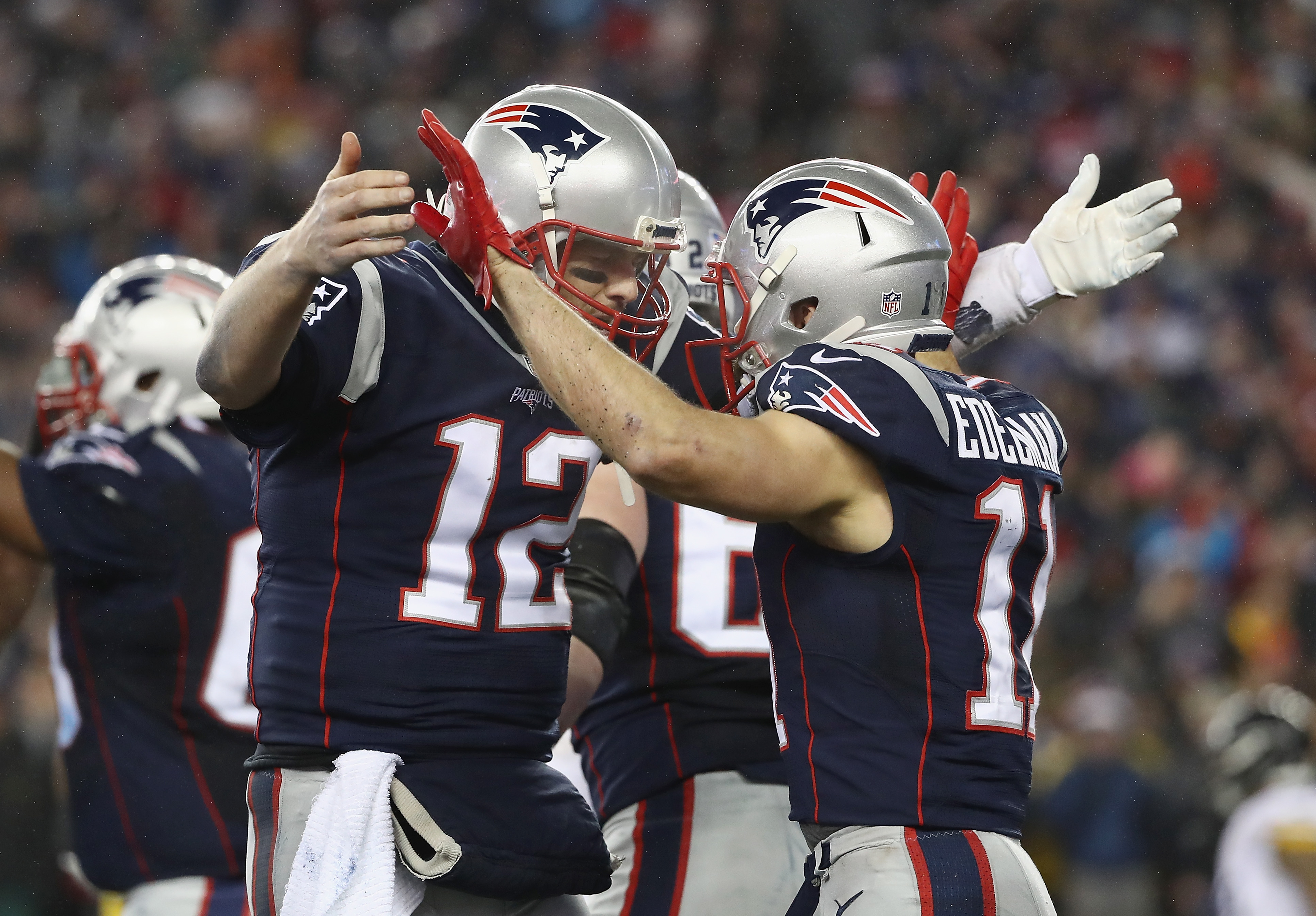 FOXBORO, MA - JANUARY 22: Julian Edelman #11 of the New England Patriots celebrates with Tom Brady #12 after scoring a touchdown during the third quarter against the Pittsburgh Steelers in the AFC Championship Game at Gillette Stadium on January 22, 2017 in Foxboro, Massachusetts. (Photo by Elsa/Getty Images)
SHARE

It may have snuck up on you if you don’t really pay close attention, and that’s cool because American football isn’t really that big of a deal in the Philippines, but it’s time for the Super Bowl again, friends.

Believe it or not, the Super Bowl isn’t just a three-hour festival for the now-legendary halftime show and all its crazy commercials. There is a game being played in there somewhere, and if for any reason at all you’d like to come across as informed about the game, we’ve prepared a quick cheat sheet for ya.

WHAT: The game of (American) football, differentiated from the more locally-popular game of soccer.

WHERE CAN I WATCH? It’s on local TV, ABS-CBN Sports & Action. Or you could go to any sports bar right now. Orrr you can stream it live (or later), illegally.

WHO: The New England Patriots versus the Atlanta Falcons