At the end of an hour-long conversation with shoegaze R&B musician Rome Gomez, more prominently recognized as No Rome, I asked him to name as many things that inspire him as he can. He leaned back onto his chair and mumbled various words from the top of his head. Colors. Death. Films. Family. Milkshakes. Friends. Strangers. Trains. Punk. Melancholy. Pineapples on pizza (“I love pineapples!”). 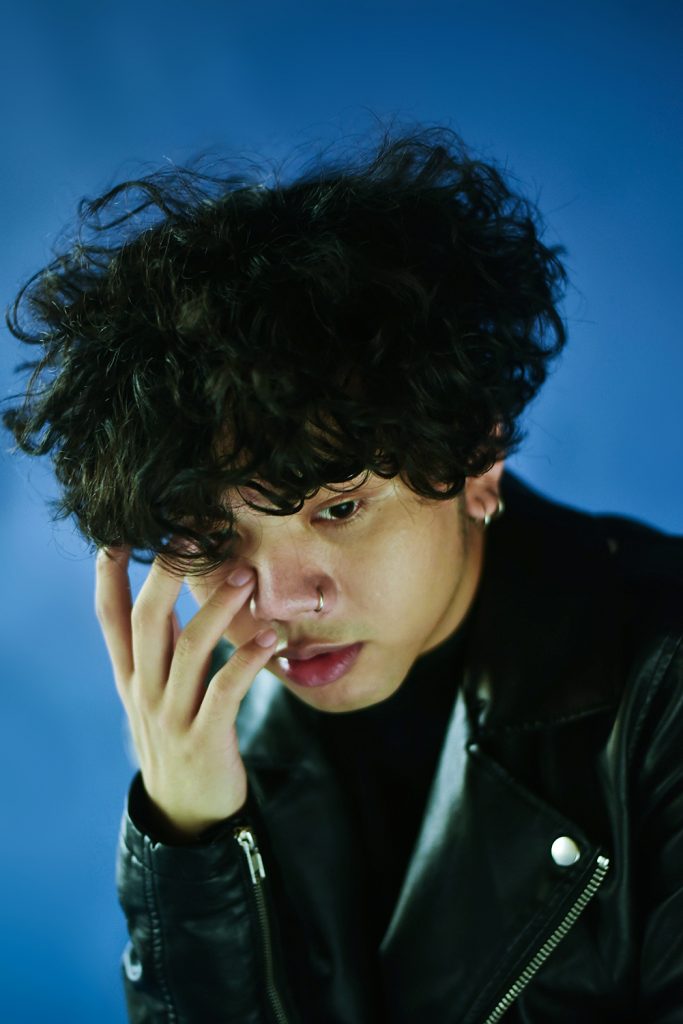 No Rome, as well as his music, is exactly this—a collective of vivid imagery, emotions, and memories that he so convincingly translates into sound. If you stumble upon his Facebook page, he interestingly describes No Rome as “an art project” and a “personification of teen love, melancholy, and everything in between.” The photos that he uploads on the page, mostly of posters of upcoming gigs, are entirely in line with a certain aesthetic distinctly his own. Hailed as one of the best independent producers in the metro, Rome has gotten a lot of international press in the several years that he’s been active in the scene. The 22-year-old’s musical resume is impressive, with two critically-acclaimed EPs and features on BBC Worldwide Music and MTV under his belt. He’s even working with record producer Ryan Hemsworth, who discovered him after listening to one of his songs on the internet.

Despite Rome’s humble victories, the musician has frequently shied away from the press, having declined numerous offers for local magazine or newspaper features. “I don’t like doing press because my self-esteem is way off the ground,” he shares. “I don’t like it when people are taking pictures of me. I feel like I don’t look good and I’m not attractive enough for someone to stare at me on the fucking magazines.”

Rome simply smiles and shrugs. “I don’t know. I guess it’s just the right time. Then I’ll probably go into hiding again for another two years,” he teases.

Like his music, Rome himself, as an artist, is made up of multiple layers of complexity and influence that his audience tends to overlook. Peeling off all those layers, what really lies underneath? What makes No Rome tick?

Music runs in Rome’s blood. His father is an instrumentalist and songwriter; his mother is a former vocal coach. His other siblings are also musically inclined. Rome spent most of his childhood tinkering with equipment and instruments in his home, developing a natural talent for music and production. “I used to burn demo CDs and give them to my friends but nobody would listen to them. Ironically, I got bullied for doing music,” Rome says. “I was from a Filipino-Chinese school so a lot of people didn’t like that I was into music. They thought it was all just bullshit if you’re not making money out of it.”

It was here at Rome’s lowest point when Manila-based Number Line Records, the same label behind artists such as Similarobjects, Eyedress, Tarsius, and Outerhope, found his music and re-released the tracks online, which eventually led to No Rome’s international acclaim—all of this before he entered university. His growth as a musician, from the early dance pop tracks of his 2013 EP “Fantasy” (which also appropriately featured samples from the Korean drama Princess Hours) to critic favorite Hurry Home & Rest. It didn’t take long for Ryan Hemsworth to take notice of the young musician, eventually releasing the track Ain’t Coming Back on his digital collective, Secret Songs. “The way he works is crazy; there was one time he wanted to work with a bunch of underground artists, then the next month he’s gonna work with rappers,” Rome says of Ryan. “He just follows his mood. He’s a producer, not an artist, so he gets to do what he wants; he gets to work with who he wants and whatever he feels like.”

Rome is meticulous in every way possible with his artistry, from choosing the people he collaborates with to songwriting and practically everything visual relating to his music. He doesn’t describe No Rome as an art project for nothing, taking the helm over all the promotions put out, like album design, gig posters, and art direction. Art is a vital part of No Rome, who has a highly stylistic aesthetic he’s grown to be recognized for. Rome’s own fundraiser held last August for his upcoming first album was an audio-visual art showcase that incorporated the use of lights, projectors, and videos all while the musicians performed—a spectacle for multiple senses. He doesn’t only let his music do the talking for him, but his vision as well.

“I started off as being very visual to begin with,” Rome elaborates. “I’m making pop music. People usually generalize it into something dumb. They say it’s too simple, it’s dull and boring. So I thought, all right, I want to fuck around with pop music and make it complex, in terms of everything that I do is hands on. I wanted to show people that pop music can actually be made into something different.” 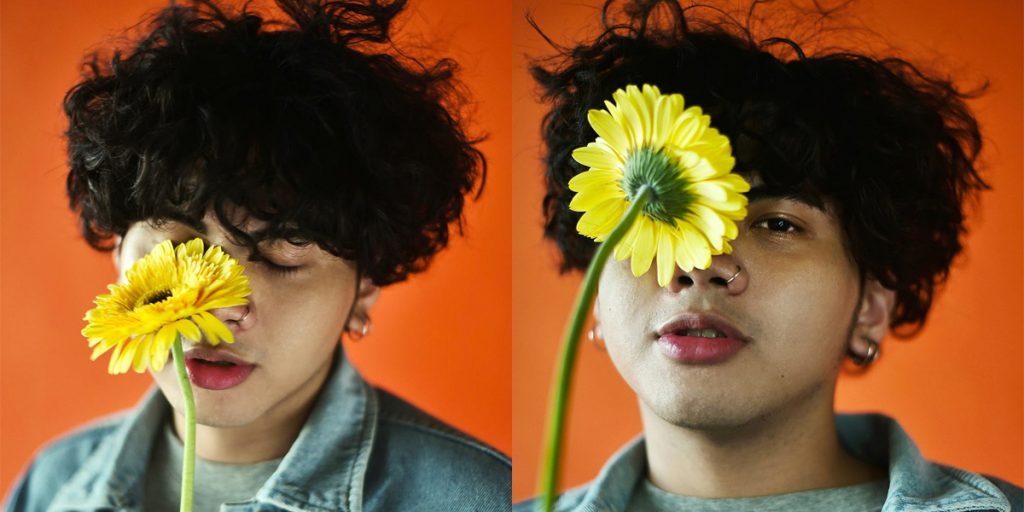 The music of No Rome in itself is a juxtaposition of sorts, with Rome admitting that he wanted to make his work ironic—happy, pop beats paired with symbolic, heartbreaking lyrics. His track Blue Jeans is often mistaken for a song written for a girl, when it’s really about suicide and the hypocrisy of the music industry. But before the obscurity of everything, No Rome all boils down to the authenticity of the emotions presented in his music. Earnest and sincere in both sound and lyrics, Rome is only happy that his listeners get to interpret and relate to his creations in their own way.

“On the whole ‘teen love, melancholy, and everything in between’ thing, I wanted to achieve the persona of those things through sound and especially graphics,” he says. “Even if you don’t read the lyrics, I want you to be able to feel it, like when you were in high school and trying to get away from your parents and you’re gonna drink outside and it’s 5 p.m. You’re nervous but there’s also this thrill going on inside of you. I wanted to develop the characteristics of those things and put them all into sound.”

Rome keeps mum on the new album he’s working on (in production for a long two years), due out early 2017. The 15-track record is a melting pot of various genres he is experimenting on, with soul, pop, gospel, and even rap influences on some songs. And because Rome never fails to marry visuals with his music, I question him about the images that influenced the upcoming record. “The whole thing is a car ride. It’s a road trip that starts from sunset to sunrise,” he says, admitting that he’s excited yet anxious to put it out. “There are songs that are perfect for midnight; for when you’re thinking at 3 a.m. There are songs [for when] you’re excited for the night to happen. There’s a song [for when] you can’t think because you’re drunk. There’s one for when you watch the sunset. It’s like an endless car ride. Everything I write about is an endless experience and cycle. When you get over it, something happens again.” 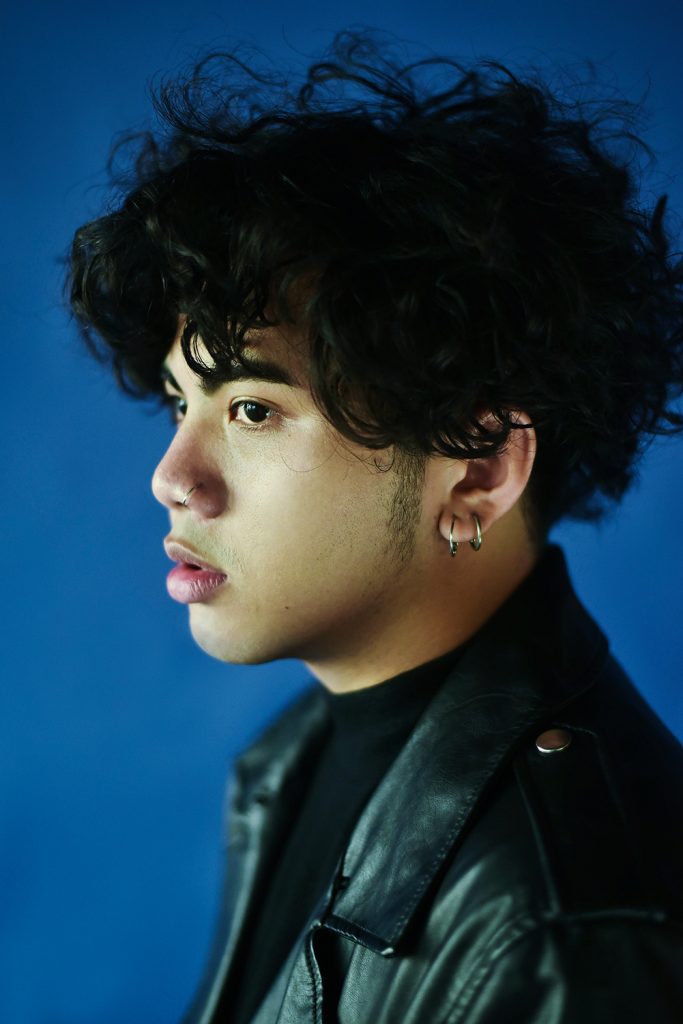 Somewhere in the middle of my conversation with Rome, I try to get him to explain the entire project himself, to break down the elusiveness of it all, but he remains ambiguous all throughout. “Everybody gets curious on how I want to do things and I never tell anyone the truth. Because if No Rome was explained thoroughly then there’s nothing more to know. The journey’s over,” Rome explains. “If you hate my music, it’s all right. If you like it, then it’s all right. I think that’s how art is supposed to work. We’re so spoiled and used to having everything explained. I think it’s all up to you. I’d rather be dead than explain everything, because there’s nothing more to know.”

“Everybody gets curious on how I want to do things and I never tell anyone the truth. Because if No Rome was explained thoroughly, then there’s nothing more to know. The journey’s over.”

And perhaps No Rome is indeed best kept as a secret intended for unearthing during late, sleepless nights or moments of ecstasy on road trips made with friends. By the end of the interview, I realize what is most admirable about the young artist is that he is nothing but authentic and truly passionate about the craft he’s in. Rome isn’t here to impress anyone and lives up to the punk rock philosophy (in his own words: “the art of not giving a fuck”) he’s so inspired by. Love him or hate him, Rome is a visionary strong enough to leave a mark transcending the local music industry. “I just want to be able to speak to people and be myself,” Rome says. “And I’ve done nothing but represent my friends and fellow artists. That’s what I want to do. I’m not going to bullshit. That’s why I want to build this scale of a movement because I wanted to put out people who deserve it. It’s the best way I can put out these honest people who really want to work hard for their art. If I can be a stepping stone, then let it be.”