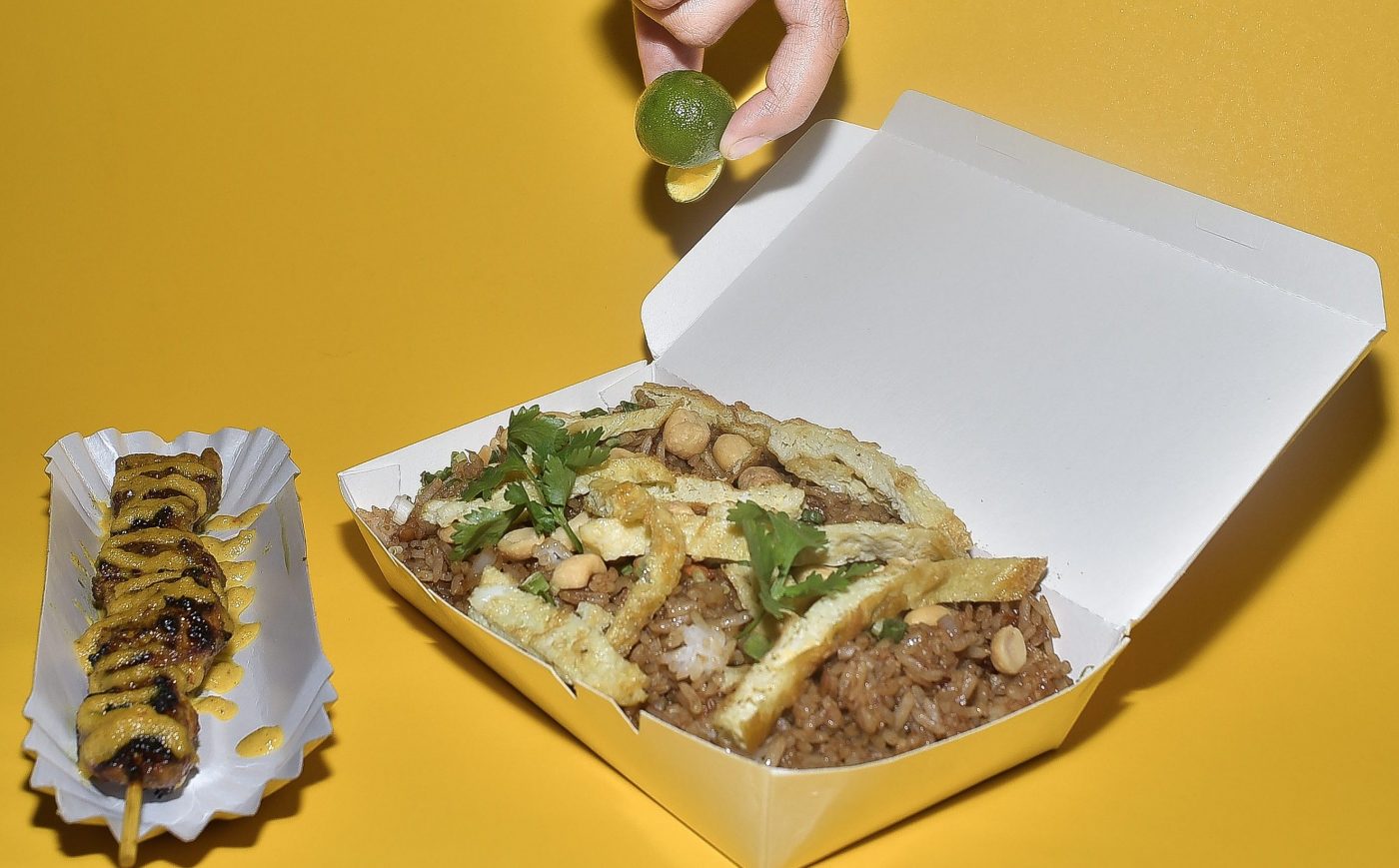 2016 was the year of food parks. It’s come to the point that your tita asks you to drive you somewhere you don’t usually go to– Who doesn’t love the idea of local businesses joining forces to create their own little pocket of food heaven? Who doesn’t like taking a seat just to pick from not one, but more than a dozen different menus? Who doesn’t relish the thought of getting tapped on the shoulder by the guard, telling you to move your car off the sidewalk-turned-parking spot for the second time?

Food parks are everywhere now. Suddenly you find yourself braving the Friday night traffic rush just to shell out your latest paycheck. You wouldn’t remember where you bought your raclette/matcha whatever/fruity soda if not for your friend tagging the business in his Instagram photo.

How did all this happen? How did we get to the point that we go to a food establishment to shoot first, and eat second? Is this a response to all the big food chains opening a branch in BGC?

Enter Merkanto. Found between the corner of Mayaman and Mahinhin st., this food park has been open for a year now (2016 really was the year of food parks, no joke) and serves international street cuisine (not a novel idea, TBH). Merkanto would not be the place you would have in mind when you think of a food park, if your idea of food parks have the descriptors “Instagrammable” and “aesthetic.” During the day the place is a car wash and repair shop. They serve their food on simple paper plates. Definitely not your go-to place to take your next #foodporn IG post.

Eton Mess from The Kingdom is worth getting seconds. They should think of an option with a larger serving.

The Brazilian churrasco dipped in chimichurri should have an option where you can order a dozen for takeout. For real.

The food here is street food, and has no qualms about it being street food. And as you can expect, the meals are fairly priced, althought the taste been tweaked a little bit to fit the Filipino palate. From the Indonesian nasi goreng to the Brazilian churassco skewers to the Jamaican pork jerk barbeque, each stall stands out from each other. “We want to have this sweet-spicy-savory kind of flavor, which is Jamaican, but we changed it to a little bit more Filipino because Filipinos want balance,” says RJ Dimla of Jamaican Joint. The food park now has more flags to add to its banner because of more food stalls coming in compared to its debut last year, Jamaican Joint included.

Reason number two: the vibe. From the owners of each stall to the people you see in each table, take a good look at the whole space of Merkanto and you can tell the vibe is different.  You can tell the people are enjoying themselves when their hands are actually on the food and not on their phones. It may be called an “international street food hall,” but what Merkanto really is is a relaxing hangout that doesn’t rely on what’s trendy to make you stay on your seat.

Indonesian nasi goreng with a side of chicken satay: this is the shit. Swear.

It helps that Merkanto constantly invites musical guests to perform: Ang Bandang Shirley, DJ Arthur Tan, and Bullet Dumas have recently performed, and Johnoy Danao released his album there too.

Good food and good company are always beyond trends, and Merkanto has both. The owners are cool people. Food parks are still parks, right? Parks are supposed to be fun! Grab a beer and strike a conversation. God knows you need to get off social media.

SHAREBy Nico Pascual Image: Telegraph Even with the rise of ride-sharing services such...