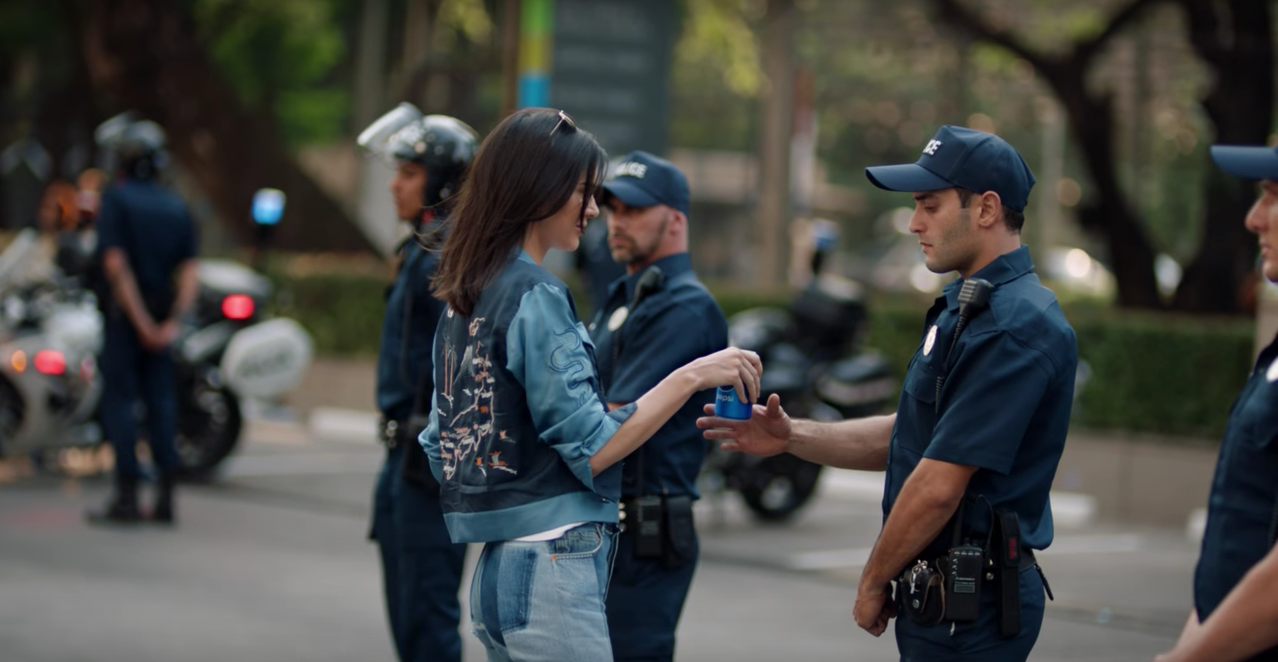 It’s one thing to want to promote world peace and prosperity as a consumer brand, but to actually have the nerve and present yourself as the solution to society’s biggest issues is a move that would only backfire in your face.

Pepsi’s finding this out the hard way after releasing a new ad featuring Kendall Jenner, who happens to have a unique superpower to bring peace to civil rights protesters and city police by the power of one can of Pepsi Cola. Check it:

What Pepsi gets wrong here is that in its audacity to present itself as a “woke” brand ready to help out with solving all the problems we’re facing now, they ended up glossing over all the hard work, including the actual blood, sweat, and tears necessary to make real changes.

Yes, you have to promote your product, but who in 2017 is exactly going to buy the fact that all it takes for two sides to reach a consensus, despite all nuanced circumstances and factors, is a hot model and a cold can of Pepsi? And what about the real people who gave their lives for a cause—are you saying that all they had to do was bring soda, then they wouldn’t have gotten tortured or died? Damn, maybe Philippine police would stop killing poor people if we gave them a Coke.

And speaking of Coke, this isn’t the first time a soda brand has tried to pull off a woke ad, but the 1970s were a different time. At the very least, however, Coke was more abstract about it, not explicitly selling itself as the one-stop solution to everything in its sugary-sweet attempt to teach the world to sing in perfect harmony.

Perhaps the important lesson around here is that if brands want to push progressiveness as part of their new DNA—whether they sincerely believe in it or not, but preferably they should be really about it—they should stick to pushing the fact that they make conversations happen, not that they’re the magic bullet to everything. We don’t believe we’re the be-all end-all for the youth, because even we get things wrong sometimes (and we’re always open to feedback), but we’d like to think that we do our best to raise awareness and get the talking going.

Pepsi was stuck in an older generation, and that’s why this Kendall ad failed.

So you mean to tell me this whole time all we had to do was offer a cop a Pepsi and they wouldn’t kill unarmed Blacks during routine stops? pic.twitter.com/pvqNEpLTz6

SHARETrigger warning: This article mentions death and suicide.  Here’s a POV: You’re in...