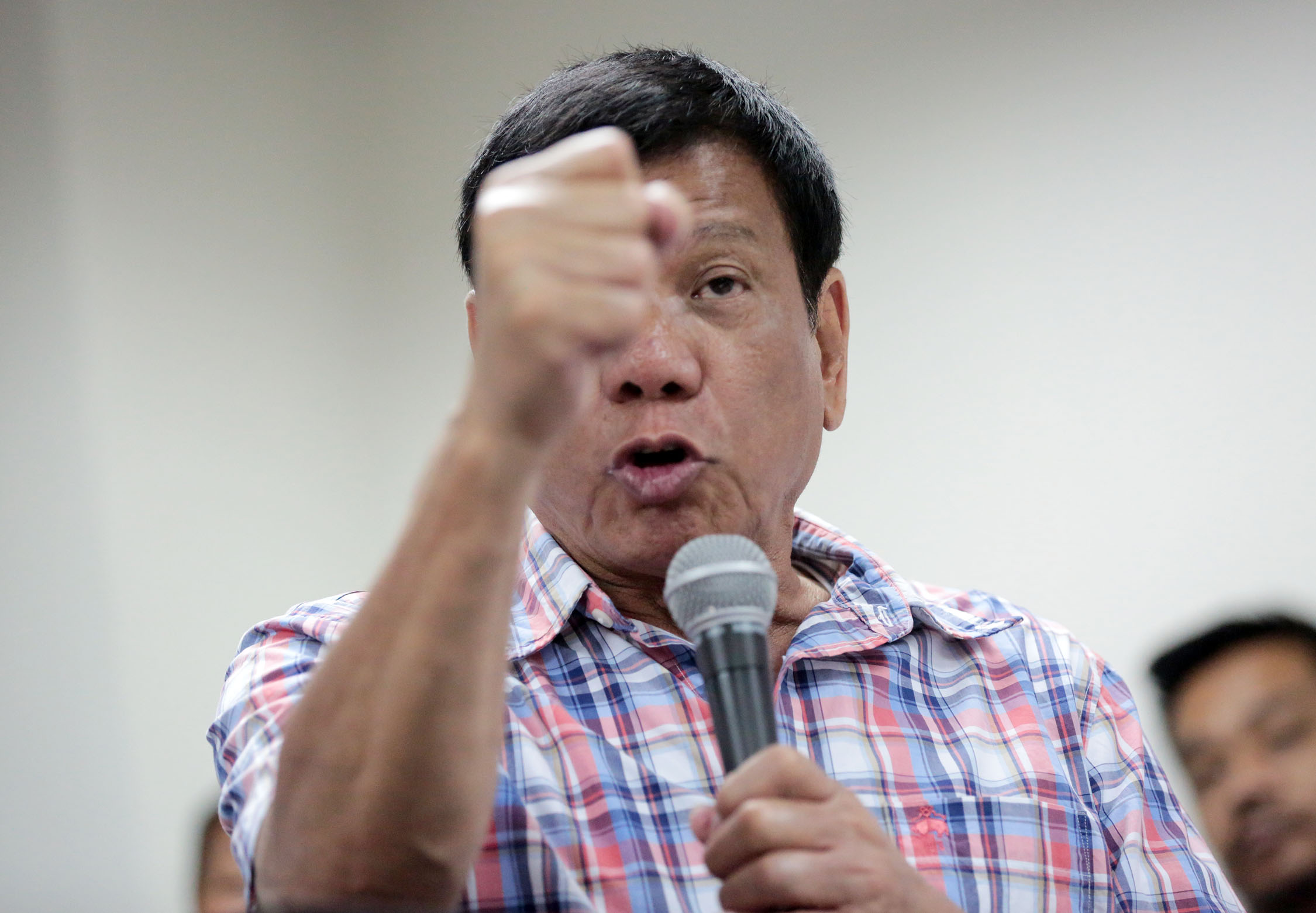 So it looks like the Last Woman standing was left standing because she wasn’t given a seat (on the presidential cabinet that is.) The man, the legend, President-elect Rodrigo Duterte made his decision not to give Vice President-elect Leni Robredo a seat on the Cabinet.

During a press conference last Tuesday in Davao City in which he announced his Cabinet members, Duterte explained that there was nothing to compel him to get Robredo a position, adding, “Reconciliation need not come from an appointment [for Robredo]. There is no compelling reason for me to accommodate the VP. I am sorry. Leni must understand that she belongs to the opposite side [of the political fence].”

Duterte cited his friendship with Bongbong Marcos, Robredo’s closest rival as the driving reason as to why Robredo was not given a seat. Not hurting Marcos’ feelings came first over putting the Philippines’ second-in-command in a seat. “He is my friend. That is the political reality.” Duterte elaborates.

Like the true Queen she is, Robredo calmly put the issue to bay a few moments after the late night conference. “Whether with a position or not, I will strive to keep the promises I made to our people to the best of my ability,” Robredo said.

If this wasn’t enough, Duterte made headlines once again after catcalling reporter Mariz Umali, even whistling at her. Duterte has made headlines before, often for his womanizing ventures. Apparently not even having the highest position in the Philippines will stop him from his…urges. “Buksan ko ang libro ng Malacañang. Kung may magagandang naghihintay diyan sa labas, buksan ko ‘yung pinto ng kwarto ko (I will open all the books of Malacañang. If there are beautiful women waiting outside, I will open the door to my room),” he said during a concert last November in Taguig City.

Coming from a man who said he wouldn’t tolerate human rights violations, and made a law (read: Davao City Ordinance No. 5004 and EO no. 24) which was made “to uphold the rights of women and the belief in their worth and dignity as human beings.”

“That is freedom of expression. You cannot stop anybody from whistling,” he adds two days after the incident in a media briefing he held last Thursday. At least chivalry was left not dead as Umali’s husband, GMA7 reporter Raffy Tima, came to her defense and (in my opinion) to the defense rest of journalists everywhere in a public Facebook post. Another irresponsible faux pas from the president-elect, because now catcalling losers everywhere will be emboldened because they’ve got a figurehead whose lead they can follow.

All this comes after only a few days after he condoned the killing of a reporter who was shot in Manila just last week.  “Just because you’re a journalist, you are not exempted from assassination, if you’re a son of a bitch,” Duterte said when asked how he would address the problem of media killings in the Philippines.” Taking all this in, we can’t help but think that people now belong to a sub-minority. Not even just a minority. Writers, journalists, and women. But the power of free speech remains free.

He also waged a new war on free media, putting them on blast for being corrupt and saying that even the virtuous job of exposing the truth runs the risk of journalists getting killed. So, that’s it? We’re all supposed to lie down and take all of it dry? We understand what he’s really saying—that media isn’t a pure, clean profession. But what is a perfect profession? Endorsing murder to solve all problems of corruption is most irresponsible, considering we live in a reality where the truth must be found out and journalists get slain for doing so. Sure, there are going to be rotten apples in the bunch, but the answer is not killing them. Not when truly innocent crusaders (as he calls them) can easily be caught in the crossfire. Duterte is and should be better than that, but right now, he isn’t.

But he need not fear anything as he got all his bros (and a few leftists) by side, all 33 of them in the Cabinet (even though he previously stated his interest in creating a Trudeau-like Cabinet, which has an equal number of men and women).

Mr. President has also gained a bark that’s almost as bad as his bite with his cursing just as bad as his treatment of women. In his most recent press conference this Thursday, he cursed at the United Nations and may very well severe the ties it has with the Philippines.

“Putangina kang UN (You’re a son of a bitch, UN. You can’t even solve the killings there in the Middle East),” He so rashly declared, “E hindi mo nga masolve-solve ang patayan diyan sa Middle East,” he said. “They’re killing people. You cannot even lift a finger in Africa. They’re butchering the black people there,” he adds.

Like it’s that easy? This coming from a man who disobeyed his own law. So instead of putting the proper research into his statements, I guess Mr. President decided to run his mouth. That’s certainly a good look for a country being bullied around by China, which, by the way, he’s snuggling up really, really close to. It sounds like a good idea on paper, but everyone knows playing with China is more than likely to open us up to abuse from the bigger power.

When asked by Umali, whom he catcalled during his last press conference, what his reactions to when mentioned that a suit may possibly be filed against him, Duterte responded in the manner to which he was most accustomed to.

“Bullshit to them,” he says. Beautiful.

And just when you think it stopped there, he goes on by saying, “Do not force on me your code of conduct. You’re not supposed to do that. I never signed anything, which says that I have to behave in this manner or in that manner.” Sorry po, we thought it was implied ’cause, you know, you’re responsible for the name of an entire country and the inhabitants of it? And you’re supposed to be a role model of sorts? Sorry, we guess, for assuming it was merely implied to behave when you suddenly have millions of eyes watching your every move.

There you have it, Philippines, we have a catcalling, murder-condoning leader with a bark that’s just as worse as his bite. Only less than a month in after his landslide win in the 2016 presidential elections, President Duterte is not off to a very good start, but there’s always room to change. Well, truth is he has to change. It’s so easy to curse everything that stands for a refined, sophisticated society right now and win the hearts of the masses who don’t necessarily understand the real value of all these complexities, but the more this goes on, the more he draws heat that he isn’t likely to survive. In short, the buck has to stop somewhere, sooner or later.

After all, he is still adamant with his campaign, #ChangeIsComing, ruling with an iron fist that aims to eradicate this country of crime in a mere 3-6 months.

Let’s just hope he and everyone in this country can change for the better.

SHAREWant to go on a culinary journey? From the creators of Chef’s Table, this...

SHAREPhotography by Gabrielle Novenario Talk about taking over the neighborhood. On the heels...

SHAREWhat’s up? This week, the team is heading over to DLSU for a...