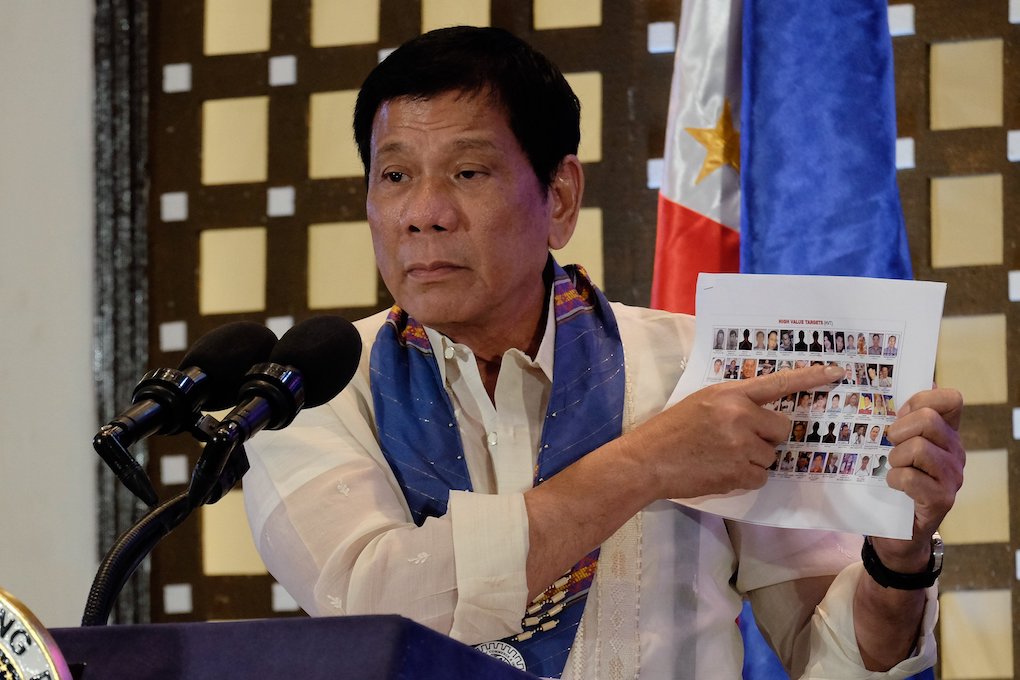 Almost a week into the whole thing and Mindanao is still under martial law. It’s no joking matter here in the country, considering our history with it and the very real fear that people in power will abuse the Constitution’s last safeguard for our State.

Which is why we’ve got to apply some constant, round-the-clock vigilance around here. We gotta take note of all the cringeworthy (that’s the best-case scenario) things the president and his minions have said about martial law, as indicators that they may be thinking of crossing a line they should stay well behind.

Uh, there’s no part of this statement that’s true at all, regardless of what fanatics will have you believe.

Mindanao martial law to be “as harsh” as that of Marcos — Pres. Duterte https://t.co/DzimNReECC pic.twitter.com/fY9TVRUkJ5

And if that’s the peg, then there really is nothing good about the first tweet.

President Duterte (@RRD_Davao) on the possibility of expanding martial law beyond Mindanao.

Visayas being “walking distance,” even if meant metaphorically, seems like a flimsy excuse when you keep ignoring some actual geographical considerations. Be cautious, because you don’t know how far he’s willing to take this.

See? He’s just setting himself up for his own alley-oop. Watch out for it.

Pres. Duterte says that the martial law document was left at the hotel.

According to the Constitution he’s supposed to uphold, he only has 60 days, tops. Yes, he can get Congress’s support—but if he can’t get it done in the 60-day maximum, what does that say about him?

Aaaand trust the president and his big mouth to find a way to make the whole thing worse for people who just want to feel safe. This is not cool, man. Other than, you’re supposed to tell people that the military is there to protect them, not make their lives hell and get away with it.

In martial law, if you are not a criminal or terrorist, you have nothing to worry about – Mayor Sara Duterte | @anawalINQ

See, people keep saying this, but who’s to stop others from branding someone else as a terrorist or criminal and the rest from believing them?

He also wants to create a crisis on his own, for whatever reason. The Congress and Supreme Court checks are there to make sure the declaration of martial law is reasonable. Although that may not matter as much now that both co-equal branches of government are staffed with people loyal to the president, we have some hope that people will do the right thing when it comes down to it.

So even if things are relatively quiet in Mindanao, stay on your toes. You don’t want to let them get away with anything terrible no matter where it is, and you don’t want them to lock us down if it isn’t at all necessary.

SHARELast year, the country experienced what Al Jazeera described as our “worst dengue...