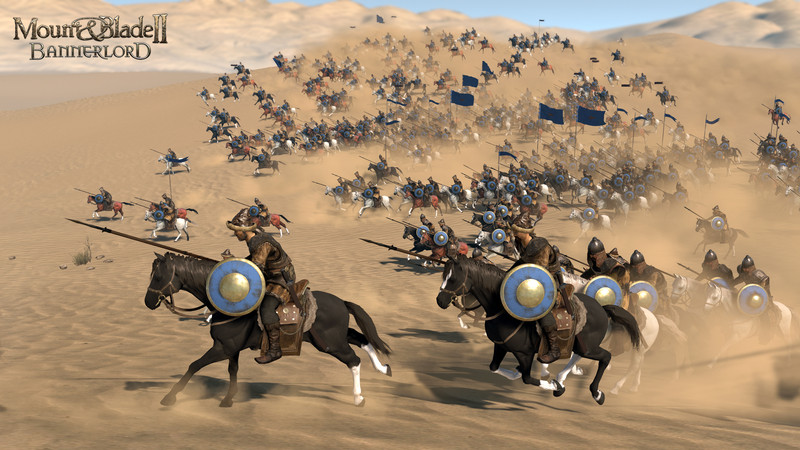 The Electronic Entertainment Expo, or E3,  is the week to watch upcoming video game releases all day long. It’s one of those weeks where you just stare at your screen and daydream about the nonexistent days you’ll be playing the games being showcased by white dudes in weird fashion with big screens behind them.

But if you can’t check everything out, or don’t know where to start, might as well make sure you take a look at these breathtaking games you can’t help be excited about.

Anthem puts you in powerful Iron Man-like suits called Javelins. They come in different forms and sizes, but all of them allow you to launch into the air and cause immense damage wherever you land. The demo only showed two of these suits in action. Thinking about what more these different suits are capable of is exciting.

It’s the most visually stunning open world shooter yet with destructible environments, and if they can match the gun loot of Destiny or Borderlands, then it might be a breath of fresh air in the shooter genre. You can grab 3 friends to tag along in Bioware’s new IP that throws spectacular threats at you; the demo ended with players flying through the center of a massive storm. It would be fair to infer there’s probably gonna be a great story too, until you remember how Andromeda sucked, and realize how Bioware doesn’t make grindy shooters. Nevertheless, the game’s looking to be the best-looking avenue to kill things unless the release version gets downgraded like with Ubisoft’s The Division.

Shooters have simulated real-life gun battles quite well. Sword-fighting? Not quite. Pretty much every sword fighting game minus Ubisoft’s For Honor doesn’t really require you to block incoming swings and thrusts by moving your weapon to the direction of your opponent’s strike. Mount and Blade stands out because of its realistic and challenging melee combat system that keeps you on your toes. If you just hold one button, you’ll parry only in one direction and make a fool of yourself.
But the real reason to be excited for Bannerlord is the ability to lead armies of armored knights and mongol-like horse archers in large-scale, epic battles across diverse environments: wide plains, fortified castles, steep slopes — all from a first or third person perspective. Aside from much better graphics and animations, Bannerlord adds bigger battles and expanded tactical options that everyone wanted in the first game. You can now use siege equipment, split different parts of your army to be lead by your vassals, assign units to guard other units i.e. pikemen with archers and more.

We can live out our spider-man fantasies soon. All the cool moves (and more) in the movies are doable here. Save people from falling block heavy debris with huge webs in quick succession before anyone gets to react. The game’s combat and stealth system are reminiscent of the immensely fun Arkham games, except webs allow for more imaginative ways to make short work of grunts. Throwing a guard off a rail and shooting a web at his foot on his way down is quite funny. Thanks to bullet time that simulates spidey senses and superhuman reflexes, you can actually pull off these bad-ass maneuvers

From various distances and angles, shoot, stab, run over, blow bad guys up. Rinse. Repeat. Far Cry 5 looks like it plays the same. But that’s okay. Why fix what’s not broken? What makes Far Cry 5 exciting, however; is it’s set in a region in America run by a racist, religious cult. If there’s any group of people who deserve to get wrecked in diverse  ways, it’s probably these guys. Given recent events, this also allows for its story to be potentially relevant and cathartic even. But even if it doesn’t make the most of this setting, Far Cry 5 adds air support and dog recon, which both helped make Metal Gear: Phantom Pain one of the best stealth/action games ever.

Like Far Cry, it’s a mix of stealth, action and survival. Unlike Far Cry, players must navigate an eerie post-apocalyptic version of Russia under a nuclear winter, face off against fast, sneaky, deadly monsters that want to tear you apart while carrying limited ammo and oxygen. Armed gangs that roam the wasteland make the situation even more complicated. This seems to be the game that pushes you to the peak of your reflexes, and forces you to make every bullet and explosive bolt count. It’s an exciting addition to a roster of brighter or more large-scale battlefield shooters. The trailer is thrilling. How much more could the real game be?

Shadow of War makes its predecessor Shadow of Mordor look like a pre-alpha. While the first game’s final battle was a small gang brawl between some orcs you possessed, and the Dark Lord’s, Shadow of War now lets you wage. . . war! Your army can now include Warg cavalries, siege trolls, spiders, and orcs of every size carrying pretty much every weapon in the movies. You can even ride fire-breathing dragons and do what the Ringwraiths did in the movies when trying to take over a stronghold.

The game also makes the creative Nemesis system that procedurally generated orc warlords with different backgrounds to interact with you much more dramatic. Orc warlords you’ve possessed once can eventually turn on you. In response, you can teach them a lesson and possess them again. It’s hard to not be excited for this unless you hate the Lord of the Rings.

A year without any Assassin’s Creed game seems to have paid off. Empire takes Assassin’s Creed back to the open world. That means no more boring parkour in the same streets over and over again. The combat system finally looks worth playing too. After 6 games, the AI no longer waits for each other’s turn to attack! They also strike more than once every 5 seconds. The protagonist can deal with this by using dodging maneuvers akin to Witcher 3 and the Souls games.

SHAREThe nominees for one of the nation’s most prestigious music awards, Awit Records,...

SHAREMost of you may know Ralph Gonzalez as the guitarist and back-up vocalist...