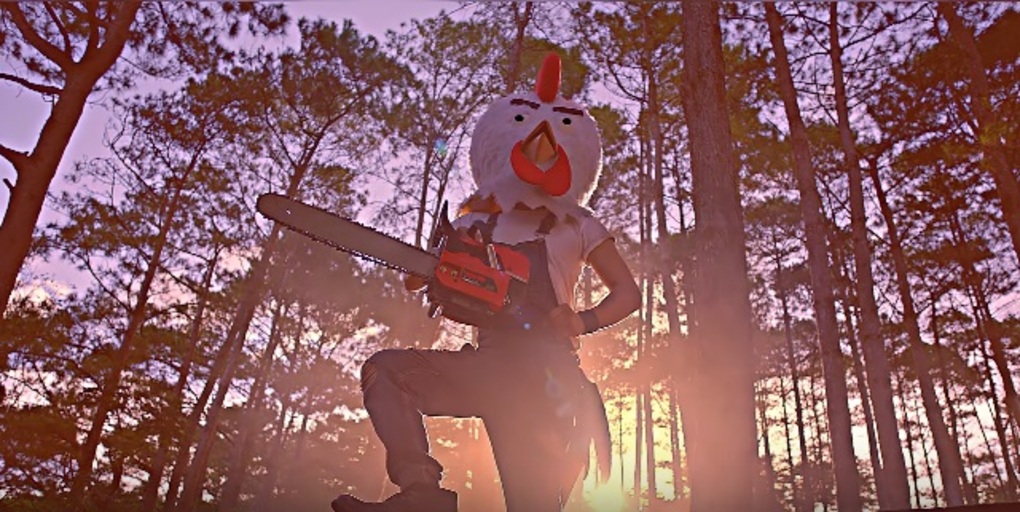 Buckle up because we’re throwing it back old school with Max’s Restaurant’s newest promotional video named The House That Fried Chicken Built, going from Max’s slogan as well as its quite literal theme. In a delightful but weird approach, the video showcased its latest additions to the restaurant’s menu–rice bowls. And what better way to market your products than to make a completely out-of-the-box video, right?

Video game sound effects and fonts, animal mascot heads on top of human bodies, Chicken’s obsession over yellow rubber ducks, and an intense stare-off between the three animals–it doesn’t get any weirder (or more brilliant) than that. This has to be one of the trippiest and most #sabaw videos a fast food chain has made, so far (enough with the hugot commercials, McDonald’s and Jollibee). We’re confused but entertained, as most people are.

But as we look at the establishment’s past promotional videos, it’s quite a step away from what they’ve been doing before. Has Max’s Restaurant totally rebranded itself? Or did they do it for the sake of getting viral?

Let’s check out what they came up with so far:

1. In an effort to support the Philippine’s basketball team–Team Gilas–they have featured different basketball players to sing along to their famous tagline: “Puso!” Max’s has used the #PusoToTheMax and claimed as the “Official Restaurant of Team Gilas Pilipinas.”

2. Here, we look into Coco Martin’s life story as he works his way to fame. The tagline: “Success is best when shared” appears while Coco and his grandma eat at Max’s Restaurant.

3. Kahit Maputi na ang Buhok Ko’s peg was that of an old video recording of two children playing around. As the girl leans in for a kiss, the boy runs away. On the screen read, “Anak ka ng Max’s.”

4. It’s the nation’s papi Piolo Pascual! Through a “Reunited” short film, Piolo tugs at people’s heartstrings as he reunites with his love. The caption goes, “Max’s Restaurant: Sarap Balikan.”

5. #MaxStories jumps off from its past video and offers its audience an awkward situation in the friendship of three people. That smooth save of “Kami na ang magbabayad,” saves the feelings of the girl’s best friend.

6. Max’s features different styles of enjoying their famous Fried Chicken. The restaurant then asks its customers, “How do you Sarap To The Bones?”

7. And of course, the latest one is simply “unbelievaBOWL.” It’s got a hot male lead–Chicken. In the first few shots of the video, Chicken is seen constructing a house, all the while showcasing his magnificent physique. Thus, it really is “The House that Fried Chicken Built.”

It’s a bit of a departure from Max’s usual promotional videos, right? With this, they asked, “You thought you knew all about The House that Fried Chicken Built?”

We guess we underestimated them. And it seems like whatever they’re doing now is working.

SHARENo one calls this place an atrium. It’s the right term, this space...