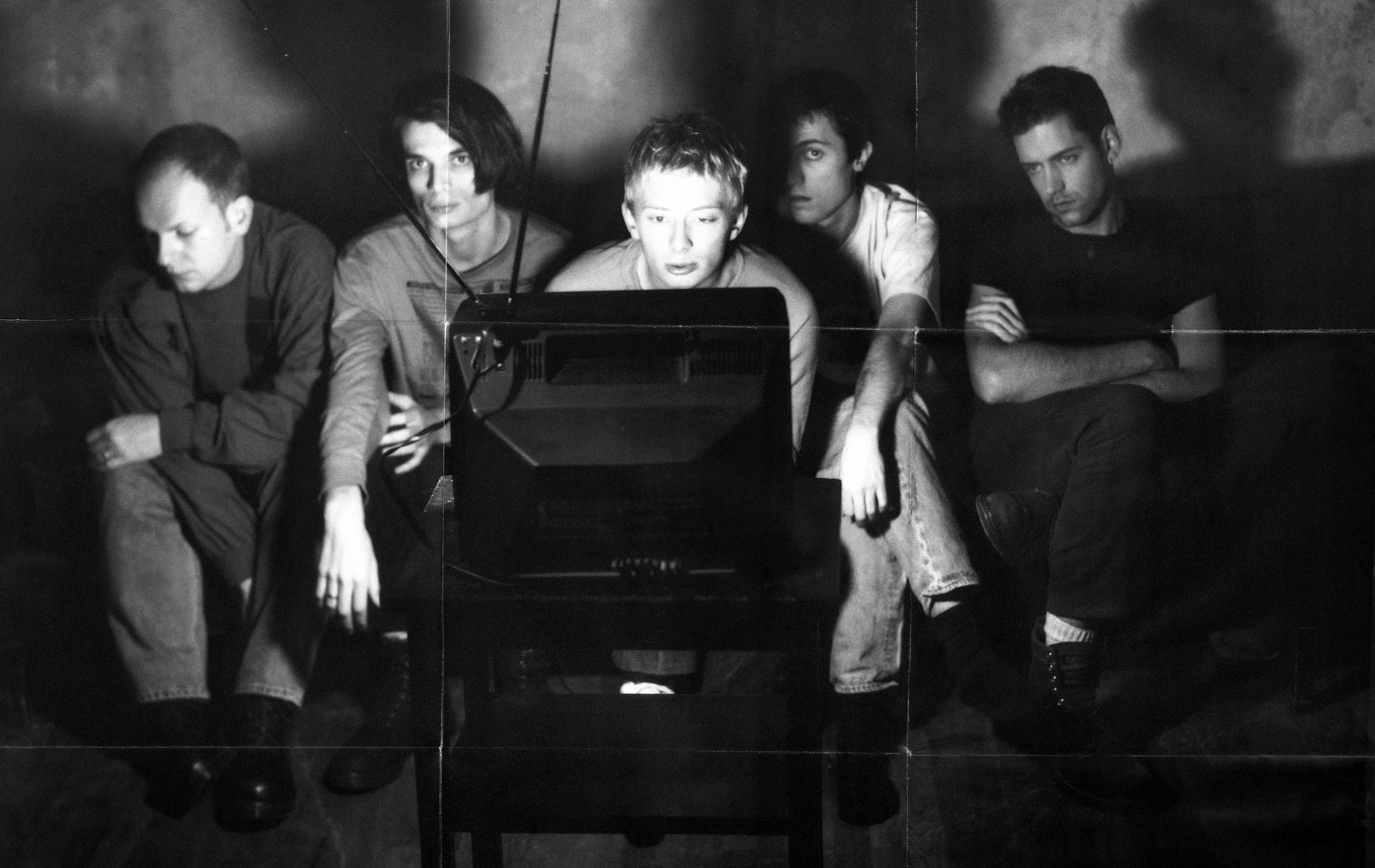 Radiohead’s grunge debut LP Pablo Honey fit the band well with their music contemporaries Pixies, The Stone Roses and Nirvana when they burst onto the music scene with their smash single “Creep”. Here was a new band: an outsider, a pervert, a voyeur who couldn’t look the 1993 music scene in its angelic face but were forced to do so when the grunge kids of the ‘90s saw in the band’s frontman, Thom Yorke, a second Kurt Cobain—only more perverted, voyeuristic, and Courtney Love-less.

The success of their first album and tour proved to be a problem for Radiohead. Suddenly they were five steps ahead of where they were supposed to be: Opening or headlining tours, booking interviews, shooting for magazine covers. All around them the summers of 1993 and 1994 were whirring past while the band squinted from the glare of the hot afternoon sun on long drives from one state to another or the stage lights of arenas they drove to and had sold out—they couldn’t tell which.

Kurt Cobain’s death in the summer of ‘94 formed a hole in the grunge scene, to which many Nirvana-wannabes and Cobainheads inevitably fell in.

All eyes and ears were on Radiohead now, them being posited the next Nirvana. That the band would face sophomore album jitters from all this pressure was only natural. These were big, bloody shoes to fill.

The band finally came out with their highly-anticipated sophomore album The Bends in 1995. Otherwise known as decompression sickness, the bends is caused by bubbles that form in the bloodstream when surrounding pressures increase or decrease too quickly, like when scuba-diving, travelling in high altitudes on planes, or releasing an album two long years after a smash one-off hit.

[pull_quote]”. . .Ok Computer was a cold steel car with warm leather seats and a soft air bag designed to inflate on cue to save our lives.”[/pull_quote]

And so when Johnny Greenwood decidedly opens their third studio album, the band’s first concept album, with a brash electronic guitar riff that harshly resembles that of a car engine starting (chimes in the background to resemble car keys clanging) the world over knew it was in for a ride. Deemed a classic almost the minute it was released, Radiohead’s seminal Ok Computer was a cold steel car with warm leather seats and a soft Airbag to designed to inflate on cue to save our lives, save us from the misery of the 90s and the menacing doom of the new millennium by reminding us of it. That there is the steel lamppost of the next era. Let’s drive into it.

Isolation, hostility and alienation are dressed and presented in front of me and I stare it in its face. They don’t look like my idols or any other person I had seen before. They look so much like me.

The ’90s was marked as a period of advancement in science, technology and communications, marked most notably by a wave of new, more effective pharmaceuticals and the Internet, that moved at a pace unparalleled. It moved faster than we humans could keep up with. It scared us, and we were afraid to even admit to that.

There was this idea that pharmaceuticals, most notably antidepressants, had the potential for depersonalization, to change my very self as I knew him or her. Put into perspective, the very idea of a ‘self’ is contradicted by a similar advancement: the Internet. Here one could fashion hiself however he wanted—a “created”, altered self- two sides of the same coin; ultimately all functioning to make me a more productive- Fitter Happier individual.

With a *ding* at the very end, Ok Computer the album ends. The microwaved meal is cooked, the man who rammed his car into a lamppost is dragged out alive.

“I won’t run away no more,” Thom Yorke sings, but also promises. He’s in an ambulance now, being rushed and nursed back to consciousness. 20 minutes or years after the collision makes no difference; they are both exhausted from the effort. There won’t be any more of that now. Here is their surrender: sterile and serene.

Today is the first day of the rest of your days. Lighten up, squirt.