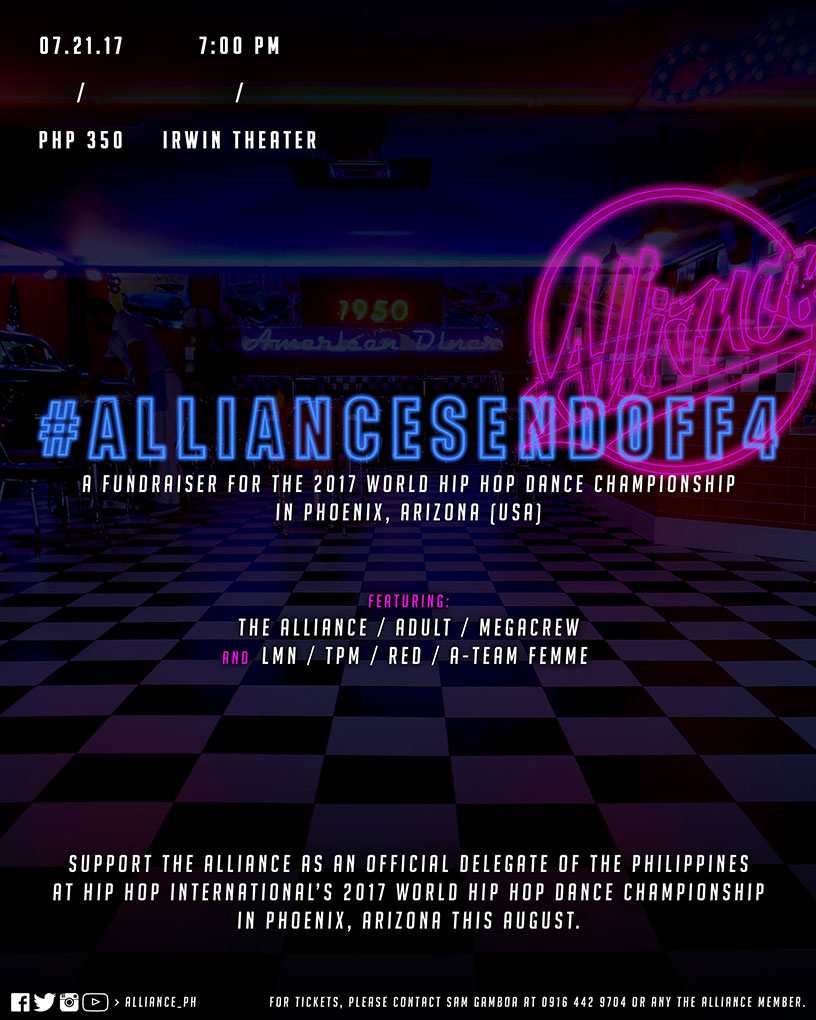 The Alliance invites you to join them this Friday at the Henry Lee Irwin Theater for #AllianceSendOff4! Now on it’s fourth year, this fundraising concert is for the benefit of the group’s adult and mega crew teams who will be representing the Philippines in this year’s World Hip Hop Dance Championship in Phoenix, Arizona.

Established in 2013, The Alliance is a professional open dance team that has become one of the most sought-after groups in the local and international dance scene to date. The team has been competing and bagging podium finishes in prestigious competitions such as Hip Hop International (HHI) Philippines and World of Dance Philippines. It is also one of the official delegates of the Philippines to the annual World Hip Hop Dance Championship held in the U.S. and has represented the country in the Varsity division since 2014.

Just last May, the Alliance bagged two gold medals in the adult and mega crew divisions of the 2016 Philippine Hip Hop Dance Championship National Finals by HHI Philippines, which makes them qualified to compete at the upcoming 2017 World Hip Hop Dance Championship this August. Dubbed as the “Olympics of Hip Hop Dance”, it is a huge privilege for the team to set foot on that very stage again along with the other Philippine representatives and qualified dance crews from all over the world. The said competition will be held at the Arizona Grand Resort & Spa from August 4-11 for the Preliminaries and Semi-Finals, and at the Grand Canyon University Arena on August 12 for the Finals (both venues in Phoenix, Arizona). 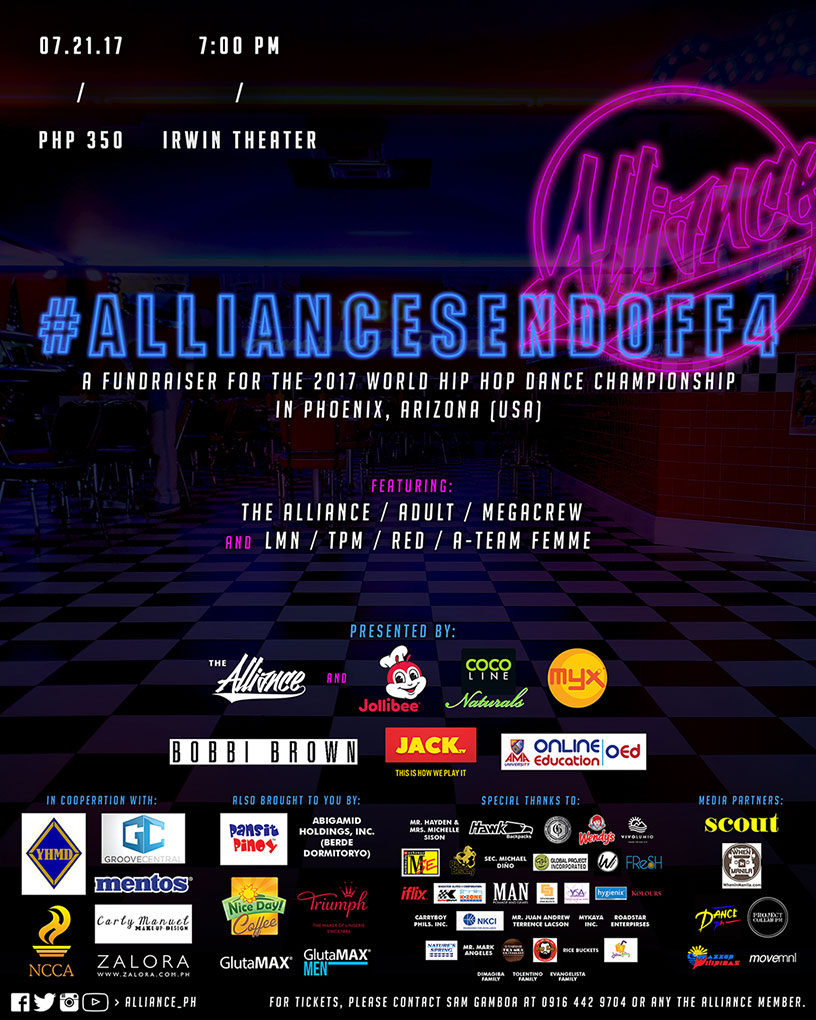 Get ready to witness a night of amazing dance talent with performances by Alliance themselves, special guests, LMN, TPM, Red, and A Team Femme. Plus, see Alliance’s adult and mega crew competition pieces exclusively before the contest!

Help send this group of awesome talent by watching their concert tomorrow! Doors open at 7PM. Tickets are available for only 350 pesos each. Contact Sam Gamboa at (0916) 442 9704 or any Alliance member near you. Tickets will also be available on the venue.

SHAREI always feel uncomfortable when noontime shows tackle anything LGBTQ+. In our household,...

Holy shiitake--the ultimate throwback seems to be happening this 2017. The past few...