Sorry Beliebers, but it looks like the Purpose World Tour isn’t coming to the Philippines anymore. 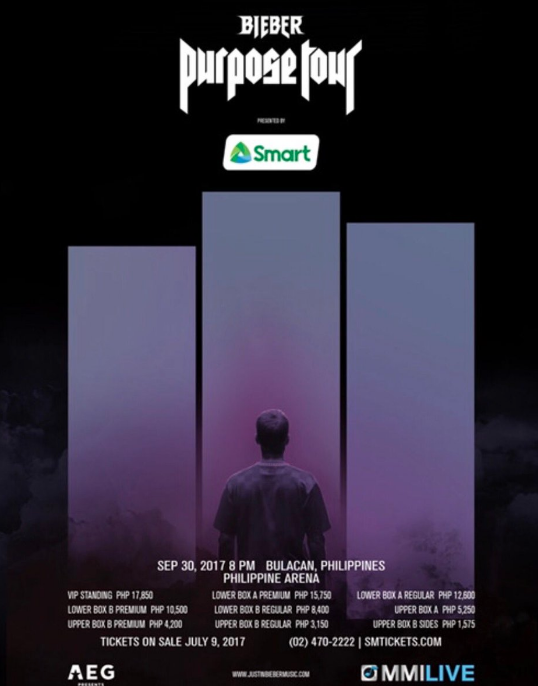 In a statement released on Justin Bieber’s official website, it says without any further explanation, that the remainder of the Purpose World Tour concert dates would be cancelled. It adds, “Justin loves his fans and hates to disappoint them. He thanks his fans for the incredible experience of the Purpose World Tour over last 18 months… However, after careful consideration he has decided he will not be performing any further dates.”

This news comes as a shock to many Filipino fans who have been eagerly waiting for the singer’s return ever since his last concert for his My World Tour last 2011.

The concert was set for September 30, 2017 at the Philippine Arena with VIP tickets stretching up to P17,850. Tickets went on sale last July 9 and sold out in 30 minutes. No surprise there.

But now, fans will have to sadly hand in their tickets, with a refund of course, tuck away their Purpose merch, and free up the date of September 30, because it might be a while until Justin Bieber comes back to the Philippines.

In the meantime, try not to panic over the fact that you waited 6 years for your favorite singer to come back. There are tons of talented artists heading this way and gracing the Philippines with their presence. We’ve got Ariana Grande on August 21, Ed Sheeran on November 7, and Harry Styles on May 1, 2018. While they may not be Justin, they’re just as talented and worth the time and money you’ll spend on them.

Please come back, Justin. We’ll all wait for you however long it takes.

SHAREHow many queer characters do you see in a cartoon show? Not a...

If you miss people (and making art with people)

SHARE“Each of us is a staff of the world.” These are the words...