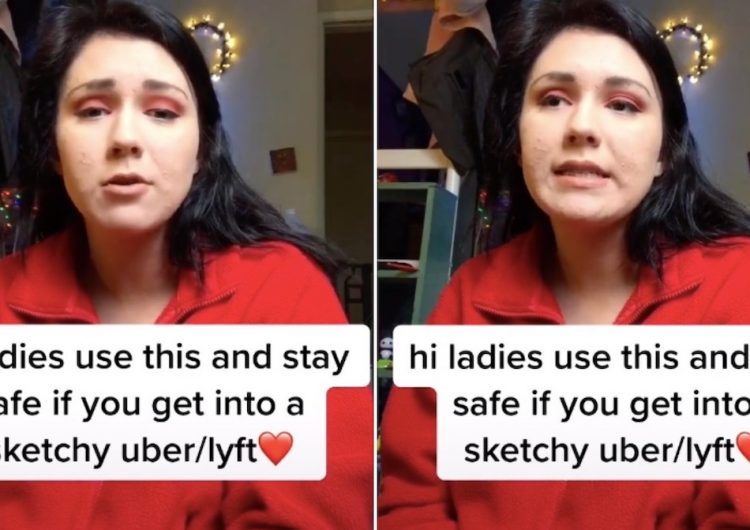 Welcome to TikTok: On one corner, you’ll find your usual round of “Renegade” dance challenges and on another, some highly questionable dares (looking at you, toilet bowl lickers). But among the throng of absurdist Gen Z humor are videos used for public welfare, such as the latest trend to hit the app: simulated phone calls to ward off dangerous motives during rides.

Made famous by @graceighwells, the video features the TikTok user carrying out one half of a conversation. “I have your location on and I can see you just got into the car,” she says. “I’ll send Stephen outside. He’s gonna be waiting for you, alright?”

Read more: These sites and apps can help protect you against harassment

The video now has around two million views, prompting several other iterations. Some simulated calls offer spaces in between sentences, leaving the listener room to respond. Others include parent versions (“Dad’s home, he’ll be waiting outside once we see you’re close.”), as well as voices in different accents.

A common thread among the videos is the emphasis on location tracking. Rideshare services like Grab also offer features such as an emergency button and a tracker for the passenger’s sharing.

The fact that we need this is harrowing by itself, considering the rate of harassment cases in the country. In addition to these videos and in-app features, take an extra step for security with these anti-harassment apps to keep on hand.

Still from @graceighwells from TikTok

Pokemon masters, you can now play Pokémon Go at home