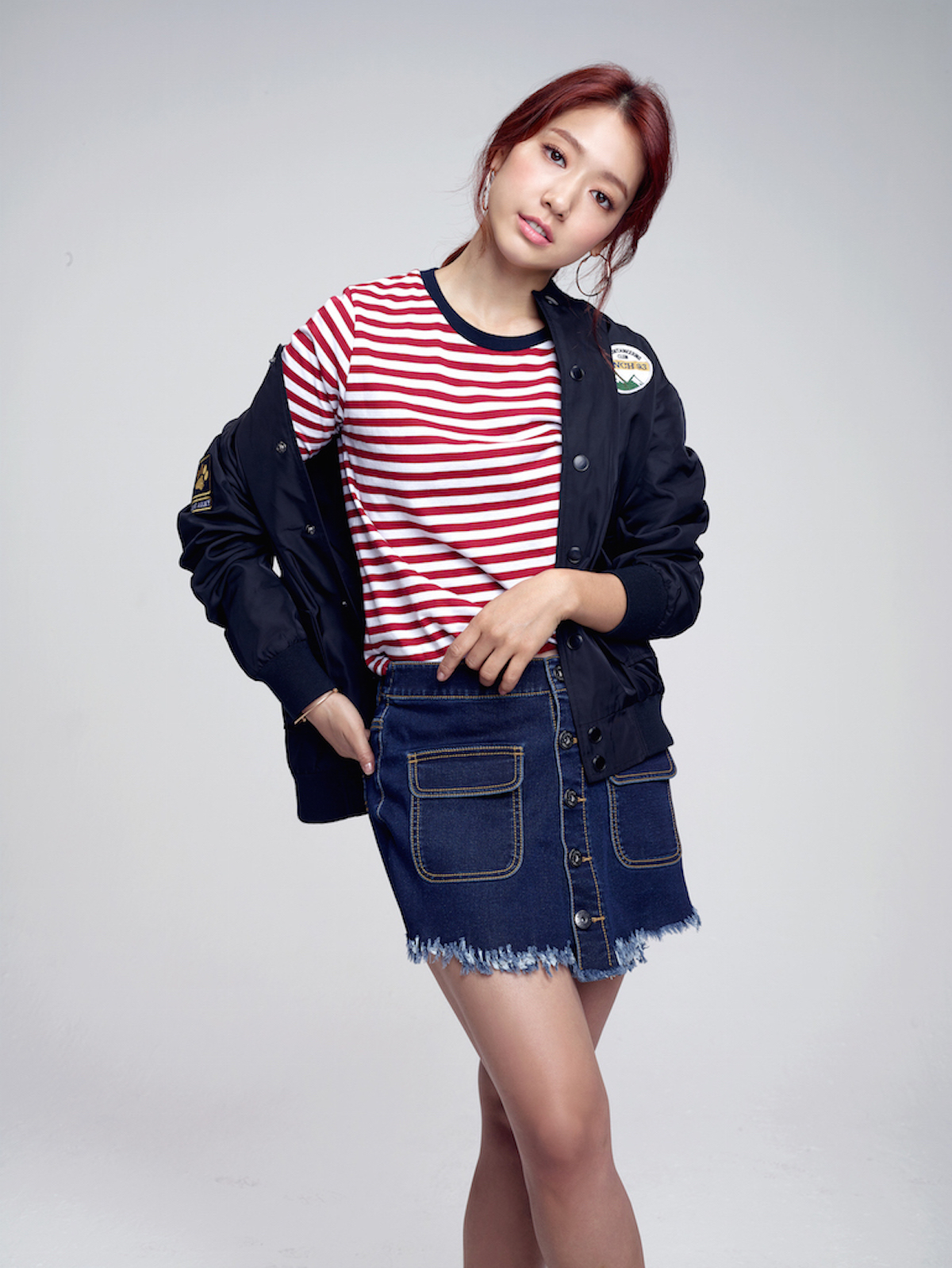 If you haven’t heard yet, veteran Korean actress Park Shin Hye has landed on local shores and is about to have her fan meet and concert tonight at the Araneta Coliseum. The Philippines is the fourth destination for her 2017 Asian Tour: Flower of Angel. 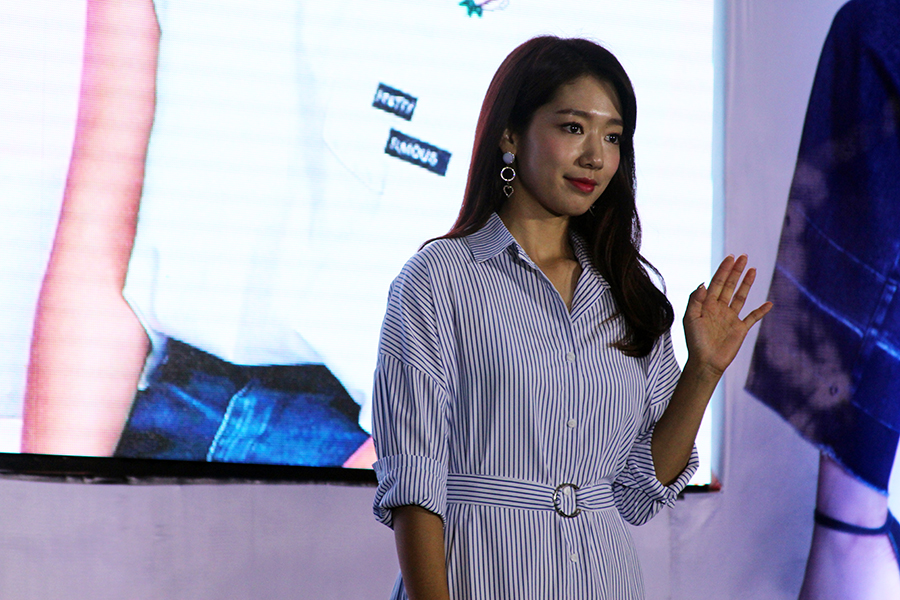 You may know her as the young Choi Ji Woo, or as one of the A.N.JELL members, or even the girl who hiccups when she starts to lie. Yesterday, we dropped by Makati Shangri-La for Bench endorser Park Shin Hye’s press conference and we got to find out more about her career and personal life. Here’s a handy list of six things you may not know about Park Shin Hye.

1. She prefers a casual and laid-back style when it comes to fashion. 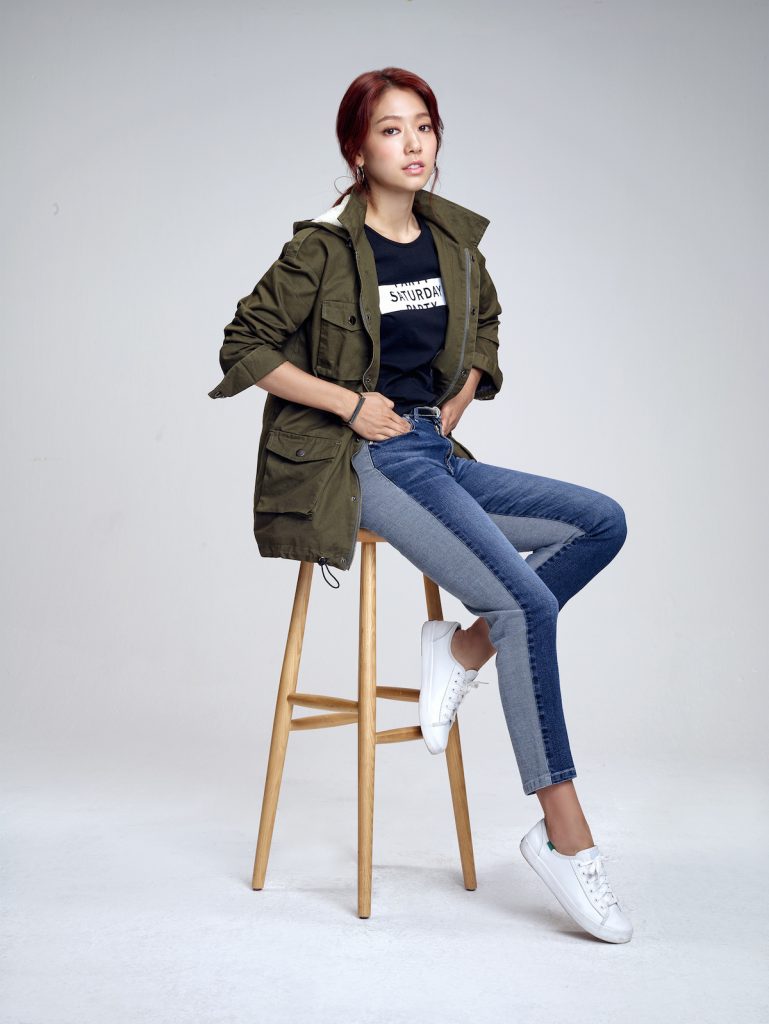 A pair of jeans, tucked-in shirt, voila! Shin Hye is ready to go. She says she’s most likely to be seen sporting casual and boyish clothing. She’s very fond of pants and would definitely choose them over skirts or dresses.

2. Her singing career was totally unexpected.

She did not predict (at all) that her fans would recognize her as a singer. The way the people responded to her singing actually surprised her. She claims that it was just one way of expressing herself as a character on a TV series. Guess we have a legit triple threat right here.

3. The roles she played are based on pure instinct.

When asked about what role she wants to do next in a movie or a TV show, she mentioned that she really doesn’t have something in mind. Relying on intuition, she usually just browses through scripts and the characters that stand out would grab her attention almost instantly. And speaking of roles, she just finished filming a movie last May, which’ll be released on November. Her role? If she portrayed a doctor last time, now you’ll get to watch her play a lawyer. Slay, queen!

She likes to keep it simple, especially when it comes to taking care of yourself. What Park Shin Hye recommends basic cleansing for the skin. “If you have healthy, good-looking skin, everything follows,” she says. The actress also loves working out. Part of her daily grind is exercise, especially when she gets a day off.

5. Face to face interaction with her fans is the best feeling ever!

She heard that The Heirs was a hit here in the Philippines. Just like any global star, Park Shin Hye communicates with her fans through social media, but that’s not good enough for her. The best thing that she wants to do is to meet her fans, face to face. Lucky for us, Manila is part of her 2017 Asian Tour Flower of Angel. Expect a lot of Doctors references, OST performances, and gifts that she will be sharing her fans. Like Korean food? If you’re going to the concert later, you just may be the lucky fan to take home a doshirak (Korean bento) made by Park Shin Hye herself.

During her last visit in the Philippines, she decided to establish her second Shin Hye Center in Manila. Just like her first center in Ghana, the Manila center supports the education and nutrition of children. Shin Hye mentioned that she wanted a location that was more accessible and closer to South Korea. A Korean preacher living in the Philippines suggested one community for Shin Hye to help out and she thought it was a great idea since it’s relatively near. That way, she could visit more often and help the children in person.

SHAREIN PARTNERSHIP WITH KNORR Generational gaps: Perhaps the worst root cause of arguments...

SHAREIn 2012, Frank Ocean penned a public letter on his Tumblr page where...