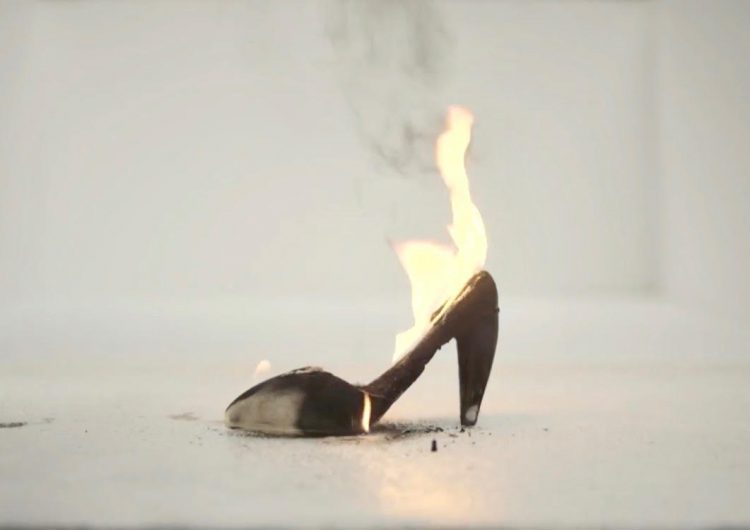 Nikki Luna champions women’s rights and female empowerment. In a recent project with Power In Her Story, she wrote a book that educates young boys and girls to own their bodies. Tomorrow, Nov. 24, Nikki returns with an exhibit titled “This is how to be a woman of the world?” at 1335 Mabini in The Alley at Karrivin.

In this exhibit, Nikki takes mundane objects that belong or often associated to women to remind us of the prevailing misogyny in our society. Here, you’ll find parfum made of marble where misogynistic remarks from the President were minted on. There’s also a full-body mirror, placed as a reminder how rape culture perpetuates the idea that beautiful women will be raped. The artist also takes cues from former First Lady Imelda Marcos with a wooden sculpture of the pumps she wore to the inauguration of her husband, the dictator President Ferdinand Marcos, in 1965. It’s a reminder that a woman is also instrumental in the violation of rights, and how these perpetrators are still dancing free today. 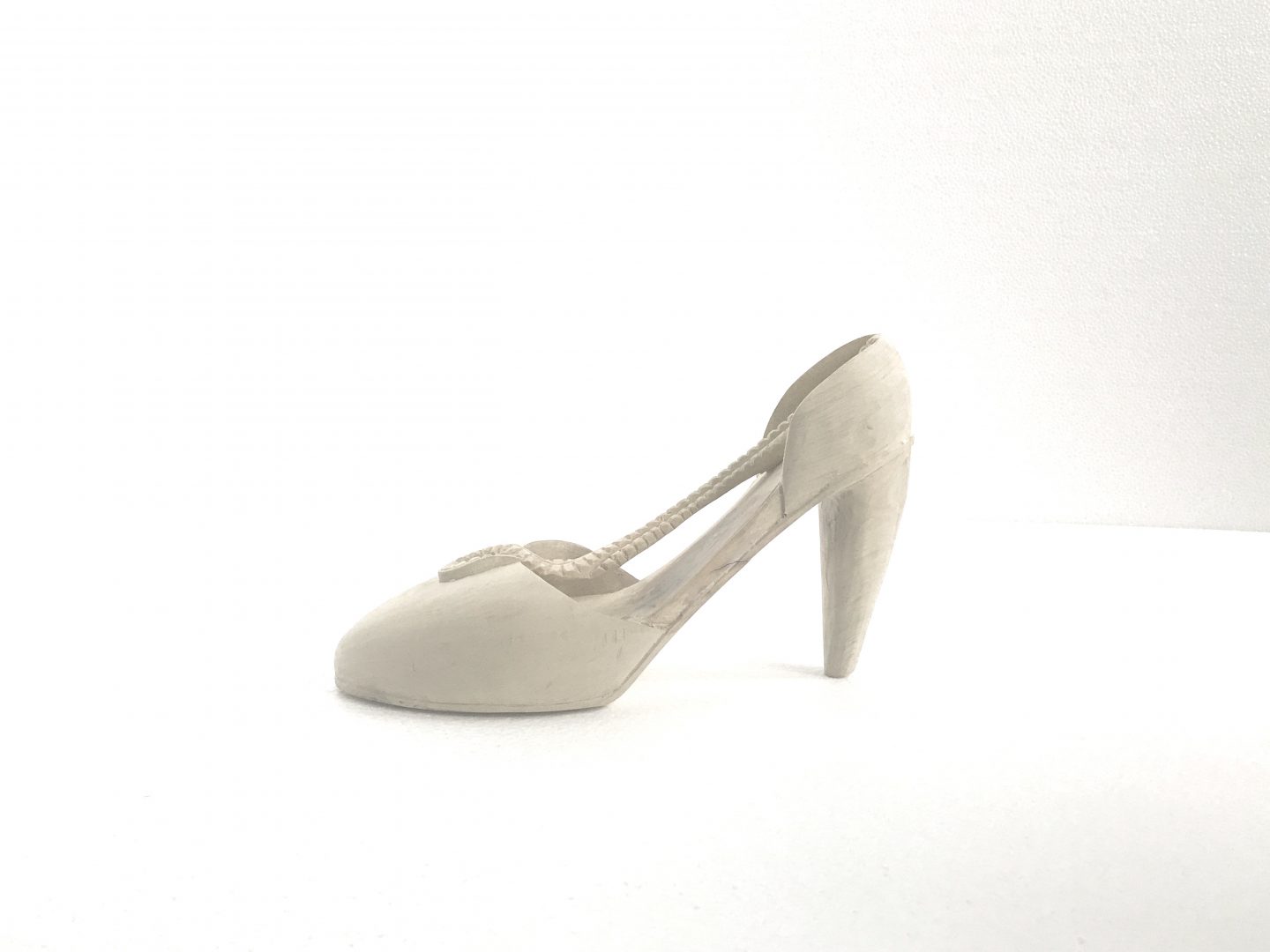 The title of the exhibit “This is how to be a woman of the world?” questions the plight of women these days, but it’s also a reminder to keep fighting. Nikki takes cues from valiant women who, despite the abuses they have experienced, continue to resist the system. She culls inspiration from women like Senator Leila de Lima, Martial Law rape survivor Judy Taguiwalo,protest artist Emma Sulkowicz, among others.

“Nikki Luna casts these women’s clothes in resin, creating a wardrobe that tells the story of the violence done against them under regimes that traffic in abuse and misogyny. These vestments are a memorial to the way they have responded and resisted, a statement stripped of its fashion to lay bare the strength in vulnerability,” Audrey Carpio writes in the exhibition text.

“This is not the first time that Luna has appropriated the President’s anti-women insults and pulled from them the power of protest, and it won’t be the last—as long as he is still in power, she will carry this load.”

Nikki also casts her daughter’s dress in resin for this exhibit. With young victims who lost their battles against abuse and misogyny like 15-year-old Charlie Jean in mind, she shows how the pain of one mother is also the pain of another. This highlights how the struggles of one woman is the same as that of another, but the woman of the world wouldn’t let this system continue. 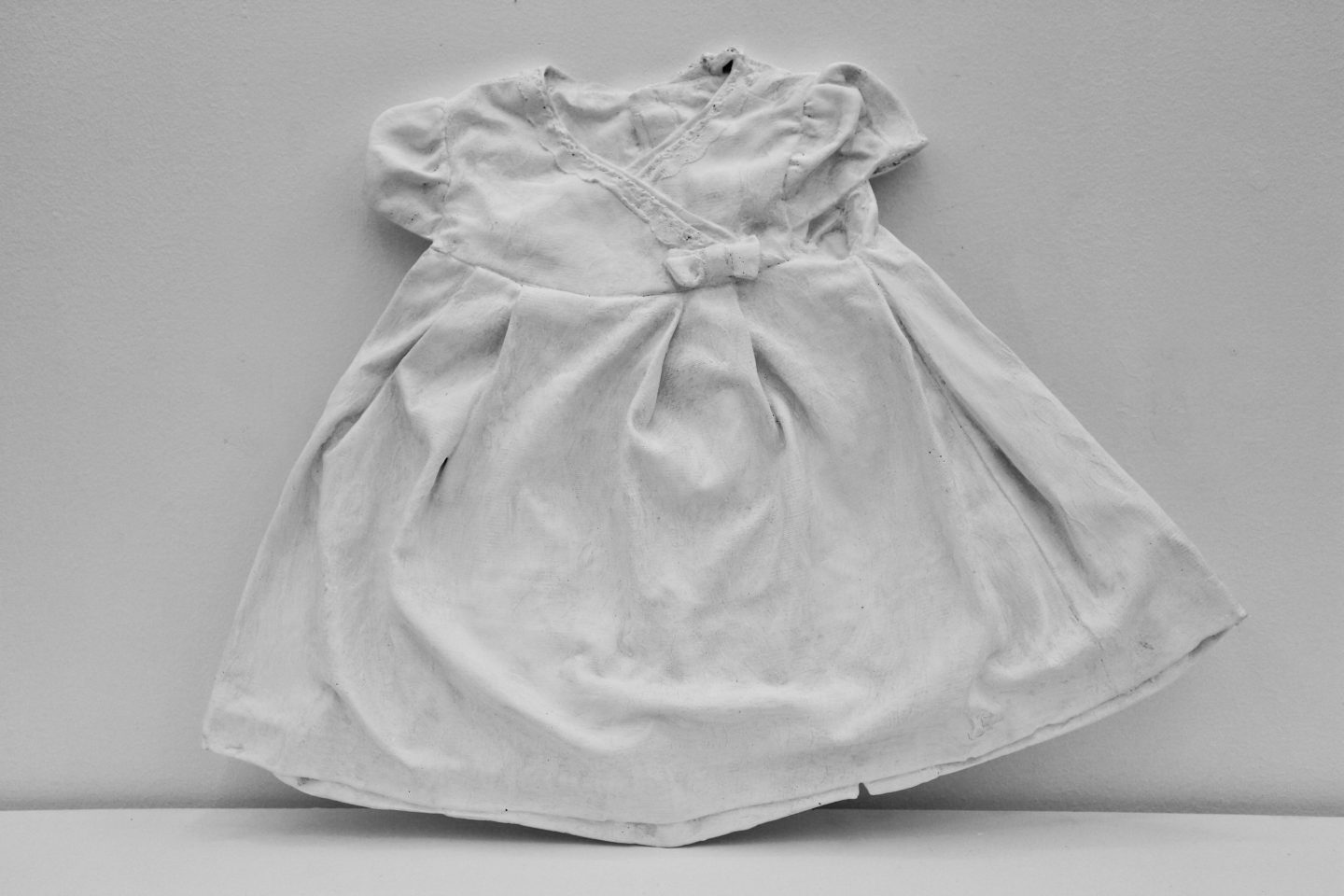 As Audrey ends the exhibition text, “This is not the first time that Luna has appropriated the President’s anti-women insults and pulled from them the power of protest, and it won’t be the last—as long as he is still in power, she will carry this load.”

SHAREName your favorite Danish film. Quick, from the top of your head. If...