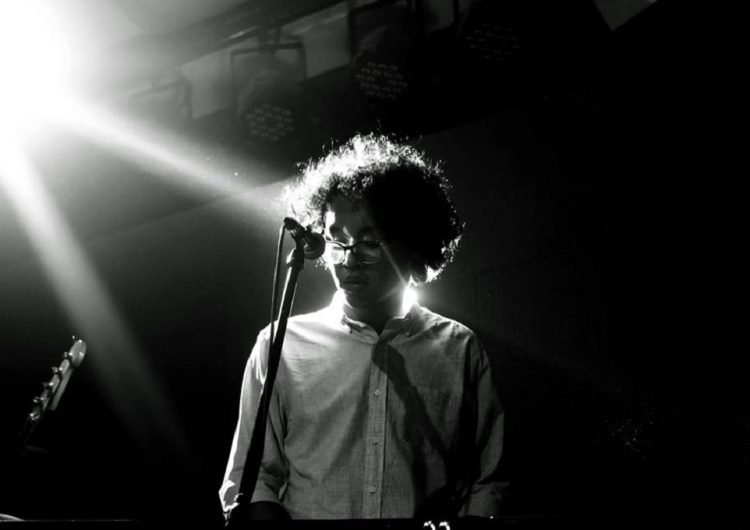 22-year-old Paolo Arciga of The Strangeness coyly laughs as he admits, “Yes, I am still in college. And I’m on my fifth year now.” Matter of the fact is Paolo has been the singer and keyboardist of six-piece “alt-country-tito-rock” band The Strangeness—that is formed by lead vocalist and guitarist Francis Cabal, guitarist Jayme Ancia and Ivan Brosas, bassist Bijan Gorospe, drummer Erwin Hilao, and him—longer than he’s been in college. He joined The Strangeness when he was 17 and still a Senior in High school. He’s dabbled in other musical endeavors like gig prod Gold Soundz, city pop band Bubble Economy, and his own solo project that still remains unnamed, but to him The Strangeness is his main thing. “I’m in no orgs, but I have The Strangeness, and it’s way better than being in an org,” he says.

He recalls how when he first entered college, the band started recording an album to be named Scorned as Timber, Beloved of The Sky. Now, five years forward, the band is still recording the same album. Except, unlike then, it’s finally going to be released. Their 11-tracked album that includes songs that have been “performed, stage-tested, and refined” over the course of five years will be out sometime before the year ends. And the first of these 11 songs titled “Liliw” will be officially launched with a music video directed by Shireen Seno tomorrow, Sept. 23, from 6pm at Blue Bay Walk, Pasay City.

Hosted by their indie record label Wide Eyed Records, the affair that is called none-other-than Wide Eyed Records Nite, will bring bands Oh, Flamingo!, Rusty Machines, Halik Ni Gringo, and We Are Imaginary—who by the way are also signed to the record label, as well as Pastilan Dong and Calix to the stage. And well, now with the album finally taking its course, Paolo leaves us with a playlist that describes the state that he is living in now: “Monotony.”

As he explains, “I took an especially long time to adjust when I first entered college; having to juggle band duties, house duties, and academics, among other things. I only planned by the day, and never thought ahead. It took me four years and the crushing pressure of finishing a graduate thesis to turn my disorganized living into something more resembling a disciplined routine. And at present, I am in this routine, and though I feel healthier and more at peace for sticking to it, I find that it lacks the excitement and spontaneity that made my college life difficult, but also fun. Sure, being disorganized sucked, but being punctual and proper feels like I’ve given up somehow. I can’t help but think, ‘Ah, this is where I begin to become more like an adult.’”

“To me, this song perfectly captures the feeling of monotony. It’s one of those Japanese songs that I wish more people understood because it doesn’t address existential anguish in cheap analogies. It just lets you know what it’s like on a day-to-day basis, and how plain it can be. The first chorus goes: ‘Living in this city, doing your homework, getting excited over simple lies / Morning comes, night comes, then morning comes again, turning into night’.”

“This is one of the more optimistic songs in this playlist, and I listen to it whenever I get a lot done, or just feel like I’ve achieved in something somehow. ‘You will find a great weight lifting.’”

The Radio Dept. – “Sleeping In”

The Cribs – “Is Anybody There”

“The Cribs is an indie rock band that’s known for their stage antics and pub anthems. “Is Anybody There” is a track they wrote with Johnny Marr (formerly of The Smiths), and I think it’s one of their best and most thematically mature songs. No loud choruses here, only a sense of defeat.”

Comet Gain – “Draw A Smile Upon An Egg”

“There’s a handful of Comet Gain songs I can include in this playlist, but I picked this one because it’s the most direct. The lyrics speaks for itself: ‘Whatever my sisters think / whatever nightmare screams / whatever dribs and drabs of loose despair / I will try to be happy’.”

Edwyn Collins and The Drums – “In Your Eyes”

“Edwyn Collins wrote and recorded this song with The Drums while recovering from a cerebral hemorrhage, barely able to speak, much less sing. It’s a fairly simple song about wanting to get away, but knowing what went into recording it gives it so much more gravitas.”

The National – “It Never Happened”

“What I like about The National’s earlier songs is that they’re a bit less verbose, and sometimes you want to listen to straightforward songs that don’t demand a lot of thought. This song is a no-brainer for this playlist. It’s about nothing happening.”

“In stark contrast with The National’s “It Never Happened”, the lyrics of “Old to Begin” can be puzzling and don’t make a lot of sense—at least on the surface. But it’s an apt song for when you get invited to a fun night out, and you decline, because 1) You want to stick to your weekly plan, and/or 2) You are too tired for this shit. You don’t want to be the grumpy old person of the group. Don’t go out. Stay at home.”

“I end this playlist with a song from the same guy who started it. Yura Yura Teikoku was Shintaro Sakamoto’s band before he pursued a solo career, and because he was its main songwriter, the themes from his solo work can be found in his band’s songs. This song is sung from the point of view of a sentient satellite leaving Earth’s orbit. It’s a beautiful song about detachment. It’s a slow-burning song, and a poetic metaphor for social detachment. There’s no climax to it, just as there’s no climax to the realization that you might be alienating yourself from the people, places, and things that you like, in pursuit of more quiet living. It’s already happening when it dawns on you.”

SHAREShuffling through holiday movies means finding a mixed bag and testing your luck—and...

SHAREThe recent Pride March arrests have reminded everyone of the event’s true essence:...

5 ways the SOGIE Equality Bill will bring us equality