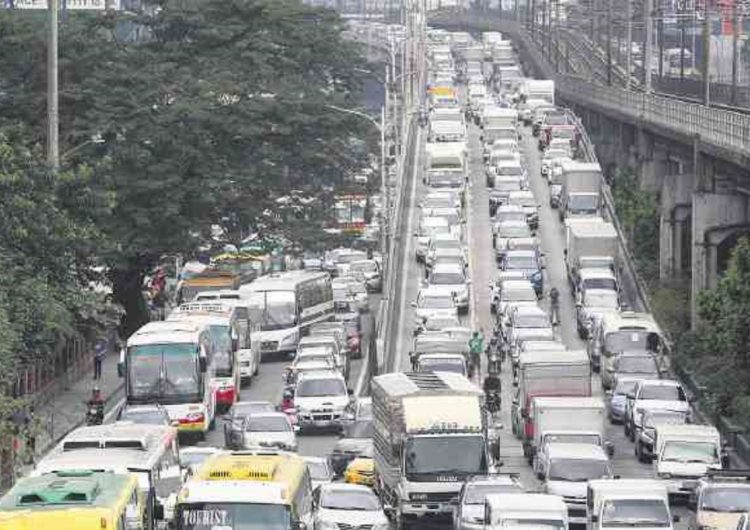 Did you hear the news? Representative Edgar Sarmiento a.k.a. vice-chairman of the House Committee on Transportation apparently wants EDSA to become a one-way road. Under his proposed “one-way, all the way” road scheme, he is pushing for EDSA to become a southbound only road. That means only vehicles coming from Caloocan heading to Pasay will be able to take EDSA. He says that by doing so, it will help alleviate traffic. And guess what? It doesn’t stop there. He’s also proposing two other major roads to implement the “one-way, all the way” road scheme, as well as a new semi-rapid bus system.

Aside from EDSA becoming exclusively southbound, Sarmiento wants C-5 and Roxas Boulevard to be a northbound road only. That means only vehicles heading in the direction of Parañaque will be able to pass C-5 and only vehicles coming from Laguna heading to Pampanga will be able to take Roxas Boulevard. We don’t know about you, but this sounds like a bad idea to us. If there isn’t enough one-way roads making it hard for us to get around already.

But, we do think his semi-rapid bus system might just be what we need. Under the semi-rapid bus system, buses will only be allowed to pass designated lanes and stop only at designated points. But of course, these road schemes are still under talks. As the Metropolitan Manila Development Authority (MMDA) confirmed yesterday, “We need to get the approval of our Metro Manila mayors, then once we approve it, we will study it.” According to MMDA Spokesperson Celine Pialago, the proposal will be presented to Metro Manila mayors on Oct. 10, and will be studied.

SHAREFashion designer Johan Kyle Ong releases a follow up his debut collection with...

SHAREFilipino sci-fi films? Even as a sci-fi nerd, I have to admit—those are...

SHAREImagine this: You’re a twentysomething “Avatar” fan. No, you’re not part of the...