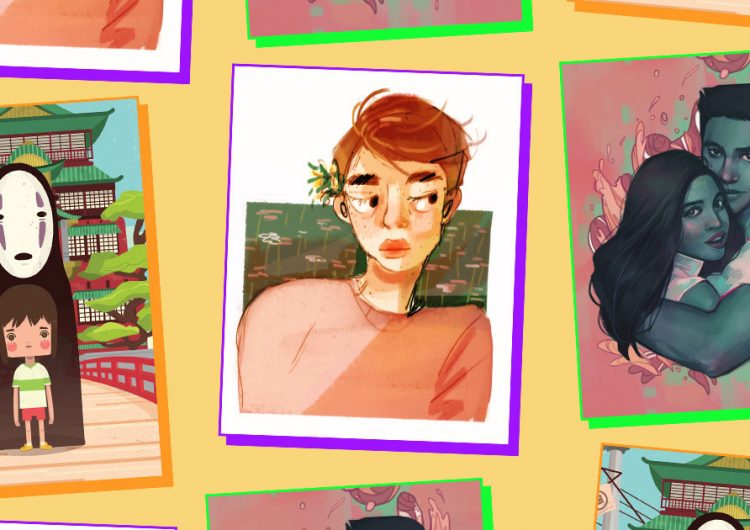 Fan art has always been a fascinating genre of the visual arts. For those of you living under a rock, the key terms we’re using here are A) fandom, a community of people bonded over shared interest of a work of fiction, musician, or celebrity; and B) fan art, or artwork voluntarily created by fans of the specific fandom they’re a part of.

Becoming part of a fandom is an exciting and oftentimes enlightening investment of one’s time and emotions. (Fans can probably say it’s a lot like falling in love.) But to create work out of love for another creative venture is another thing in itself. Artists choose to portray other people’s creations through their own styles and viewpoints. Whether it’s illustrations of favorite movies, films, book characters, or full-blown comics of their favorite band members, fan art becomes a means for fans to bond over shared interests.

The medium of fan art, though, is not without its controversies. Because fan art uses characters and concepts (and sometimes, actual human beings) from other people’s work, it’s often dismissed as an invalid form of art. Since fans tend to make their own narratives of the originals, some view fan art as a result of the blurring of the line between fan and creator.
But one thing is for sure: Fan art remains the most embraced form of fan expression worldwide, more so than fan fiction, video, and cosplay.

Ready to meet some artists from the community? We found three from different fandoms to introduce their work and talk about fan art’s relevance in culture today, its controversies, and the best part of sharing something you love with strangers from all over the globe. 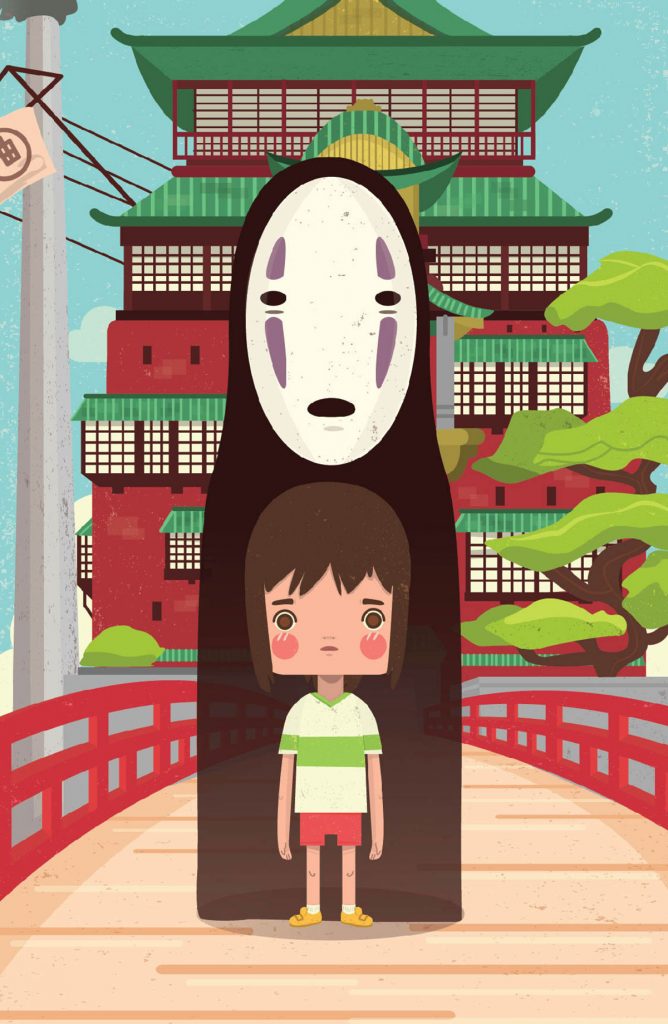 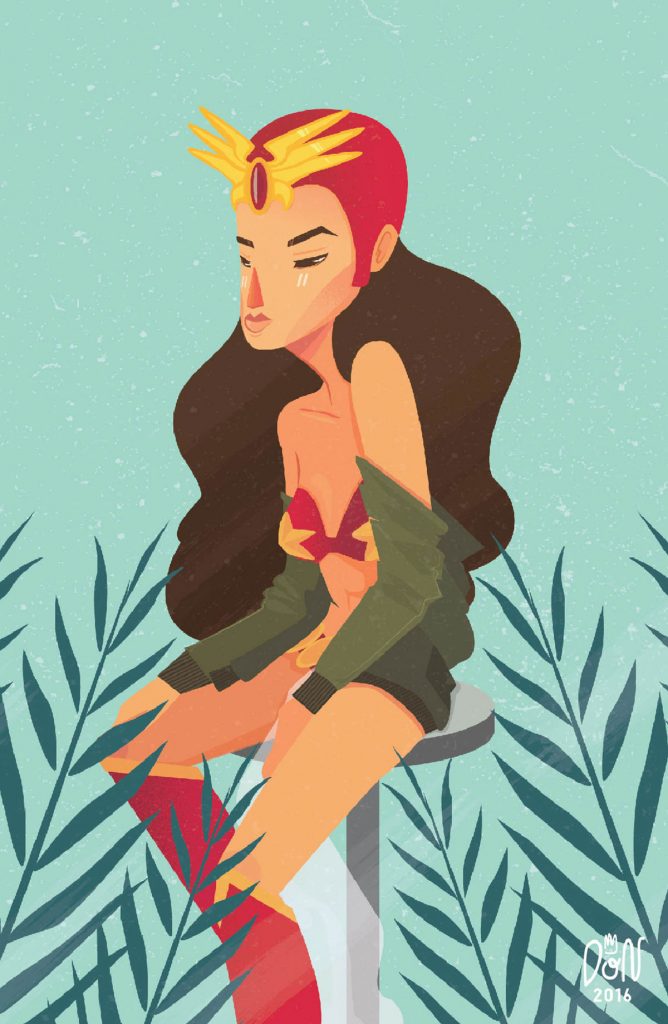 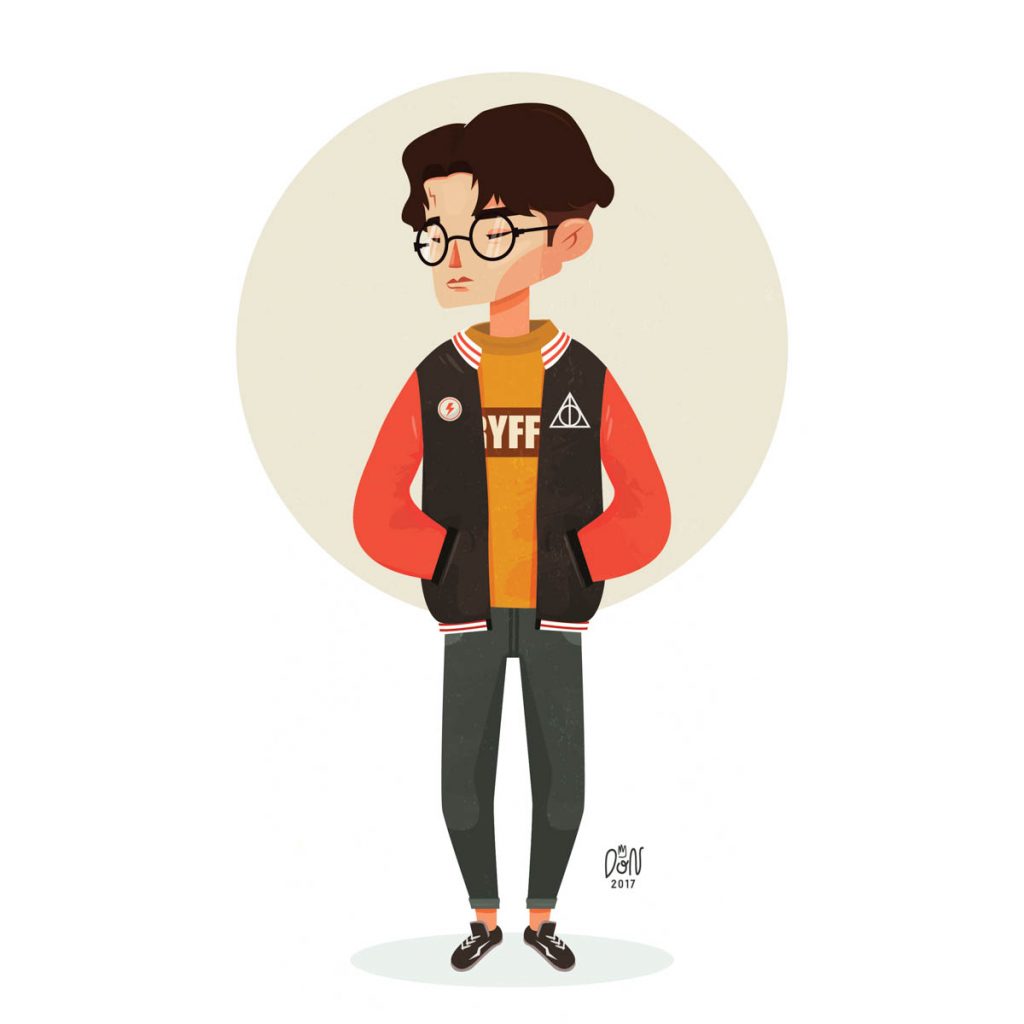 Being able to connect with different kinds of people is why Don enjoys being an active member of different fandoms. “The best part of being a fan artist is when you meet people within the same fandom. It’s really enjoyable because it feels like you’re getting an instant friend,” he says.

Don has been a fan artist ever since he started watching cartoons on TV, citing an X-Men member as the first ever character he drew in his childhood. Although he’s drawn for other fandoms as well, Don is recognized for his art on Studio Ghibli films such as Spirited Away, Howl’s Moving Castle, and Princess Mononoke, with a polished and neat style that is distinctly minimalist.

His advice for aspiring artists and fan artists alike? Be authentic. Bandwagoning isn’t a good idea. “Just do what you love and create fan art because you’re actually passionate about the fandom and not because they’re popular and people talk about it. And always stay creative!” 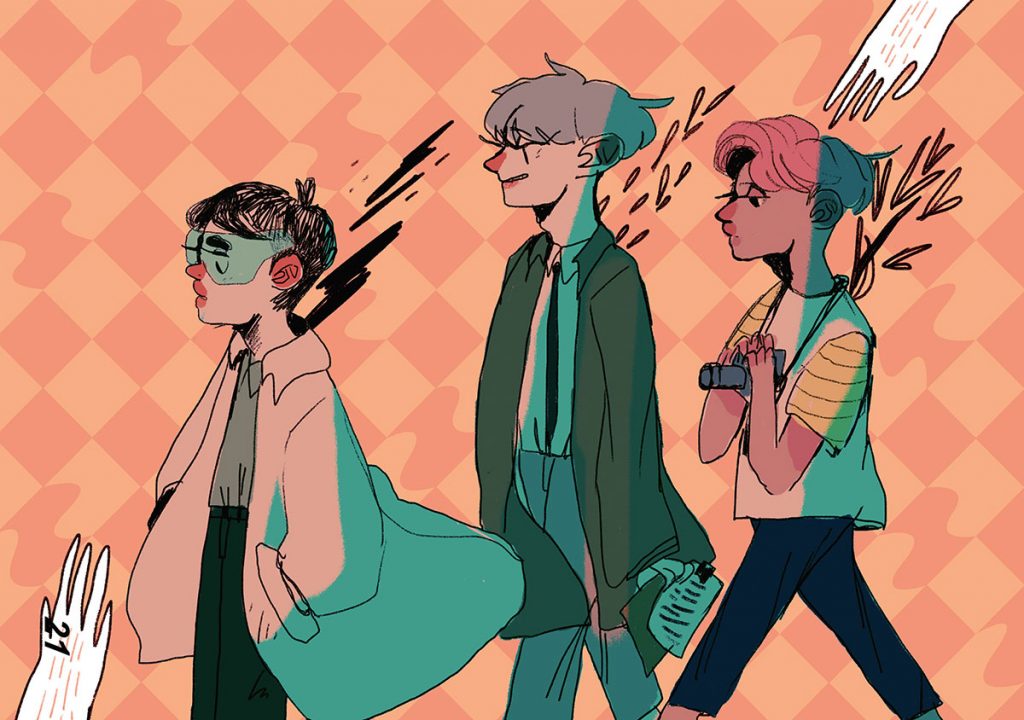 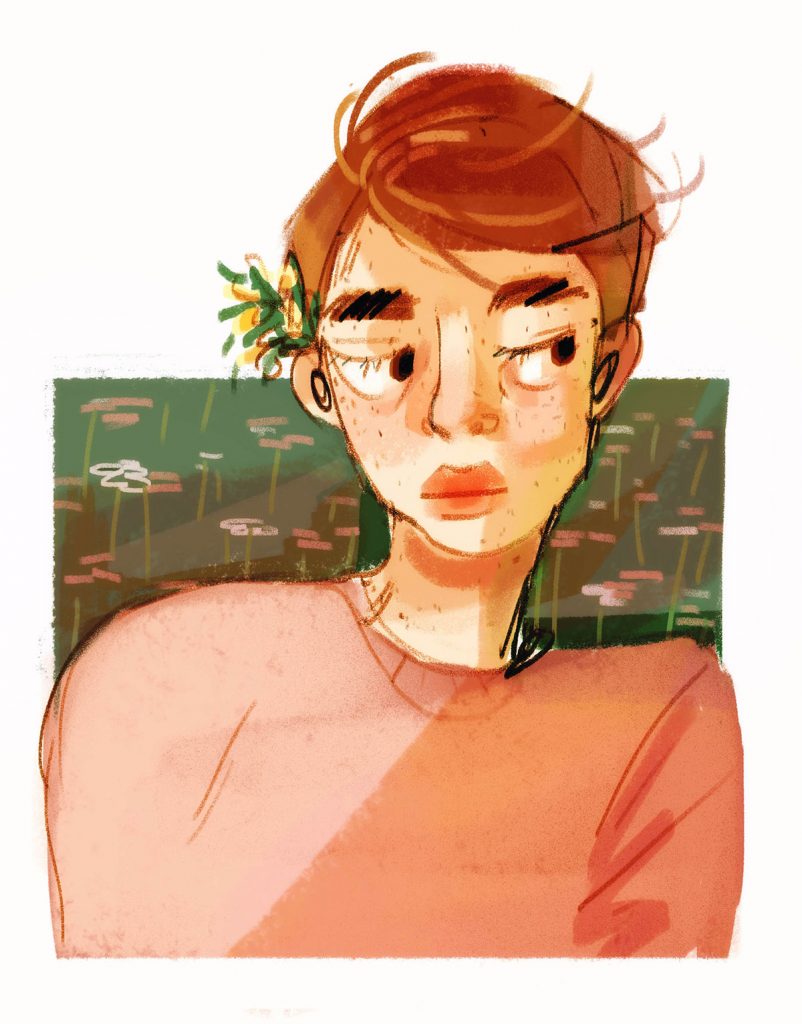 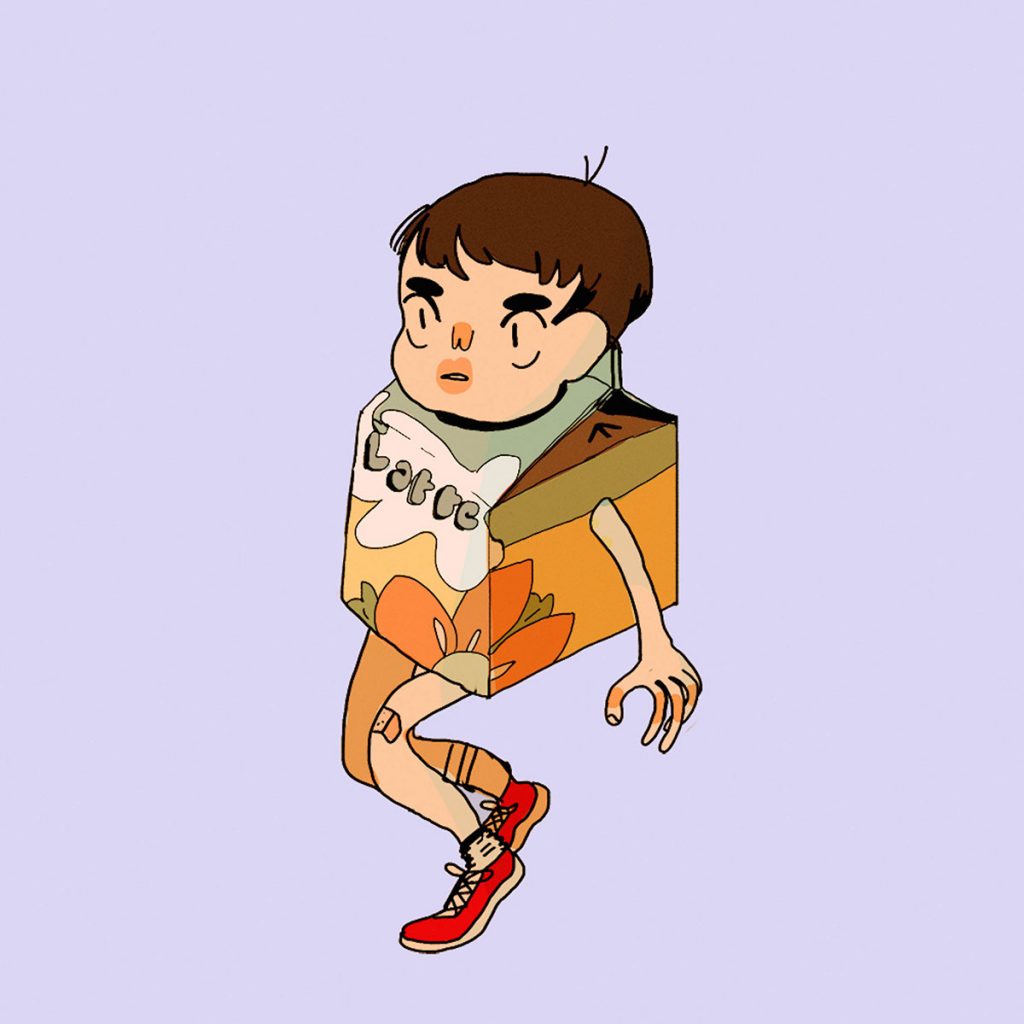 It was love at first sight for Kaila with K-pop group EXO; she’s been a huge fan since their debut in 2012. Though she only began publicly posting her fan art for the group in 2013, she’s garnered a faithful following, that appreciates her otherworldly, exaggerated, and cartoonish style of drawing. Many EXO fan artists portray the members in regular, everyday situations. Kaila, who mentions Roald Dahl novel artist Quentin Blake as an inspiration, illustrates them with aspects of magic realism, such as strange and morbid half-monster creatures or colorful plant beings.

As with the popular argument of fan art’s validity as art, Kaila says, “It’s pretty common to see the whole ‘Fan art isn’t really art!’ kind of comment, and I don’t really agree with it. Fan art was created by someone who had the courage to make something out of their favorite artist, show, or whatnot, and it more than often isn’t even doing any harm to anyone, so I wonder why people would have to look down on a branch of art that way. If anything, fan art helps an artist relate to their audience a little easier than with original work.” 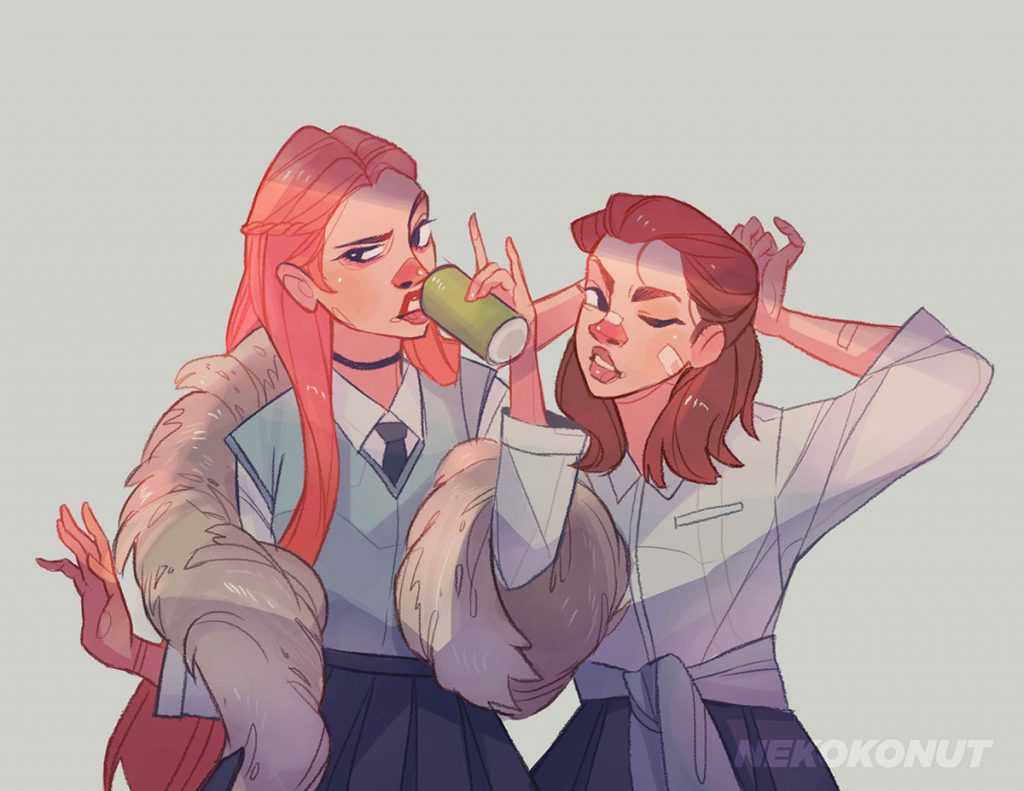 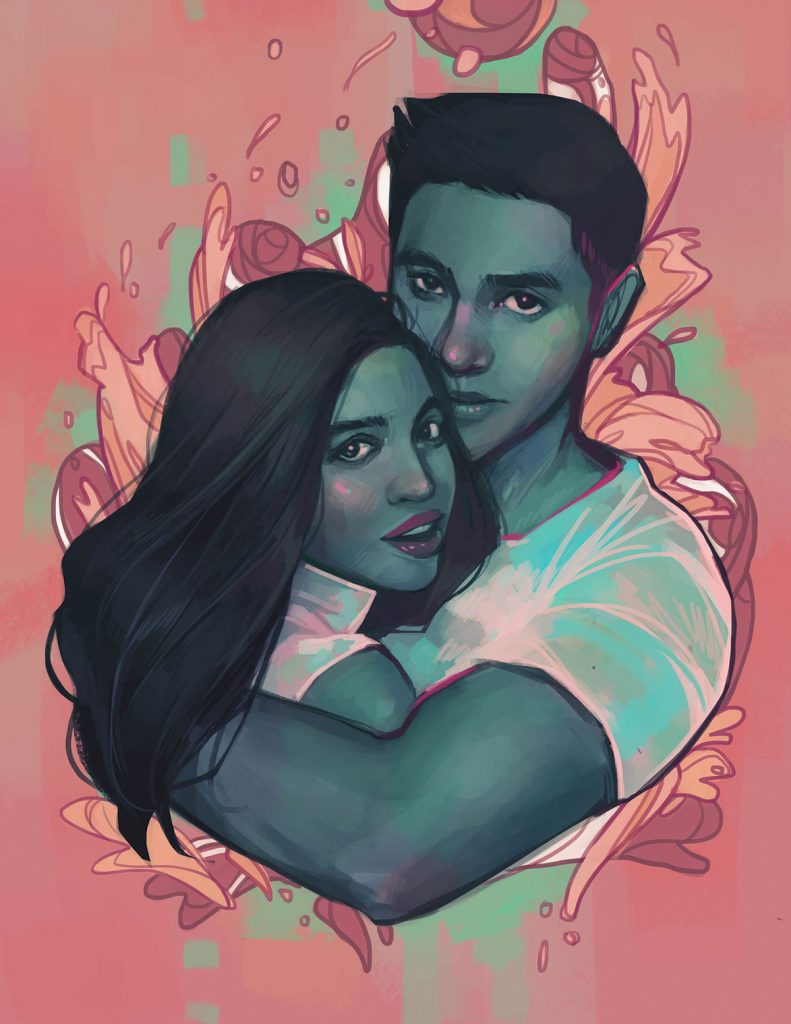 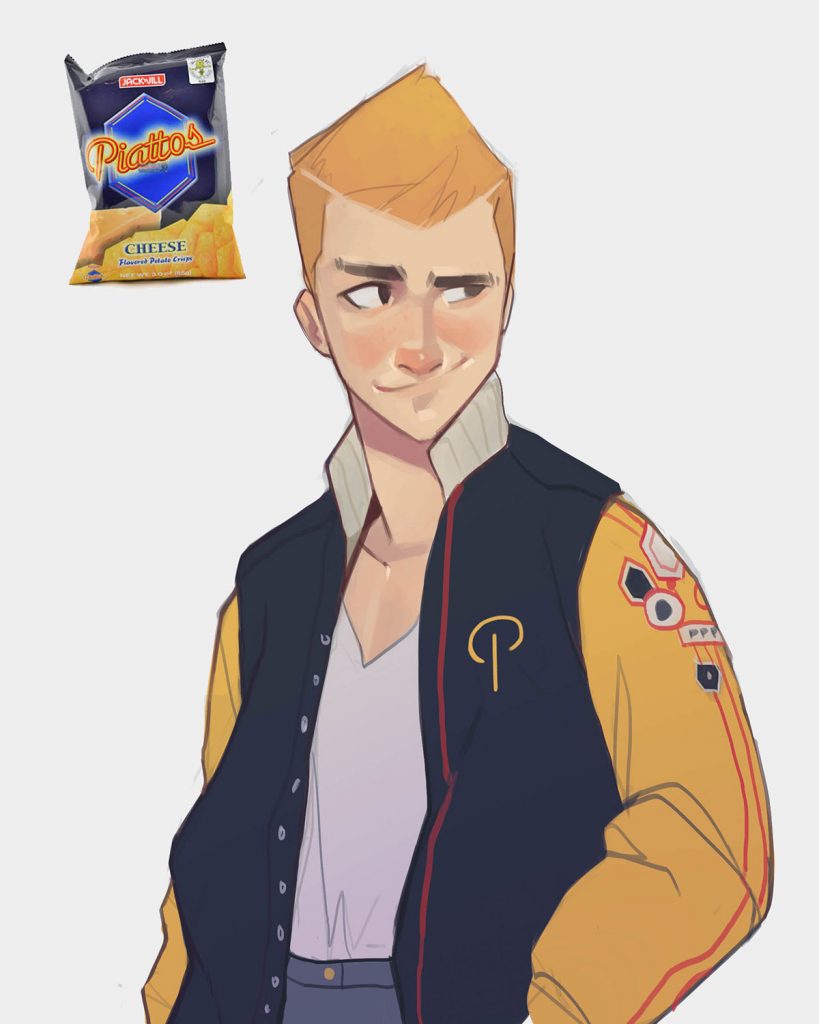 Nicko’s fan art went viral on Facebook for a school assignment. When he was taking his advertising class in university, he and his classmates were grouped together and were eventually required to make viral posts on the popular social media platform. Around this time, different artists on the internet were creating their own personifications of various fast food restaurants. Nicko decided to apply the same concept to local chip brands like Piattos, Oishi, Nova, and the like.

Though fan art is widely embraced all over, a handful still think of it as a shallow branch of art. “Lawakan sana nila ang kanilang pag-iisip. There are a lot of reasons why artists make fan art. Some do it for gratitude to the fandom, some do it to practice their skills, and marami pang ibang dahilan, at hindi yun kababawan.”

Aside from being recognized for his viral art for potato chips, Nicko has also done illustrations of Game of Thrones, and most prominently, AlDub, the powerhouse love team consisting of Maine Mendoza and Alden Richards, of whom Nicko is a huge, huge fan.

Want more of these fan artists? Click on the links on their names to follow them online.

SHARENew year, new obsessions—and we’re plotting a huge part of our headspace for...