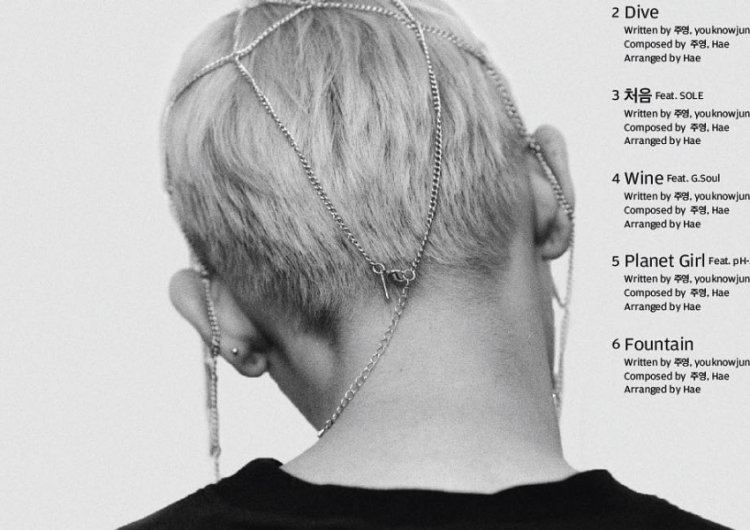 K-pop fans, do you remember Jooyoung? Yes, that Jooyoung, the Starship artist and R&B musician who released Korean bops such as “Wet” and “Erase.” Better commit that name to memory now because after nearly three long years of dormancy due to his mandatory military service, he’s back to have the entire Korean R&B industry #shookt. Fellow artist DEAN is about to get some fiercer competition.

Jooyoung dropped his new mini album titled Fountain today. The six track record features songs he wrote and produced himself along with prominent names within the same genre, such as G.Soul and SOLE. The album was actually barely promoted by his label Starship, leading the soloist to post teasers by himself on his Instagram (talk about a hustle). This isn’t unlike Jooyoung though, who’s posted music (still all bops, by the way) on Soundcloud even while he was undergoing his military enlistment.

Jooyoung’s new single, “Dive,” is a slow and soulful R&B banger showcasing his signature sweet vocals. We’re also loving the aesthetic of the music video as well as his teasers, which gives us an urban vintage vibe.

SHAREIf you need a kick in your step, you can now power up...

SHARECall your otaku friends, because Japan Film Week is back. For its third...