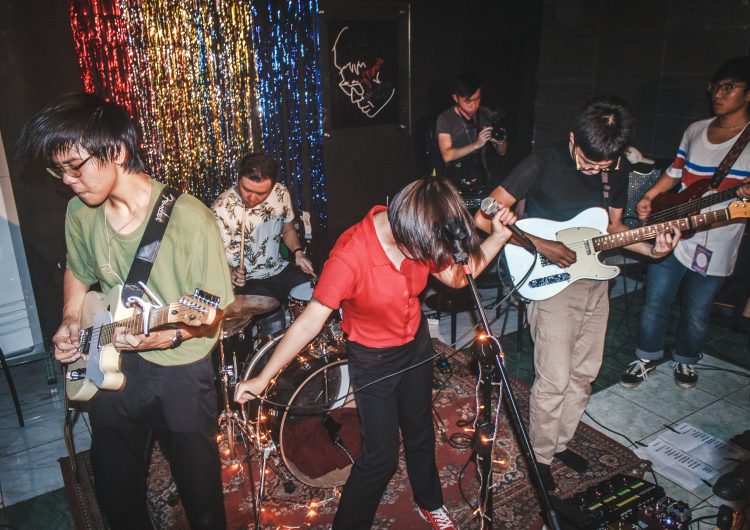 Sobs and Subsonic Eye, who have not had much prior experience performing outside their hometown (besides a stint in Hong Kong with Subsonic Eye a year back), paved a way for Southeast Asian bands to come together and become part of a singular community. While they may come from various backgrounds and cultures and speak different tongues, these young artists had one common denominator that was enough to bridge the two worlds: music. It was interesting to hear about how Singapore’s own music and arts scene fared, in comparison to Manila’s own. Surprisingly, as Sobs’ frontwoman Celine Autumn revealed to SCOUT, Singapore didn’t have a “community” that was as thriving and accessible, due to their limited number of independent artists and go-to places where they could perform and hone their craft. However, she shared that they have found lifelong friends and family in every place they got to visit, particularly, Manila. The two groups were welcomed into the scene with open arms, beginning with an acquaintance party-slash-potluck that took place a day before their show, with in-house mini sets by Anne of Hey, It’s Your Birthday, Pcastlesss, and Routine Protein.

During the main show, visitors got to enjoy an intimate set-up at Mow’s, Quezon City, where they gathered for an evening of low fidelity but high spirits. Hopefully, we get to see more of these artists from other countries share their music with our local ears, while contributing to a constantly growing community that is bigger than your neighborhood dive bar.

Check out Sobs x Subsonic Eye: Live in Manila in photos below.

SHARENo fancams and no context memes have pacified the latest cultural reset a.k.a....