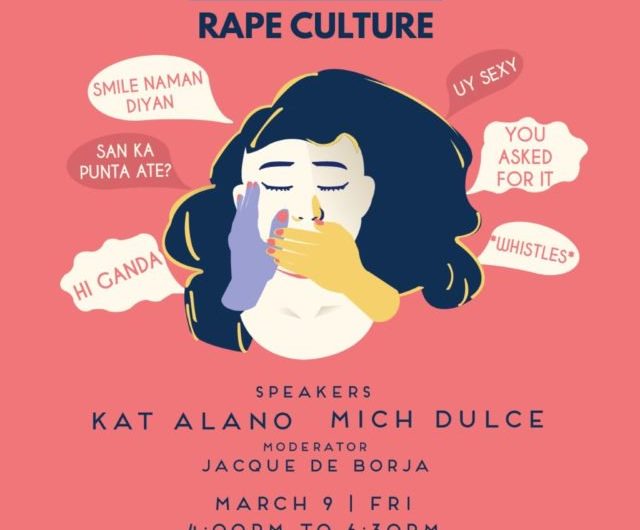 Rape culture is a never an easy topic to swallow, much less speak about to an audience. There are thin lines which one must be careful not to cross, and personal context clues and biases to take into consideration. But of course, there’s no other way to tackle it than head on, which is exactly what will take place at this Friday’s Preen Sessions.

Picking up from their previous Preen Sessions, which concluded that stopping rape culture begins with educating the youth and reforming mainstream media, this talk aims to continue the conversation. And what better place to do that than at a college campus? Taking place on March 9, Friday, from 4:00PM to 6:30PM at the De La Salle University, guests will get to hear from renowned feminists and women’s rights activists Kat Alano and Mich Dulce of Grrrl Gang Manila.

In the heat of the #MeToo Movement, it is everyone’s duty to continue fanning the flames. Ultimately, that starts with equipping one’s self with the proper knowledge and education on the topic, especially in a country such as the Philippines where resources on sex education are stifled by traditional Catholicism and other barriers. Moderated by Preen’s own Jacque de Borja, listen as the speakers talk about how rape culture affects society as we know it, and the roles which both males and females play in the picture.

Join the conversation by registering here.
This event is made possible by Hinge Inquirer Publications, in partnership with De La Salle University Council of Student Organizations.